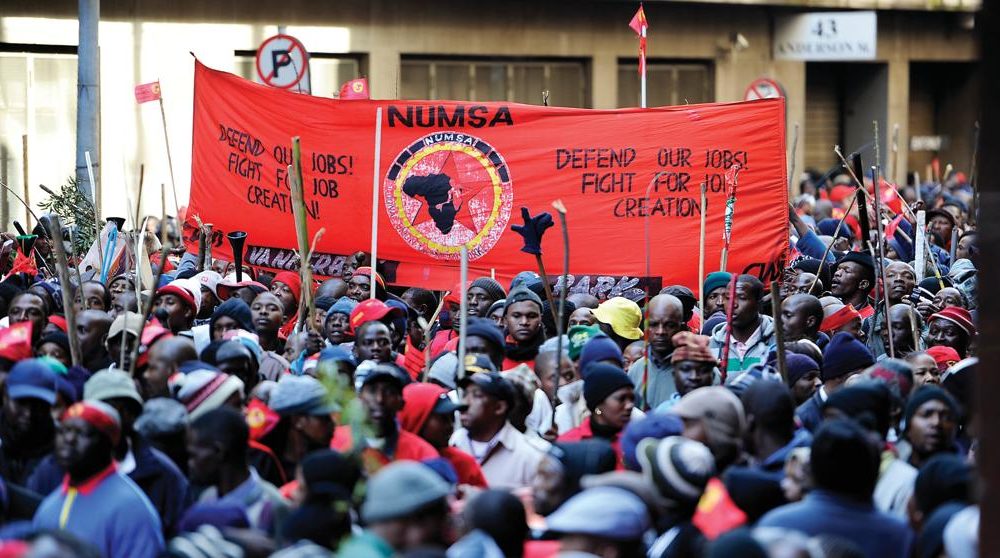 Radical leftists in South Africa and beyond have broadly welcomed NUMSA’s 2018 New Year’s resolution to establish a workers’ party in the near future. It is well known that NUMSA has issued similar calls a few years ago but it is hard to see any lasting and tangible gains for the workers’ movement and revolutionary socialist currents from it. Such calls can be traced back to this labour union’s Special National Congress held in December 2013. At this congress it noted emphatically that “in the struggle for socialism, the working class needs a political organisation committed in theory and practice to Socialism.”(1)

What has the NUMSA leadership done to give practical effect to its radical political declarations and pledges since 2013? Alongside their involvement in the day-to-day affairs of trade unions and bread-and-butter workplace battles, these worker leaders have also promoted the Movement for Socialism before this idea was silently aborted and buried in the aftermath of the 2016 local government elections.(2) In parts of the country (mainly the economic heartlands of Johannesburg, Cape Town and Durban) NUMSA officials have also been at the forefront of building the United Front which set out to be a durable and combative coalition of formations involved in workplace (trade union) and township (social movement) battles. But despite the initial promises, hopes and euphoria surrounding the United Front, enthusiasm for it quickly fizzled out and in localities where it has not grounded to a halt it has become hopelessly dysfunctional. These are telling experiences that hold crucial lessons for new radical left party building initiatives.

What is clear is that NUMSA leaders have struggled to realize their short-term political goals let alone advance the hard and protracted struggle for a radical left political alternative to the ANC-SACP-COSATU alliance. Any serious debate about the prospects for launching a genuine Workers Revolutionary Party, including one initiated or inspired by radicalized union leaders, cannot ignore the obstacles to the realization of NUMSA’s 2013 militant political pledges. The first task to overcome these obstacles is to understand their sources and how they obstruct the mobilization and organization of working people for the overthrow of capitalist barbarism.

Many obstacles arise from catastrophic trends in the size, democratic practices and fightback capacity of trade unions as well as the reactionary politics of its leaders and the narrow political outlook of rank-and-file members. It is no secret that trade unions are not immune to multifaceted economic, social and political attacks of capitalism on working people. This is inseparable from the titanic class war between labour and capital in which the enemies of the workers always aim to sabotage and defeat every attempt of workers’ self-organisation.

Although undefeated, unions in South Africa have not and cannot escape these realities as the setbacks and losses of the last twenty-odd years attest. Stagnation in levels of unionisation has not been reversed. An absolute fall in union membership pervades many sectors (3). This is particularly evident from the South African Federation of Trade Unions (SAFTU), the new union federation NUMSA has helped to create following its expulsion from COSATU, failing to reach its recruitment target for 2018. When the leaders of SAFTU, mainly COSATU dissidents, defend the rationale for its existence, they rest their optimism on the widespread base of non-unionized workers as a huge mass waiting to swell the ranks of the new federation. Hard realities have clearly dashed this optimism — for now.

According to SAFTU’s 2018 New Year’s message “The birth of SAFTU was a most significant victory for workers, a giant step to unite the workers of the country at a time when they were losing hope in existing unions and federations, reflected by the fact that only 24 percent of workers are unionised. The more vulnerable workers who need the unions the most form the overwhelming majority of the 76 percent of workers who are outside unions.”(4) It boasts a membership of 700,000 workers that belong to 24 affiliates, which by and large amount to an amalgamation of splinter unions. With SAFTU only registered in March 2017 it would be premature to assert that its birth signals the end in the retreat and crisis of unionisation. Curiously, the union lifted to prominence on the wave of the 2012 rebellion of platinum miners in Marikana, AMCU, has not affiliated to SAFTU but rather to a federation associated with “Black Consciousness” politics.(5)

But the fall in the size and density of unions is just a symptom of a severely weakened labour movement; a manifestation of a profound crisis. It is crucial to probe deeper than this easily observable fact to unmask the troubles wrecking trade unions today. Clearly, the expulsion of NUMSA from COSATU brought into the open deep and widespread divisions across the country’s union movement. This disunity makes a mockery of COSATU’s rallying cry: “An Injury to One is An Injury to All.” Moreover, the age-old diseases of craft and industrial parochialism still impede working-class unity, diseases that have proven to be hard to eliminate. Bitter rivalries among the union officialdom, splits and fragmentation, remain formidable barriers to unified working class action, except for the occasional joint protests around this or that grievance. How far do these ad hoc battles for reforms go to mobilize and organize working people for the social revolution against the capitalist system in its totality?

Virtually every union leadership claims that it upholds democracy inside the union and that it functions under the direct control of rank-and-file members. But this is mere lip-service when the bulging apex of the union apparatus is taken into account and how the wealthy officials run the unions as if these are fiefdoms of bureaucrats. Unions are notoriously bureaucratized with the officialdom actively promoting union investment companies financed with the dues of workers. This is but one channel through which union bureaucrats abuse the apparatus for the accumulation of private wealth.

The latest NUMSA appeal to radical left forces to help build a working class party rooted in the trade unions must be assessed in the context of recent dynamics in South Africa’s union movement. These dynamics within the labour movement confront the NUMSA appeal with many unanswered questions. One crucial question turns on what the historical limits of trade unions mean for constructing a workers’ revolutionary socialist party at present. After all, downplaying or deliberately masking the limitations of trade unions does not serve the social revolution against capitalism. Unlike trade unions, an anti-capitalist working-class party cannot mobilize workers because they belong to a specific industry or union. As an instrument of workers to win political power, a workers’ party must unite all workers (employed and unemployed; those inside and outside unions) and their allies around the political demands and aspirations of all working people. To date, NUMSA leaders have failed to put forth such a unifying political platform to mobilize the labouring majority into a powerful revolutionary force.

Peter Jacobs is a political activist from South Africa, member of APDUSA, and scholar at the Human Sciences Research Council.

5 The Association of Mineworkers and Construction Union (AMCU). (2017) AMCU Has No Working Agreement With SAFTU. 25 May 2017. http://amcu.co.za/2017/05/25/amcu-has-no-working-agreement-with-saftu/. AMCU attracted members from both disaffected members of the National of Mineworkers and militant strike committee members.