Protests Grow in Sudan against Increasing Food and Fuel Prices

Demonstrations against rising food and fuel prices have reached Sudan, where demonstrators are calling for the fall of the military government. 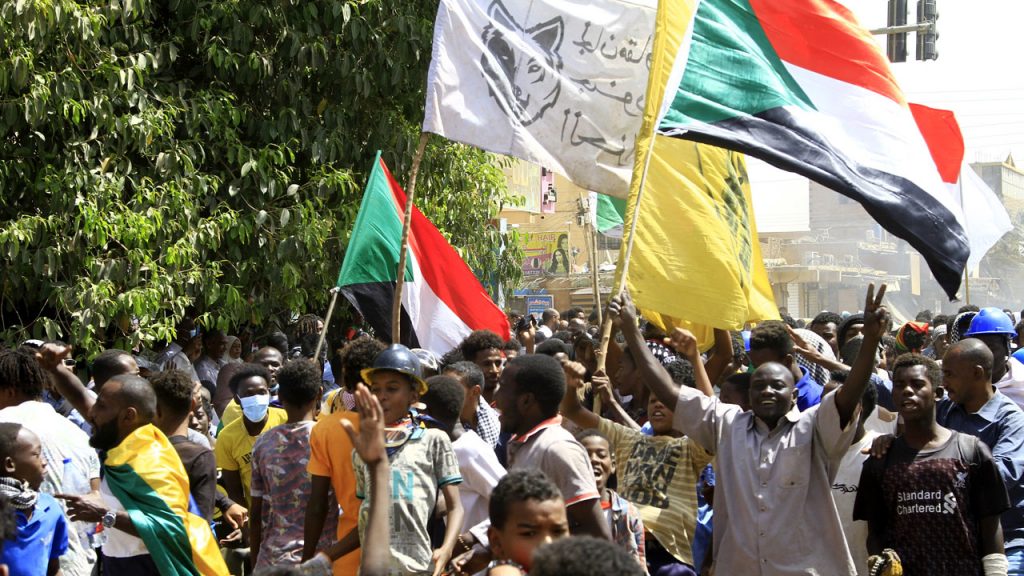 In recent days, thousands of protesters have marched through the streets of the Sudanese capital Khartoum and other cities across the country as anger mounts over rising electricity, fuel, and bread prices. The demonstrations add to the social unrest that began with the October 2021 coup in which the military government took power.

A UN World Food Program official said that nearly half of Sudan’s population faces acute hunger, twice as many people as last year’s estimate. Prices of food and other essential goods can rise even in the course of a single day: on Sunday, the price of bread rose from 35 to 50 Sudanese pounds ($0.07 to $0.11), and the cost of transportation rose by 50 percent. The military government also devalued the local currency last week to 610 Sudanese pounds against the dollar. This means worsening living conditions and lower purchasing power for the Sudanese working-class.

Thursday’s march was the third and largest this week in the capital. Demonstrations were also reported in Port Sudan, Gadaref, Atbara, Nyala, and elsewhere. Protesters are being met with harsh police repression. In Khartoum, protesters marched to within 400 meters of the presidential palace, defying a crackdown by armed soldiers using tear gas.

These mobilizations come days after protests led by high school students in Damazine, 800 kilometers (497 miles) southeast of Khartoum. Meanwhile, railway workers in Atbara, 250 kilometers (155 miles) north of Khartoum, began a strike on Saturday that they say is indefinite. “The situation has become unbearable; we have not been paid for two months,” one worker explained.

In recent days, Albania and Iraq have also seen protests over recent fuel and food price increases resulting from Russia’s invasion of Ukraine, which together account for nearly a quarter of the world’s wheat exports. The two countries are also major exporters of corn, barley and other grains on which much of the world depends for food.

The demonstrations in Sudan have fanned the flames of protests against the military coup that took power from the transitional government in October. The military had formed the government with civilian sectors after the 2018 mobilizations that ended the dictatorship of Omar al-Bashir. After several decades in  power, al-Bashir fell months after announcing that the price of bread would be tripled, deepening the already miserable social conditions in the country.

It is not for nothing that the UN warns of a wave of global famine accelerated by the war in Ukraine. Many analysts are predicting a “bread war,” i.e., a new tide of uprisings and rebellions which some even describe as a new “Arab Spring.”

Originally published in Spanish on March 18 in La Izquierda Diario.