There are clear links between big business, climate change and the devastating floods in western Germany. 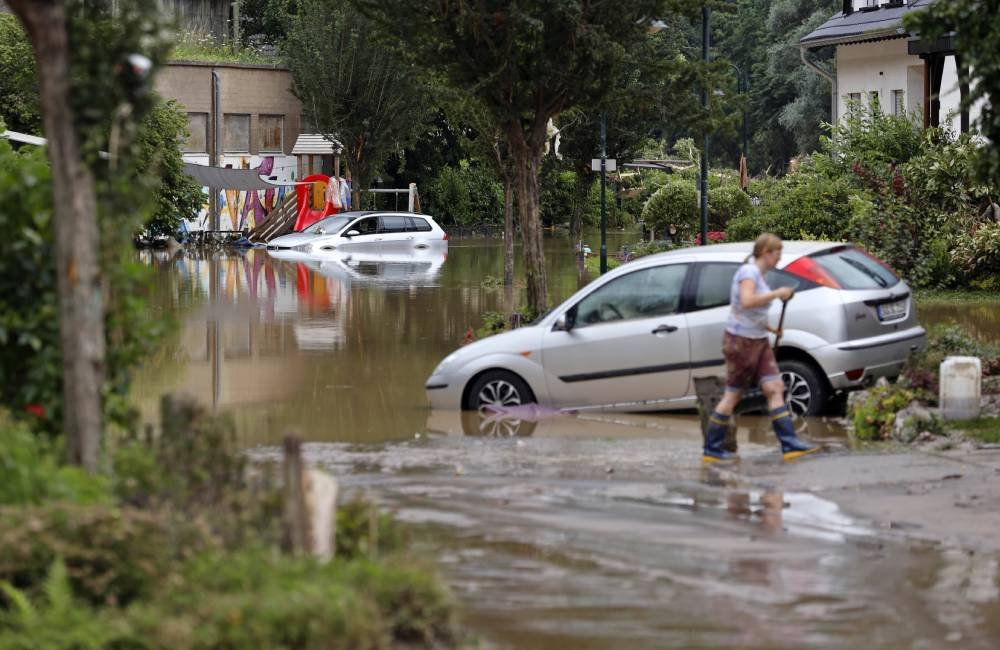 In recent years, cities from San Francisco to Sydney have been covered in smoke. In Central Europe, however, things have felt safe — in Berlin, climate change has only meant somewhat hotter summers.

As floods ravaged western Germany last week, even militant atheists had to think of the Book of Genesis. At least 122 people were killed just in the county of Ahrweiler. It’s hard to process the images of destruction straight out of a dystopian film. Just a few years ago, we used to think that climate change would be devastating for our grandchildren. But the devastation is here now.

Many factors contributed to this catastrophe. German authorities were informed by meteorologists more than a week in advance. How could they possibly have failed to sufficiently warn the population? I heard one radio announcement from the region talking about “heavy rains” and not, you know, “your house is going to get swept away by eight metres of water.”

Denialists will say that this kind of thing has always happened — this was a “100-year flood.” But Germany’s last “100-year flood” was in 2013. And before that in 2002. This century has just barely begun and we have already had three of them.

This is a result of climate change. Global temperatures have risen about 1 degree celsius since the beginning of capitalism. That leads to 7 percent more moisture in the atmosphere — and all that water needs to go somewhere. This is what turned small streams, within a few hours, into the Amazon.

It is counterintuitive, but the changing climate leads to all kinds of extreme weather events. This includes worse floods but also worse droughts. Global warming has caused heat waves of 50C in British Columbia, but also a cold snap of -20C in Texas.

As Greta Thunberg said, we should be panicking. 2021 is not only shaping up to be among the hottest years on record — it will also likely be among the coldest.

Yet responses by German politicians have been almost shockingly subdued. They promised emergency aid to rebuild destroyed houses — but what about measures to keep the planet from warming further? Armin Laschet of the CDU is the prime minister of one of the Bundesland that sank under water, and he has a good chance to become Germany’s next chancellor. Asked if this gave him a new sense of urgency to fight climate change, he said that one can’t change policies “because of one such day.”

Annalena Baerbock of the Green Party, with somewhat worse chances to become chancellor, had an almost equally empty response: we need to “really top up the climate protection measures.”

This is an emergency. Yet both the CDU and the Greens agree that lignite coal mining (some of the open-pit mines were actually damaged by the flooding) should continue until 2038. There are currently not even plans to stop inner-German flights.

Every gram of additional CO2 in the atmosphere will lead to more catastrophes like the recent floods. Shouldn’t we stop fossil fuel extraction this second? What about ending the production of all cars (including incredibly destructive electric cars) in order to focus on public transport?

Instead, politicians and companies can offer are nice words. I can’t stop wondering: aren’t Laschet and Baerbock just a little bit worried that their children and grandchildren will be trapped on a planet that is so hot that it cannot support human life, or at least human civilisation?“After me, the flood” is the watchword of every capitalist and of every capitalist nation.

Capitalists and their politicians certainly understand what is going on. They clearly expect that they can use their wealth to escape the worst effects of the catastrophe — perhaps moving to Mars. But the problem is deeper than that. Capitalism requires constant accumulation, where each quarter needs to generate greater profits than the previous. So it’s not that capitalists don’t care about the world burning — it’s more like they can’t. If they cared too much about the destruction caused by endless accumulation, to the point that it affected their bottom line, they would soon get bought out by other, less scrupulous capitalists, and have to work for a living.

We need an alternative

But is there an alternative? Is buying and selling on a marketplace the only way to organise a human society? I would say: Look at what is happening in the flooded areas. People from all walks of life are helping their neighbours — people are coming from far away to provide relief. At the moment, no one is thinking about how to make a buck off the suffering.

We are constantly told that some kind of “human nature” makes people selfish and greedy. But why would this “nature” recede precisely when people are in greatest need? If human beings can work together to recover from a catastrophe, why wouldn’t “human nature” allow us to work together every day to provide food and shelter to everyone?

As Walter Benjamin wrote, capitalism functions like a religion. We are indoctrinated so thoroughly by this death cult that it is impossible to imagine any other form of society. Yet in a crisis, people are roused from this conditioning, and begin to act like real humans, rather than value-producing automatons.

In the coming years, we are going to see more and more catastrophes of biblical proportions. Today’s secular gods, like Jeff Bezos and Elon Musk, have no intention of using their wealth to save us — they have made clear that they intend to escape from the planet they are destroying. Our only hope lies in the intense spirit of solidarity seen among the flood victims. We need to make that solidarity universal, global and permanent. We need a system based on solidarity, rather than on accumulation for a tiny minority.

This article was first published in Exeberliner