The Rochester AFL-CIO Labor Council recently called on the National AFL-CIO, all of its affiliate unions, and all other labor organizations in the U.S. to enact a general strike if Donald Trump attempts to steal the election. 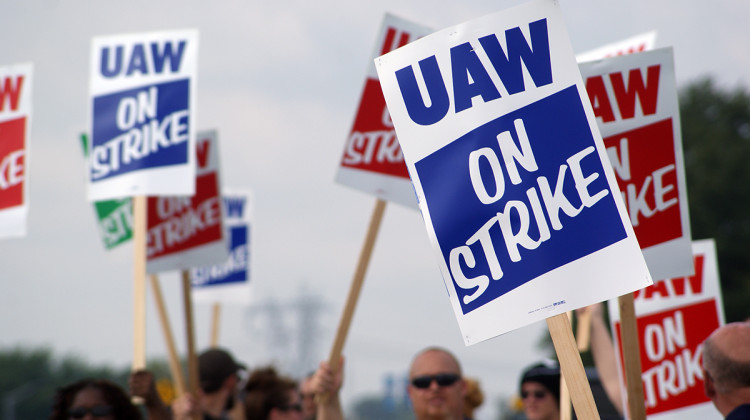 The statement reads, “be it finally resolved that the Rochester Labor Council, AFL-CIO calls on the National AFL-CIO, all of its affiliate unions, and all other labor organizations in the United States of America to prepare for and enact a general strike of all working people, if necessary, to ensure a Constitutionally mandated peaceful transition of power as a result of the 2020 Presidential Elections.”

This comes in the midst of Trump’s outright refusal to commit to a transfer of power if he were to lose the election, as well as attempts to lay the groundwork for this by casting doubt on mail in ballots. As the Rochester AFL-CIO points to in their resolution, “numerous public officials, including the President, have begun a concerted campaign of dismantling of key infrastructure, such as the U.S. Postal Service, engaged in clear acts of voter suppression and misinformation designed to sow mistrust in the integrity of our national elections.” Postal workers have quietly and heroically resisted these efforts, again showing the central role of the working class.

These workers are completely right. Florida courts effectively permitted the state to impose a poll tax on disenfranchised formerly incarcerated people who were recently granted a right to vote. In Texas, there is only one polling station per district. And Republicans put up fake ballot drop-boxes in California.

This statement also comes in the context of increased right wing attacks against activists, with the support of the President. The resolution also highlights this saying, “The President has failed, on multiple occasions, to denounce the activities of white supremacist and fascist militias and organizations that have stated desires to overthrow American democracy.”

The union did this without giving support to either party, beginning the text by saying “Rochester Labor Council, AFL-CIO is committed to the defense of democratic rights and the institutions of democracy regardless of party affiliations in our nation.”

As we argued, Joe Biden and the Democrats won’t stop election rigging. Just look at the way the Democrats are completely reconciled to the possibility of anti-choice, ultra-conservative Amy Coney Barrett on the Supreme Court. They couldn’t muster not one even symbolic act of defiance. Look at how the Democrats just gave up in the face of the Supreme Court decision in the 2000 Bush v. Gore decision. As we claimed, the Democrats won’t stop Trump — but the working class can. And the Rochester AFL-CIO knows it. They say, “Whereas, united working people refusing to work across the nation have a greater power than any political machinations of aspiring despots.”

“The extreme risk currently posed to the historic institutions of democracy in our nation may require more widespread and vigorous resistance than at any time in recent history,” said the Rochester Labor Council in a statement. “The most powerful tool of the Labor Movement in our history has been the power of the General Strike.”