‘Rumblings of a Coming Storm’: An Anticapitalist Play

On Saturday, the Dixon Place theater in New York will present “Rumblings of a Coming Storm,” a movement theater piece about oppression and exploitation under capitalism. Set to a text by Lucy Parsons, the play tells a story about revolution and shows why it’s necessary. Left Voice spoke to the play’s creator and director, Ezra Brain. 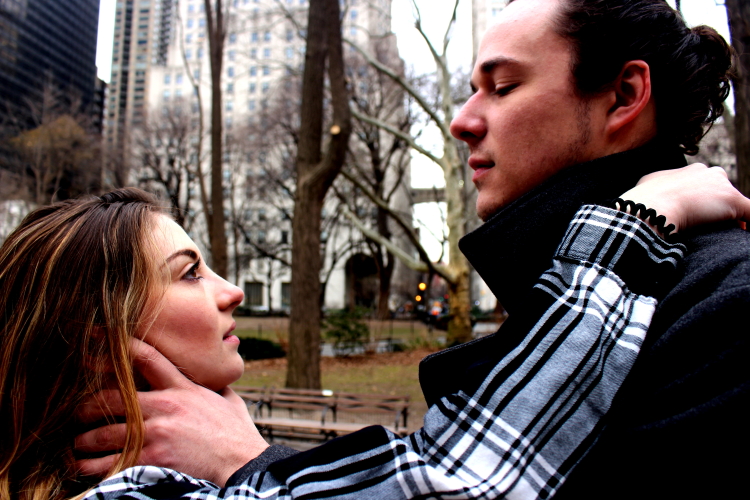 What is this play about?

The play is about the fundamental conflict and contradictions of capitalism, and so we have one actor who plays the worker, who just wants to dance, so their only physical movement is dance. And then we have another character who plays the boss, whose physical movement is violence, and so we see the oppression of capitalism by contrasting these two movement vocabularies, violence and dance. This is all set to voice-over text from Lucy Parsons, the anarchist from the 19th and early 20th century. And that voice-over is actually done by the worker, so what we are trying to do is show a kind of tradition, a line and a lineage from one radical movement to the current radical movement and the current material conditions.

So often in America we try to make every situation a unique occurrence, but a lot of it is not. Obviously, there are unique conditions, but a lot of it comes from a past traditions, from things we see playing out again and again and again. So we see this idea of history reflecting itself and repeating itself. So the play is about capitalism and how we need to overthrow it with a proletarian revolution, in a nutshell.

Why do you think that this is an important play to watch in today’s political context?

The play is important to watch in this political context because there are a lot of similarities between what Lucy Parsons is talking about and what’s going on today. She is speaking and writing in the lead-up to World War I, and then after that into the Great Depression. And so she is talking about the rise in unionization and labor struggle, which is something we are seeing the beginnings of in this country, and she is talking about worldwide unease – the capitalist peace is breaking down. It has not fully broken down yet, but the cracks are beginning to show. We just had the Arab Spring a couple of years ago, we have Donald Trump in America, we have the rise of fascism globally.

There is a moment in the show where Parsons talks about the rumblings of the coming storm that will overtake the world by the end of the 20th century, and obviously she was wrong, right? We did not have a worldwide revolution by the end of the 19th or 20th century, but I think that idea that everything is about to blow up is something Parsons was talking about then and that we see now. As more people are getting involved in leftist politics, it’s really important to understand that this isn’t new, that the fight against capitalism is almost as old as capitalism, and that there are great thinkers and writers and revolutionaries and radicals who have come before, and if we study them, we can learn strategy and we can learn rhetoric and we can learn all these things from our elders who failed. If we don’t study our history, we won’t be able to develop our strategy and our program effectively.

Why did you choose Parsons’s work for the text of the play?

I think Lucy Parsons is a great writer who sums up not only the fundamental issues of capitalism but also how rage feels. One quote of hers we use is “I want every dirty bum to arm themselves with a pistol or a knife and lie outside the palaces of the rich and shoot or stab them as they come out. Let us kill them without mercy, let it be a war of extermination.” That is not particularly politically nuanced, and Lucy Parsons is not particularly nuanced, but I think that lack of nuance is really helpful to drama and works in a dramatic setting.

We were trying to find a way of creating political art that didn’t feel didactic or boring. We wanted to be full of rage and fire, but didn’t want it to feel like school. I disagree with a lot Parsons politically, and we had to cut some things because they were wild, right? She talks about how organizations are bad for organizing. She talks about how sex work is an evil of capitalism that should be abolished, and we don’t agree with that. But I think she sums up the situation, which is why we chose her. She is also just a really fascinating figure who more people should read about.

What do you want the audience to take away from the play?

The theatre and even the experimental theatre scene in New York is still relatively liberal, very pro-Democratic Party, though more in favor of the Alexandria Ocasio Cortez branch of it. But it’s still relatively within the false binary of the two-party system, and so one of my goals with this piece is to create something that forces the audience to deal with the necessity of revolution, so we end with the Lucy Parsons quote that I mentioned earlier – thich is something that I think the vast majority of the audience would disagree with if we just presented it, so we worked backwards with that line as the end. We wanted to get the audience to agree with that line, to show that revolution is necessary. And so I want the audience to understand the necessity of proletarian revolution. Also if they got more into radical politics or read more radical writers, I think that would be a plus.

Get your tickets for the play, which will show at Dixon Place at 10 p.m. on Saturday, April 13.