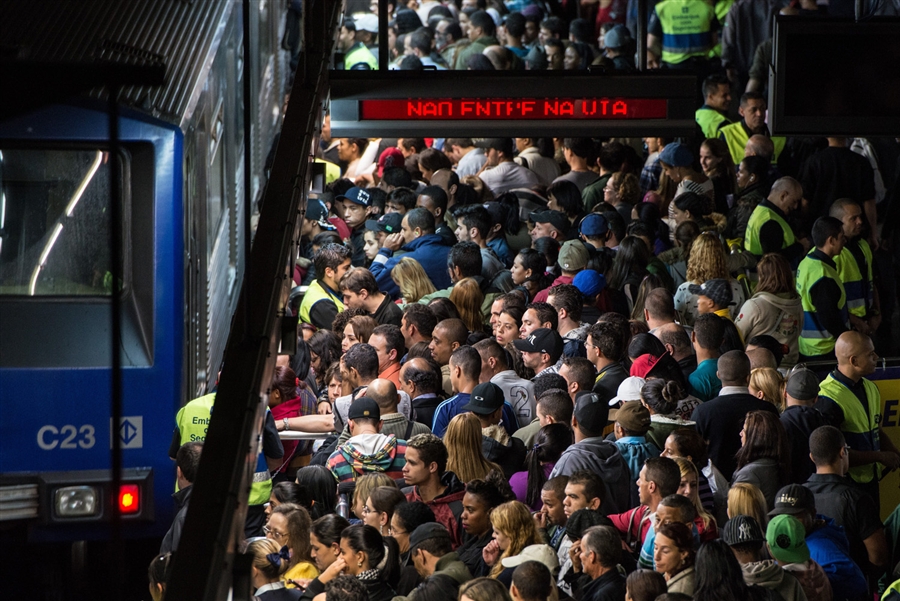 In an effort to resist President Temer’s countless attacks on workers, bus drivers and metro workers in São Paulo voted today to go on a 24-hour work stoppage. They join the national teachers’ union, steelworkers, public utility workers, and bank workers who will also stop on March 15.

São Paulo is the largest city in Brazil with almost 12 million people, putting it among the top 15 largest cities in the world. The São Paulo subway system is the second largest in South America, with a length of almost 50 miles. 4.6 million people take the subway every day. Yet, on March 15, that subway system will come to a stop in order to protest austerity measures proposed by the government.

The Temer administration’s plans include radically pro-business reforms to existing labor laws, a massive cut back of retirement benefits, laws that incriminate organized labor and strike action, the wholesale privatization of public services and cuts to education, among others. These pieces of legislation profoundly undermine workers rights and the rights of marginalized peoples.

This is what the Temer government was put in power to do. Last year opposition parties, business interests and the judiciary orchestrated an institutional coup which brought to power the current right-wing administration headed by Michel Temer, which is now pushing through these policies.

The Brazilian economy is in a downward slump for several years now. Furthermore, half of Brazil’s tax revenue is transferred to banks through debt interest payments. Yet, the Temer administration tries to place the burden of the current economic crisis on workers by crippling their livelihoods with the proposed cuts.

There will be several other sectors of the Brazilian working class that will stop on March 15. In Rio de Janeiro, the bus drivers will also engage in a work stoppage. Essentially all teachers in Sao Paulo will also be on strike on the 15th. In Sao Paulo, these stoppages take place despite threats from the governor and mayor.

While the 24-hour work stoppage is an important display of resistance, only a concrete plan for action that exceeds a single day will be able to resist the administration’s attacks. It is imperative now to engage workers in democratic assemblies to vote for a coordinated strike action. To that end, national trade union centers must be pressured into organizing and mobilizing their rank and file rather than negotiating with the administration or focusing their energies on future electoral campaigns.

Already we see multiple examples of resistance to the austerity measures. The most recent mayoral election cycle saw a massive turnout for leftist candidate Marcelo Freixo in Rio de Janeiro. In the University of São Paulo last week, students, faculty and staff confronted the police in a demonstration against massive layoffs. In Rio de Janeiro, state water and sewage utility workers, together with students and teachers fought against plans to privatize the water company. These acts attest to a desire to resist and defeat the capitalists’ attacks. The central task for the left is to organize a plan of action with rank and file workers that can effectively defeat Termer’s austerity plans.