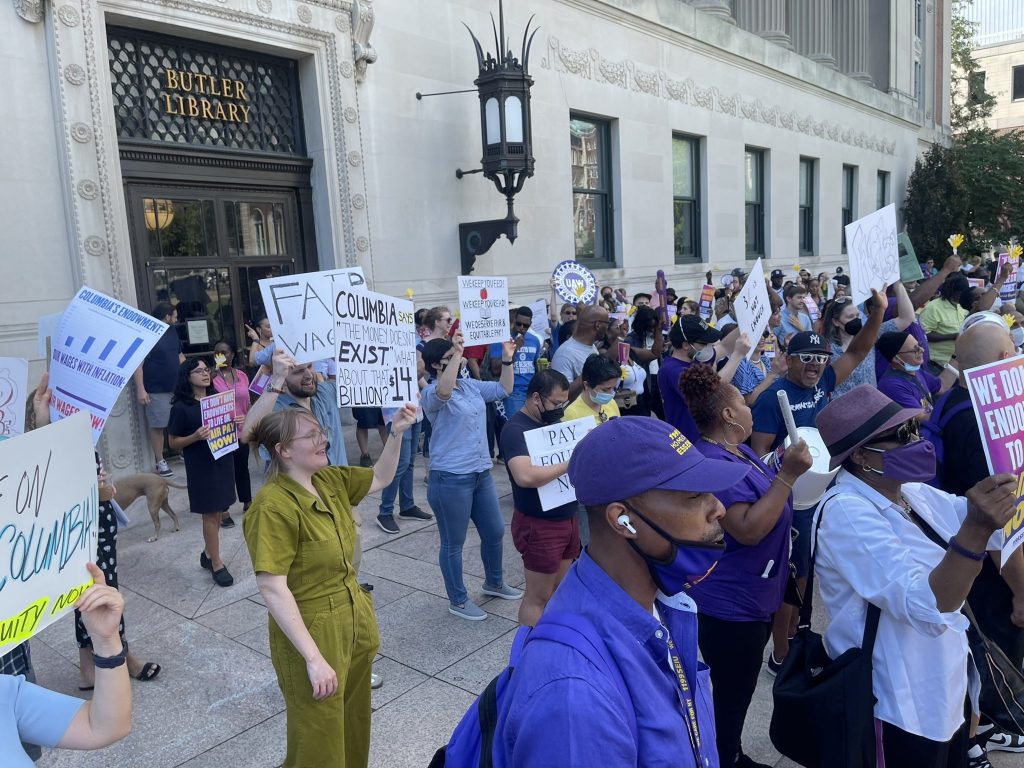 Dining, clerical, and technical staff at Columbia University, unionized with SEIU 1199, are waging a “Vote No” campaign after their union leaders agreed to an unacceptable tentative agreement. The proposed contract offers only three-percent raises per year, when inflation is hovering around nine percent — an effective pay cut. Library officers who supervise some of these workers are receiving raises of six percent, which is also far too low. This is the result of closed-door bargaining divorced from the rank and file.

Rank-and-file volunteers were recruited to serve as contract captains back in June, but were routinely excluded from the negotiations. This left them incapable of fulfilling their primary duty of informing and mobilizing other members. These contract captains repeatedly proposed and volunteered for tasks like phone banking and creating video testimonials, but then never received details on how to participate. Information on how to attend both organizing meetings and picketing events was hard to come by, limiting participation.

These workers’ open letter to union leaders lists incident after embarrassing incident of exactly why their members have no faith in the local’s interest or ability to negotiate a strong contract for them. At the workers’ second picket, for example, they were joined by members of the Columbia Support Staff Rank-and-File Movement (a caucus within UAW-Local 2110) as well as workers from the graduate student and postdoc unions on campus, yet the picket was still relatively small.

Columbia University ran a budget surplus last year, and has an endowment of $14.35 billion. And as the rank and file of 1199 at Columbia point out, the university is also one of the biggest real estate owners in New York City. Therefore, Columbia raising its rents is likely to have played a large role in both causing and benefitting from the rising housing costs around the city.

To make matters worse, the Local is withholding the full text of the tentative agreement and requiring that workers vote in person — likely impossible for remote workers. The union leadership and the university are conspiring to push through this inadequate contract in the final days before students return to campus, because they know that student solidarity will continue the fight and make contract negotiations stretch out longer. Rank-and-file workers know the power of on-campus solidarity — it played a significant role in the success of the Student Workers of Columbia (SWC, UAW Local 2710) strike last spring.

Workers should join together and refuse to accept a contract that doesn’t meet their needs. Solidarity with the Columbia workers of SEIU 1199, their comrades and colleagues in the Columbia Support Staff Rank-and-File Movement, and with all bargaining workers!