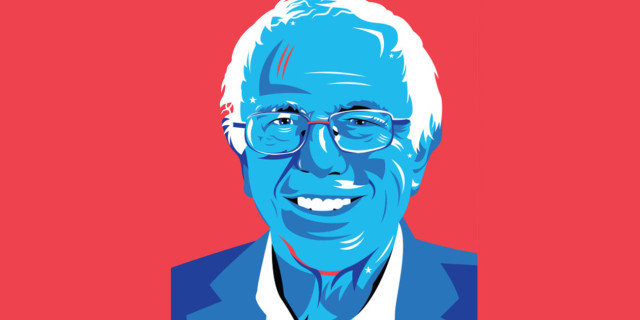 As the DSA’s membership participated in an online advisory vote, the New York City Socialist Feminist Working Group held an open forum on Sunday to debate the issue. Over 60 people attended the forum and over 2,000 people have watched the live stream on the Working Group twitter and on Left Voice.

The organizers provided a socialist feminist framework for the debate, outlined at the start of the forum. Alexandra Walling, the working group’s membership coordinator, said, “Our feminism and our socialism must be intersectional and anti-racist and anti-imperialist. We reject a version of socialism that is class-reductionist, and we know that universal demands are ones that arise from recognizing the shared features of the particular oppressions we all face under capitalism.” Within these parameters, there was an introductory panel and later a debate and discussion among participants. Prior to the panel, the Socialist Feminist Working Group sent out The Bernie Advantage and The Socialist Case Against Bernie 2020 to frame the in-person discussion.

Alexandra encouraged the audience to ask,  “What does Bernie Sanders’ campaign for president in 2020 mean for us, both locally in New York City and nationally?  How would endorsing Bernie Sanders affect our work to advance socialist feminist politics? If Sanders wins power, will he be able to govern as a socialist? …  If we choose not to endorse Bernie Sanders, how can we engage his millions of supporters who are hankering for more direct conflict between the working class and capitalists than we’ve seen for a generation?”

These are the big questions facing the DSA that the panel, as well as the participants, were asked to grapple with.

Emma Caterine, member of the Socialist Feminist Working Group and of the Socialist Majority caucus, spoke in favor of endorsing Sanders: “Socialism is not comprised of Bernie Sanders. Socialism is comprised of the movements forming around Bernie Sanders, and it is the only thing that will save us. We need to seize power now. Electing Bernie Sanders is the only way to do that quickly enough to save millions from the war Saudi Arabia is waging against Yemen, it’s the only way to save the hundreds of thousands of our neighbors who will be killed by the levels of deregulation currently happening due to the Trump administration, and it’s the only way to save the future of humanity on this planet from climate catastrophe.”

On the other hand, Tatiana Cozzarelli of the Socialist Feminist Working Group and member of Left Voice editorial board argued, “I’m not here to dispute that Sanders has some very progressive proposals – he does! What I am here to dispute is that the largest socialist organization in past 30 years should not overlook bombs in the Middle East, funding the border wall, voting for the criminalization of sex work, and more in the hopes of getting those progressive things, which we aren’t even sure if we’ll get. This isn’t about purity politics. It’s about the DSA as an organization putting intersectional, socialist feminism into action.”

This introduction was followed by an hour-long discussion on the issue of endorsing Sanders. One of the participants in the debate, Katherine Whalen said, “I really appreciated the fact that we were able to come together in the spirit of comradely discussion. This is an incredibly important question for us as an organization, and I’m glad we were able to talk about it in good faith.” The audience brought up the need to participate in a massively progressive phenomenon, be with and among the masses of enthusiastic Sanders voters and win immediate reforms such as Medicare for All or stopping the bombings in Yemen. Others spoke about imperialism and a Sanders endorsement going against socialist feminist principles. At the end of the debate, all people who were at the meeting, whether members of the DSA or not, were invited to take part in a straw poll on the question of whether the DSA should endorse Sanders. The result was Endorse: 17, Don’t Endorse: 19, Abstain: 5.

Yesterday, the DSA’s advisory poll numbers were published, with 76% in favor of endorsing Sanders and 24% against. Twenty-four percent of the DSA’s total membership voted in this online advisory poll. The National Political Committee will meet on March 21 to officially vote on the endorsement and plan next steps. A full explanation of the DSA endorsement process is here.

Julia Goodman, another attendee of the Socialist Feminist meeting, said, “It’s so important to have these open, in-person political discussions where we can think deeply about our beliefs and make space for disagreement. I hope many other DSA chapters will be having conversations like this in the coming months!”