DSA-Endorsed Alderman in Chicago Votes to Give $1.7 Billion to the Police

André Vasquez, who was elected to Chicago’s City Council last year as a socialist, has voted in favor of the mayor’s budget. The Chicago DSA has censured him. This raises a big question: How can a socialist organization make its elected representatives accountable? 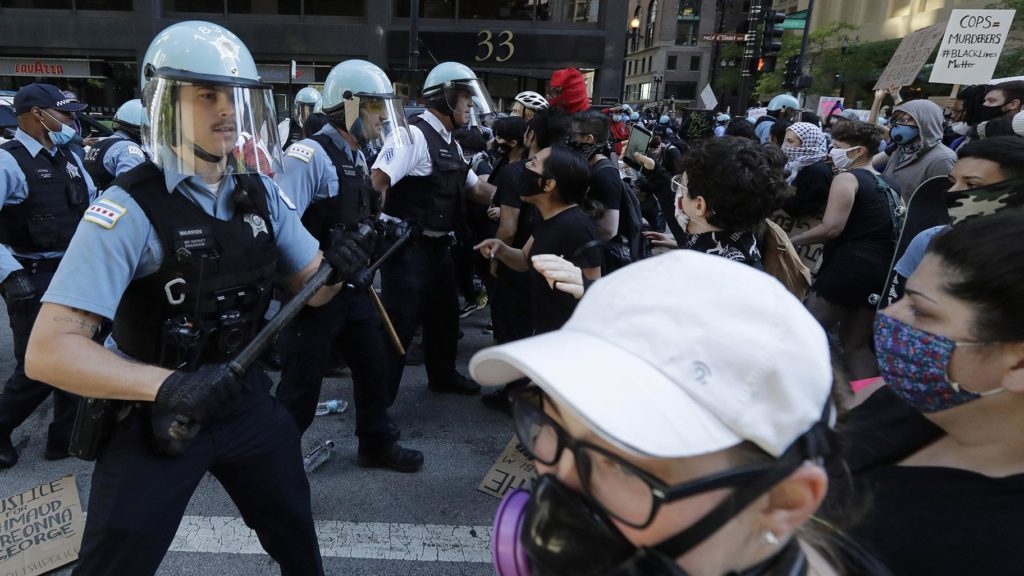 André Vasquez was elected alderman from Chicago’s 40th ward last year. He was one of six socialists elected to the City Council — five of whom had run on the Democratic Party’s ballot line. The six were endorsed by the Chicago Democratic Socialists of America (CDSA).

Now, after just a year in office, Vasquez has been censured by the CDSA’s Executive Committee. Why? Working-class people in Chicago want to see the police budget cut — even according to a survey sponsored by the city. The funds should be redirected to education and health care.

Yet Vasquez voted in favor of the mayor’s budget, which gives an astounding $1.69 billion dollars to the Chicago Police Department (CPD). Even compared to other U.S. police departments, the CPD is a shockingly racist and murderous institution. For decades, Chicago police systematically tortured suspects. The department murders Black people so frequently that even the federal government has declared that there is a systematic problem. The murder of Laquan McDonald, shot while he was walking away from the cops, is notorious not only because it was caught on dashcam video, but because the Chicago City Council, the mayor, and the police worked together to prevent the video’s publication.

As the CDSA leadership wrote in its statement, this betrayal did not come out of thin air: for the last year, the new alderman has been hobnobbing with establishment politicians and real estate developers, while abandoning progressive demands.

Vasquez, although censured, remains a DSA member. This highlights that the DSA has absolutely no mechanisms to hold elected officials accountable, even if they clearly vote against the interests of oppressed people. One much-read headline claimed that the CDSA was “moving to kick out the alderman,” but the article only refers to the censure as a measure “giving him the opportunity to resign from the organization, before a process was started to look into pushing him out.”

Not a New Problem

This is not a new problem. Bourgeois parliaments are designed to corrupt the “representatives of the people.” Those representatives may come from the working class, but as soon as they are elected, they are surrounded by politicians, lobbyists, and capitalists. Between their high salaries (Chicago alders are paid more than $100,000 per year) and other privileges, they have little in common with working people.

These kinds of tensions exist even for those who run on independent, socialist ballot lines. For people running within the Democratic Party, the pressures are even greater. Compromising on key principles is necessary in order to gain committee assignments and succeed in horse trading with others representatives.

All politicians know that if they make deals with people in power, they can leave office any time they want and get millions of dollars as “consultants” (or some other fancy terminology for “delayed bribe”). In addition to this kind of outright corruption, they simply get used to their new environment. They learn to see the world through the eyes of the ruling class.

This is especially true for socialists in the Democratic Party. Even before winning an election, they have already allied with bourgeois politicians and sacrificed the principle of class independence. The Democratic Party is expert at containing its progressives, who are then compelled to vote for Nancy Pelosi or campaign for Joe Biden.

That is why socialists should never be part of the Democratic Party. And when a socialist organization runs a candidate for elected office, it is obligated to go to extraordinary lengths to prevent them from becoming corrupted.

The Trouble With the DSA

Does this kind of accountability exist in the DSA? Last year, In These Times published a fascinating article about the problem:

Thus far, account­abil­i­ty between DSA chap­ters and the politi­cians they endorse and cam­paign for has been based on good­will and the glue of per­son­al rela­tion­ships.

In other words, there is no real accountability. The DSA cannot recall, replace, or expel elected officials who betray socialist principles. For Alexandria Ocasio-Cortez, elected after an energetic campaign by DSA members in New York, accountability looked like this: Once elected, she would have a staffer call DSA members and activists from her district every once in a while. But then, “the regular calls stopped.” A congressperson like AOC, after all, has many “important” people to meet.

Over the years, AOC has gotten feedback from the DSA members who put her in office. Sometimes she’s shifted her position, but usually, she hasn’t. She was criticized by the DSA when she called for a two-state solution in Palestine, declaring: “I believe absolutely in Israel’s right to exist.” She did not withdraw that statement. But she did withdraw from speaking at a Zionist event as a result of criticism. The pressures of the Democratic Party are far stronger than those of the DSA, as was clear in AOC’s response to the attempted coup in Venezuela: “I defer to caucus leadership on how we navigate this.”

DSA members elected to office meet regularly with their party, the Democratic Party, to discuss their votes. But the DSA has no say in how their members vote and no mechanism to recall them if they go against their organization. And more importantly, there is just no conversation about how elected officials should vote. What DSA-endorsed candidates do becomes entirely their business. DSA members have nothing at all to do with it.

This is not a coincidence. As a “big tent” organization, the DSA includes multiple viewpoints — from a handful of revolutionary socialists to reformist politicians, including a whole lot of folks who are new to socialism — and lacks a cohesive program or strategy. In that sense, there isn’t a clear perspective that should guide elected officials endorsed by the DSA.

Rampant, a socialist magazine from Chicago, writes that censuring Vasquez is a good start, but:

At some point the labor movement, the DSA and other left organizations need to talk about running their own candidates and holding them accountable to a democratically determined set of political demands. Rather than endorsing a politically uneven assortment of candidates over whom we’ll have limited control once they win office, we need a political party that is internally democratic, membership-based, which fields its own candidates and can hold them accountable.

This problem is virtually as old as the socialist movement itself. “Not one penny” for a bourgeois government — that was always a principle for socialists in office. In other words, socialists have long refused to vote for any capitalist budget. That isn’t a requirement for DSA members who run for office — but it should be. Every budget gives money to cops, to realty developers, and/or to the bloated U.S. military. Refusing to fund oppressive institutions should be the most basic requirement for endorsement. The Communist International, when it made a clear break from reformism, believed that holding elected officials accountable was so important that it was made a condition for membership:

Parties that wish to belong to the Communist International have the obligation to subject the personal composition of their parliamentary factions to review, to remove all unreliable elements from them and to subordinate these factions to the party leadership, not only in words but also in deeds, by calling on every individual communist member of parliament to subordinate the whole of his activity to the interests of really revolutionary propaganda and agitation.

This is still relevant 100 years later. In some countries, the Left has been able to elect independent socialist candidates. In Argentina, for example, the Workers Left Front (FIT) has elected numerous representatives to parliament, at the local, state, and national level. These are not just politicians who receive an endorsement and then proceed to make deals as they see fit; these are revolutionary socialist militants implementing the policies of their organizations. They do not vote based on their own whims, but based on the decisions of all members of a socialist organization; their votes are discussed in a special committee elected by the party and, if necessary, by the entire party.

One important measure to keep socialist elected officials honest is to make sure they aren’t paid more than a typical worker — a teacher, for example. They should have the same pension plan and the same healthcare plan as other working-class people, and reject all outside income, including both official and unofficial perks. Socialists make it a demand that no state functionary earn more than a typical worker. As Myriam Bregman and Nicolás del Caño, two socialist members of parliament, explained in an interview in 2018, they only take a workers’ wage because that is a principle of workers’ democracy, as first practiced by the Paris Commune in 1871. They donate more than 80 percent of their salaries to a strike fund to support workers’ struggles. This principle also helps expose the incredible wealth of the capitalist politicians. Right now, more than half of the members of the U.S. Congress are millionaires. Socialist politicians taking only a workers’ wage would be enormously popular

We think socialists need to run in elections — but that does not mean endorsing socialists running as Democrats and then hoping they stick to socialist principles. It does mean building up an organization that can send disciplined representatives into bourgeois legislatures. This is not about making deals with bourgeois politicians, but rather about denouncing the corruption of the “representatives of the people,” supporting workers’ struggles and spreading revolutionary ideas. 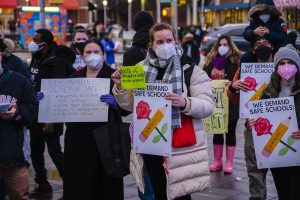 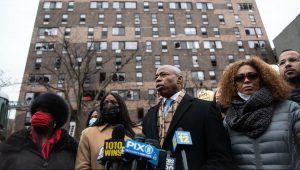 A fire in New York City on Sunday killed at least 17 people. Eric Adams called it a "tragedy." We call it premeditated murder by real estate speculators.