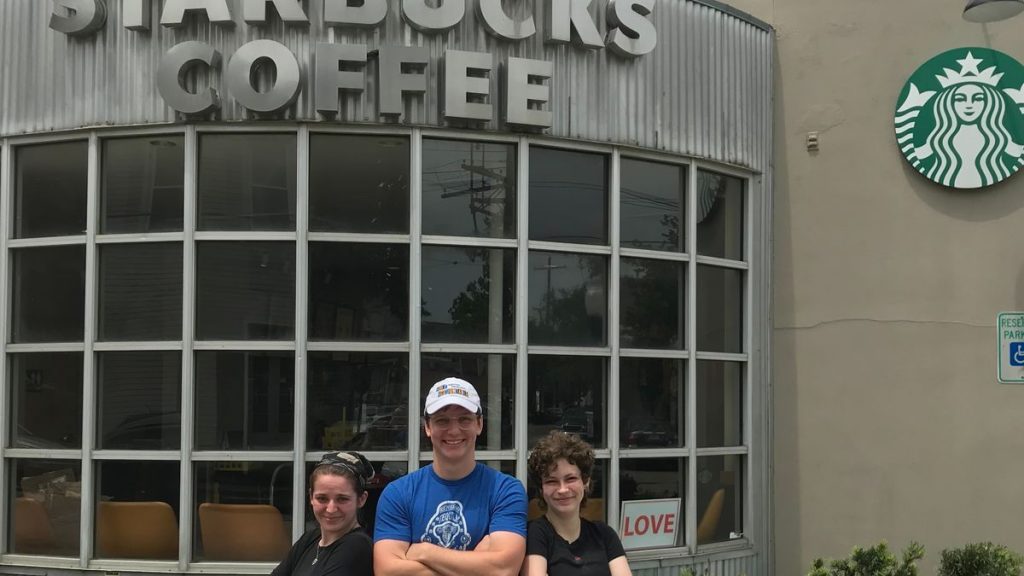 Over 75 Starbucks stores have been already unionized, at least 200 are currently waiting for their election vote, and likely dozens or even hundreds of others are waiting for their moment to file for an election. But the corporation, run by billionaire Howard Schultz, is fighting back: across the country, at least 20 union organizers have been fired in the last few months.

Last Tuesday, Starbucks fired Billie Nyx, a 22-year-old worker leading the union drive at the Maple Street store in New Orleans. They had worked at Starbucks for three years, and for about one year in that location. The union vote is scheduled for the first week of June and is the first election at a Starbucks in Louisiana.

The reason Starbucks gave for them being fired is that they closed the store three hours early during the weekend of Jazz Fest, a popular local festival. According to Nyx, they closed “because we were understaffed and we had just a ridiculous volume of business happening because not only was it a jazz fest, but it was also finals. And we get a lot of college students in our store, especially around finals time.”

Nyx’s initial idea was to turn off the delivery and mobile orders to ease the pressure. But a store manager from a different store called and yelled at them not to do it. After not receiving any kind of help from managers, and due to the understaffing and overwhelming demand, Nyx decided to close the store. At that point, no manager had told them that this decision would end in a firing. As Nyx put it: “I thought it was okay because it had been done many, many times before.” It was the excuse they found to fire them.

Left Voice spoke to Nyx about the union drive at Starbucks and the union busting attempts.

Did you have previous experience in unions when you started organizing at your store?

So whenever I started doing all this, I had no experience in organizing at all. And I kind of just started having these one-on-one conversations with my coworkers and being like: “Hey, we’re thinking about doing a union, would you guys be into that?” And most people were in support of the union.

What were some of the reasons that made you all want to have a union?

One time, they cut our hours right before our busiest season during Mardi Gras because we’re right by the streetcar line. We had a lot of business and we were really understaffed. I personally thought it was ridiculous. And you know, the wages, we feel like we’re not properly compensated for the amount of work that they’re putting on us because we are so short staffed that we have to pick up the work of another person. Every day. And it’s really physically breaking people down. We want to get paid for the extra work that we’re doing.

We want tips on the credit card machines. Because that’s something that we’ve been wanting for forever and customers wanted as well. And also [we] just want to end the pay disparity. A worker who’s been at that same store for 13 years and I’ve been working for Starbucks for three years and we make the same amount of money.

Among a long long laundry list of things that certainly needs to change.

Where did you get the inspiration to start the union drive?

And I’ve been, since I’ve gotten into this, I’ve been more connected to the organizing committee, the organizing community in this city, and workers rights activists. And talking to a friend of mine that works in one of the Amazon warehouses. And the work that they do is inspiring because I can’t imagine working in those horrible, horrible conditions at Amazon. No one can convince me that Jeff Bezos is not a supervillain. It’s despicable how he treats his workers and for them to be doing that job and organizing at the same time is incredible. It’s just that they’re super heroes.

What do you think will be the result of the union vote? What are the next steps?

I’m really confident in our ability to win. Like I can say it with 100% certainty, I’m pretty confident in my coworkers. I know that we’re going to win this vote. And about my firing, we are planning to file an unfair labor practice charge against them. The end goal really is for me to get my job back because I truly love my job and I love my coworkers and I want to work there forever.

On May 28th, we are having a Starbucks workers appreciation barbecue. Part of the fundraising will go towards helping me pay my bills because now I don’t have a job.