The Battles of the Trotskyist Fraction: Part 3

From February 17 to March 3, internationalist socialists from 14 countries met in Buenos Aires for the 11th Conference of the Trotskyist Fraction-Fourth International (TF-FI). This is the final article in a series summarizing the main political debates. 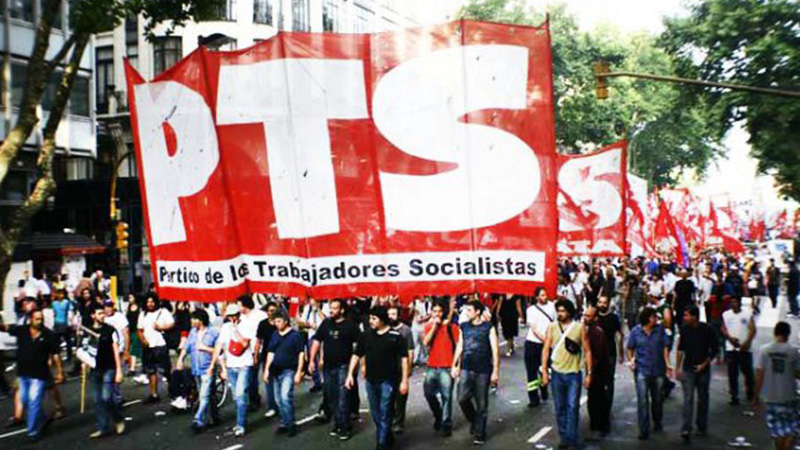 Propaganda and the construction of revolutionary organizations

When class struggle is at a low ebb, when almost all militant activity takes place within the framework imposed by the regime (the trade union regime, electoral regime, social movements), revolutionary propaganda is an essential component of forging militants and conscious revolutionary cadres.

To this end, we will set up a “virtual university” complete with materials (both audiovisual and written) to facilitate Marxist training at all levels, from the most basic to the most advanced, initially in Spanish and then exploring the possibility of including other languages. Of course, this will only be an instrument. The key question is to combine propaganda and personal relationships so as to break the gradualist logic inherent to so much activist work, as the only way of enhancing the strength of our organizations and transforming the superficial “movement” militancy (voting in national or union elections, attending this or that event) into Leninist party militancy.

In building revolutionary organizations, the slogans that we raise in electoral campaigns or our participation in struggles, however important they may be, are of course not enough. Nothing can replace patiently explaining the necessity of destroying the old apparatus of the bourgeois state, as well as making the proletarian revolution (national in its form and international in its content), and building the workers’ government. We must also explain the roots of oppression and capitalist exploitation, and delineate our perspective of communism.

Relevant here is the theoretical-political struggle waged by Lenin in “What Is to Be Done?” One of its most controversial proposals—through a “sui generis” reinterpretation of Kautsky—was that socialism must be introduced “from the outside” by propaganda. Far from the later vulgarizations of this as a justification for speaking “from outside” the factories, Lenin opposed the “economists” (and, later, the Mensheviks, who yielded to the former), who called on socialists to act as mere union officials and to fight only for workers’ minimal demands. Obviously, this “mechanism” of consciousness, wherein what is not trade unionism comes “from the outside” through propaganda, is not a constant; rather it is heavily dependent on the political situation, as shown by the development of the soviets in Russia, which Lenin observed in 1905. But when we are not facing clearly pre-revolutionary or revolutionary situations (in Argentina, for example, elements of this seem to be appearing), Lenin’s argument is a powerful warning that revolutionaries must push forward our objective of building truly revolutionary organizations instead of parties that are a sum of “movements” (students, women, workers, etc.).

According to Lenin, socialist militants working in the factory (and in other areas of intervention) had to fulfill the role of a “tribune of the people” instead of acting as mere “union delegates.” This was necessary to channel all social groups, under the leadership of workers, into political struggle against autocracy (czardom). The same can be said with regard to today’s social movements, since the proletariat must have socialist currents within these in order to channel them all into the struggle against imperialist capitalism, its governments and regimes.

Some people vulgarize the idea of the “tribune of the people” by transforming it into a kind of whistleblowing from the left. But for Lenin it was much more than that. The “tribune,” he said in “What Is to Be Done?,” is someone “who is able to generalize all these manifestations and produce a single picture of police violence and capitalist exploitation; who is able to take advantage of every event, however small, in order to set forth before all his socialist convictions and his democratic demands, in order to clarify for all and everyone the world-historic significance of the struggle for the emancipation of the proletariat.”

From this point of view, we must not develop political campaigns on the one hand and organization on the other, reserving propaganda for our seminars, but instead establish a close relationship between the different dimensions of our political practice.

Thus, for example, the proposal to reduce the workday and to increase salaries is greatly important in the current global discussion of work, wherein there exist only three solutions: (1) various governments’ labor reform proposals for reinforcing the neoliberal offensive, (2) the “reformist” solution of universal income, which in the best of cases would be a high state subsidy in return for greater precarization and exploitation of the working class as a whole, or (3) the reduction of the working day, a salary based on the living wage and minimization of working hours by expropriating the capitalists (and their great technological advancements, which capitalism is incapable of extending) with a workers’ government that would plan the economy not around capitalist profit but social needs.

Since the word “communism” has been degenerated by Stalinism during much of the 20th century, it is crucial that revolutionaries make the aims of communism “desirable.”

Theory and the reconstruction of revolutionary Marxism

As Lenin points out, one characteristic that made Bolshevism possible was its “granite foundation of theory.” This foundation is no less necessary today, after decades of neoliberal ideological reaction marked by postmodernism in its different variants, and revolutionary discontinuity. Since its inception, TF-FI has made great efforts to this end.

Without the re-creation of Marxist theory, the reconstruction of revolutionary Marxism is impossible. The 11th Conference discussed stepping up efforts to elaborate and disseminate Marxist ideas, knowing the importance of fighting this battle and gaining influence among sectors of intellectuals who are turning toward the left in the heat of the new economic, geopolitical turmoil and the class struggle we face in today’s capitalism.