The Impact of Brexit

British economist Michael Roberts writes about the immediate and long-term consequences of the Brexit. 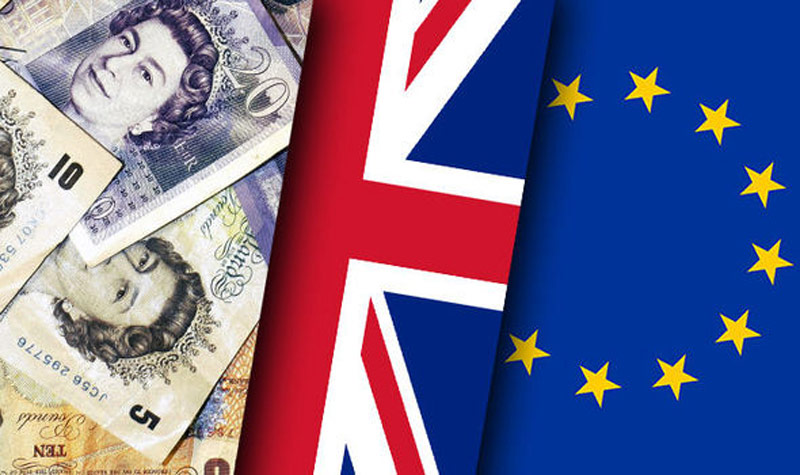 Well, I got it wrong. I thought that the British people would vote to stay in the EU, if narrowly. Instead they have narrowly voted to leave. The turnout at 72% was much higher than the last general election in May 2015 (67%) that saw the Conservative party narrowly returned to office with a small majority of just 12 seats over other parties. PM David Cameron had managed to squeak through to victory by agreeing to call a referendum on EU membership. This sufficiently weakened the burgeoning vote for the euro-sceptic UK Independence party (UKIP) which had been polling over 20% in the EU and local elections. By agreeing to a referendum, Cameron managed to reduce UKIP’s representation to just one seat in parliament.

But this political tactic has now backfired. Cameron has lost the referendum and has announced that he will resign and give way to a pro-Brexit leader as PM to conduct the fraught and tortuous negotiations with the EU leaders in the autumn. Winning the election has turned out to be a poisoned chalice as I suggested.

It seems that sufficient numbers of voters believed the arguments of the pro-Brexit Tories and UKIP that what was wrong with their lives was ‘too much immigration’ and ‘too much regulation’ by the EU (although Britain is already the most deregulated economy in the OECD). It was not to do with the global capitalist slump, the ensuing Long Depression and the austerity policies of Tory government.

Yes, many voters did not swallow the immigration and regulation arguments; but these were mainly the young; those who lived in multi-ethnic areas like London and Manchester and the better-off households in the urban south. They were not enough compared to those who voted to leave. They were older, lived in small towns and cities mainly in the north or in Wales far away from London and from the sight of any ‘immigrants’, but who have suffered the most from low paid jobs, public sector cuts, run-down housing and high streets and general neglect.

Along with these were the die-hard racist elements of the petty-bourgeois small businesses who gain nothing from EU trade or its financial largesse. They reckon that in some way a return to the good old days of British imperialism standing on its own (“taking back our country”) will be better. Only it won’t because, it looks very likely that the Scots, having narrowly rejected the call for their own independence in September 2014, and who voted heavily to stay in the EU, will now insist on another vote to leave the UK and stay in the EU as an independent state. Going back to the good old days of British imperialism is more likely going back to the time before union of 1603 when England/Wales and Scotland had separate monarchs!

So what now? Well, the financial markets have naturally reacted with panic, with the value of sterling plummeting against the dollar to its lowest level since 1985 at the time of (another) oil crisis. Stock prices have also dropped sharply. But this is just a shocked reaction to the unexpected. How financial markets react in the coming months will depend on how the negotiations go (and they could take two years or even more!) and what happens to the UK economy.

In previous posts, I have highlighted the near unanimous view among mainstream economists that Brexit would damage the UK economy both in the short and long term. Most now reckon that the UK will drop into recession before the end of the year. Why? After all, with a weaker pound, British exporters will be able to compete on price in world and European markets. Surely that will reduce the dangerously large external deficit (now 7% of GDP) that British capitalism has been running with the rest of the world? And the Bank of England is to provide as much credit as banks and companies want and may even cut interest rates towards zero to help households with their mortgages and companies with their debts.

Well, maybe – except that history has shown that devaluation of a currency is seldom successful in turning round the economic growth, productivity and even trade of a country. I have cited before how the Keynesians were wrong when they reckoned the devaluation of the peso in Argentina would turn that economy around in 2001 – the Great Recession soon disabused that claim.

And in the Great Recession, the UK dramatically let the pound drop. But the recovery in exports remained muted and the recovery in the domestic economy, driven by cheap interest rates and a housing boom, only led to a wider current account deficit.

And this deficit has to be financed by capital inflows – foreigners investing in British industry; buying British company stocks and government bonds; and depositing cash in British banks to earn interest or re-invest. That funding had already started to dry up with the fear of Brexit – now Brexit is a reality. The only way the deficit can be financed will be by raising interest rates on deposits and bonds, not cutting rates.

But the external deficit may actually shrink, not because exports will improve, but because imports of foreign goods and services will drop. That’s because if the British economy shudders to a halt, companies and households will buy less from abroad, particularly as import prices will rise with the fall in sterling and inflation may come back. That will squeeze real incomes in the average British household.

And the benefits of a weaker pound also depend on demand elsewhere in the world. If the Eurozone and US economy are struggling, then lower prices may be insufficient to lead to a big increase in UK export demand. Also, in recent years, British exports have proved to be quite inelastic. British goods tend to be higher value goods and services – less sensitive to price change than manufactured clothes.

And here is the real point. Devaluation only really affects demand. The other side of the equation is supply and productive capacity. Devaluation doesn’t necessarily do anything to promote investment and higher productivity. Some even argue that devaluation can reduce the incentive to be efficient because you become competitive without the effort of increasing productivity. What really matters is what is going to happen to business investment and profitability.

You may be interested in The Long Depression and the Future of Capitalism, an interview with Michael Roberts.

Higher production costs from imports, weaker demand at home and abroad are likely to discourage UK companies from investing at home and foreign investors from stepping in. And overall profitability of UK companies at the end of 2015 was still below the peak of 1997, while profitability in the key manufacturing sector for exports was half that of 1997.

If the UK tips into recession, the demand for EU exports (German cars, French wine, Italian clothing etc) is going to weaken. And so a recession in the UK could push the EU back too. And this is in an environment where global economic growth has slowed to its lowest rate since the end of the Great Recession, where global corporate profits growth is at zero and business investment is dropping in many economies.

Brexit in the long run may not make a huge difference to the health of British capitalism, but right now it could help accelerate a new global recession. And that would have a much bigger impact on the lives of those who voted for Brexit than the perceived problems of ‘overcrowding’ from immigration or regulation from Brussels.

This article was originally published in Michael Robert’s Blog.

Michael Roberts is a Marxist economist and author of several books including The Great Recession: a Marxist view (2009); The Long Depression (2016); and Marx 200: a review of Marx’s economics (2018). He has published numerous papers in academic economic journals and articles in leftist publications. His blog can be found at The Next Recession.