The infrastructure debate shows once again that the ruling class cannot solve the contradictions of capitalism. 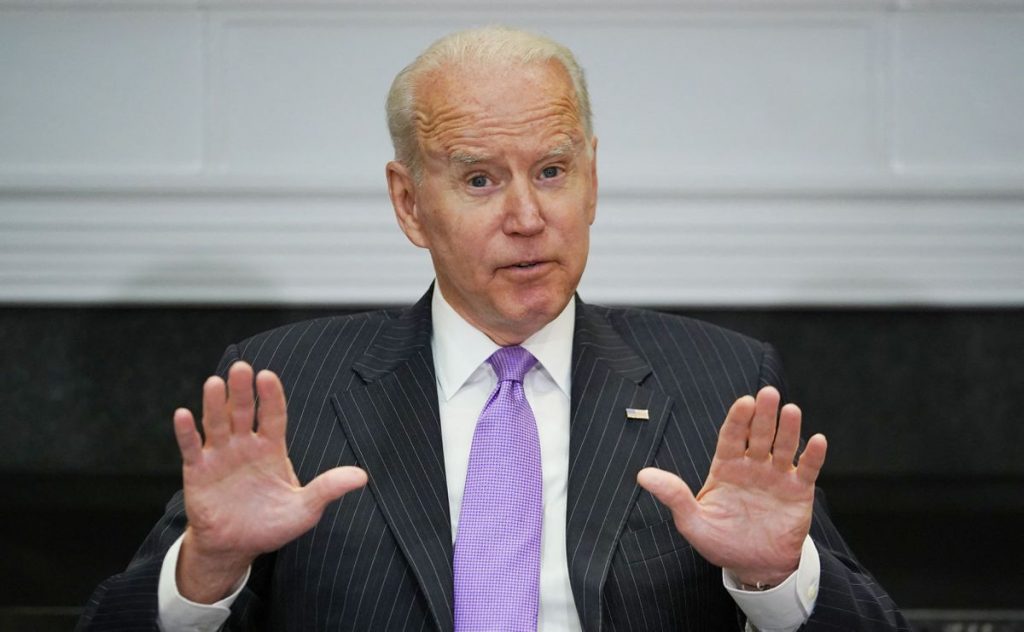 It’s been almost three months since President Joe Biden outlined his plans for a $2 trillion infrastructure and jobs proposal, and still not a single piece of related legislation has reached Congress. Meanwhile, negotiations with Republicans have reduced the original proposal’s budget by more than half. This contrasts with the quick passage of the $1.9 trillion American Rescue Plan (a.k.a. the covid relief bill) in March, which seemed to signal a shift in U.S. political priorities. Now, however, Biden’s inability to quickly pass any further spending bills — in the wake of the biggest economic downturn since the Great Depression — reveals two important points. First, the ruling class remains divided on the question of how to respond to the economic and social crises facing the country. Second, the elements of the ongoing organic crisis have not been resolved by the exit of President Trump, the ongoing economic recovery, or the sharp decline in new Coronavirus cases since January. The infrastructure debate, in fact, shows once again that the ruling class cannot solve the contradictions of capitalism. It is an impossibility.

The American Jobs Plan — or the infrastructure program, as it’s often called — was explicitly intended to support the United States’ ongoing economic and political competition with China (by massively investing in U.S. manufacturing and research), and more implicitly, to restore U.S. legitimacy at home (by investing in basic services, including childcare, education, and housing, which have been neglected for decades). This spending, in both cases, is also clearly designed to signal to the world, particularly U.S. allies among the G7 and NATO nations, that Trump was an aberration, and that the United States is back and better than ever. That the bill is facing such stiff opposition from conservative Congress members, who have historically supported corporate aid and an aggressive foreign policy, shows the depths of the ongoing political crisis in the United States, which has lost much of its global standing and economic and political influence since at least the 2008 financial crisis. While Biden and his party seem to have come to terms with the fact that restoring U.S. hegemony and legitimacy requires, in the short term at least, rethinking the economics of austerity and neoliberalism, Republicans remain committed to a program of unregulated markets, low taxes, and limited spending (with the exception of bloated military budgets and corporate giveaways).

While most Democrats enthusiastically support the proposed raft of investments and changes to the tax code, including a 7 percent increase in the top corporate tax rate, Republicans — despite their minority status in both houses — have gone on the offensive and have already managed to reduce the more than $2 trillion proposal by half. In fact, the most recent agreement, reached by a group of 21 Republicans and Democrats, proposes using hundreds of billions in unspent revenue from the last two Covid relief bills, thereby reducing the actual amount of new spending to just $579 billion over eight years. This would be a little over $70 billion a year, an amount equal to about one-10th of the annual defense budget of $714 billion, not taking into account any ensuing inflation, of course.

In response, Democrats, led in part by Senate Budget Committee Chair Bernie Sanders, are promising to develop their own legislation to bring all the plan’s original proposals to Congress, whether or not a compromise agreement is made with Republicans. This threat to go it alone, as it were, includes using the same budget reconciliation process they employed to pass Biden’s first stimulus package in March. This proposal, however, is really little more than political theater, since the Democrats clearly do not have the numbers even within their own party for such a move, and key party members are uneasy with the way that the reconciliation process would challenge the “sanctity” of the filibuster. They are, anyway, refusing to pass any legislation without some level of bipartisan support. The current requirement for avoiding a filibuster (60 out of 100 votes) has become the threshold for all new legislation, whether or not an actual filibuster takes place. This has effectively made it impossible for Democrats to pass any new legislation without at least nine or 10 Republican votes.

Republicans, for their part, seem unified in their ambitions to strip the plan of most or all of its most progressive proposals, including already limited spending on education and housing. Meanwhile, Democratic senators Joe Manchin and Kyrsten Sinema, both of whom have become convenient scapegoats for the Democratic Party, have expressed strong doubts about the size and scope of the proposals as well as an unwillingness to end the highly undemocratic filibuster. While it is clear that Sinema and Manchin have both embraced the role of the rotating villain — that is, the one or two members of the Democratic Party who can be counted on to kill any too-progressive proposal that looks close to passing under a democratic majority — it makes little sense to blame them alone for their party’s inability to do what it claims it wants to do. While there are many in the Democratic Party, including perhaps Biden himself, who think they can and must spend their way out of the crisis, there are, no doubt, many others who are happy to see the bill cut in half and stalled.

The Democratic Party, after all, has always been the second, and in many ways the more competent, party of U.S. capital and imperialism. While Biden’s jobs plan as originally proposed would offer some limited help to working people, its primary focus remains addressing the decline of U.S. hegemony and the growing cold war with China. As Biden made clear when he originally introduced the proposal in March, the American Jobs Plan is primarily an attempt to “position the United States to out-compete China.” This brazen saber-rattling suggests that the economic war with China is about much more than who can manufacture the most semiconductors, but is, in many ways, a competition for global dominance. In this sense, it is not out of the question that the Biden administration may view the new cold war with China as an opportunity for a more robust imperial policy as a way of breaking the deadlock of low economic growth that the U.S. has witnessed since 2008.

Yet, even were all of Biden’s original proposals to pass unchanged, the plan’s limited social spending is woefully inadequate to even begin to address the actual needs of working people after the pandemic and so many decades of neglect. For instance, the proposed spending on public housing, which Republicans have decried as unrelated to infrastructure, is — as progressive Democrat Alexandria Ocasio-Cortez explained — not even sufficient to bring NYC public housing up to code, much less create any new public housing anywhere in the United States. The spending on education is likewise insufficient to address the crumbling state of most public schools. And while some pundits have claimed that the jobs plan is also a climate plan, it actually does little to tackle the climate catastrophe in any even remotely meaningful way, relying largely on market mechanisms like subsidies for electric vehicles and private energy corporations, while offering almost nothing to reduce individual automobile use or increase public transportation. Further, the proposal includes massive corporate giveaways that working people should openly reject. These include huge direct subsidies to highly profitable electric vehicle giants like Tesla, and hundreds of billions of direct investment in the manufacture and research of semiconductors, funding that would essentially subsidize investment costs for companies that raked in billions last year alone.

While it is clear that the Biden administration’s plan for economic recovery, including the jobs plan, involves a reconsideration of the logic of neoliberalism, his spending proposals — meant in large part to stave off mass unrest and restore U.S. legitimacy — are really little more than an attempt to buy time to find a new equilibrium. But that new equilibrium is proving harder and harder to achieve. The fact that even these relatively modest proposals (no pun intended) to save capitalism from itself have been met with stonewalling and open hostility from sectors of the ruling class, which is clinging narrowly to its short-term profits, is another example of the depth of the long crisis that has engulfed the U.S. economy since at least 2008. As always it is working people who will be expected to bear the brunt of any short-term recovery, and it is working people who must organize to put an end to the insanity of a system built on exploitation and economic anarchy.