The Relevance of Lenin’s ‘State and Revolution’

Christian Castillo’s foreword to a new Spanish-language edition of The State and Revolution by V. I. Lenin, soon to be published by Ediciones IPS in Argentina. 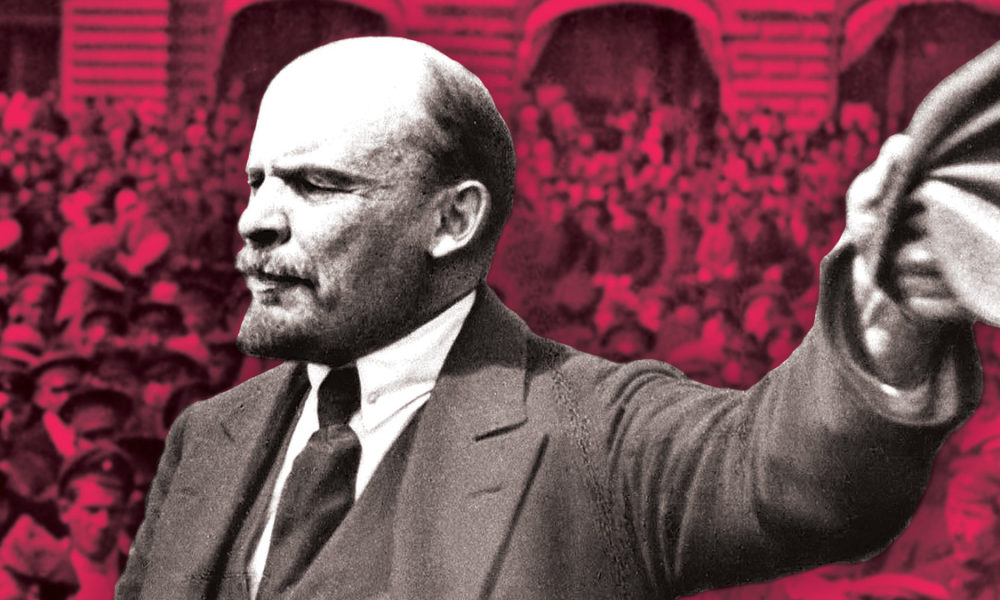 The cover of the new Spanish-language edition of The State and Revolution from Ediciones IPS.

The text we are presenting was written by Lenin in August–September 1917, shortly before the revolutionary crisis that led to the conquest of power by the Bolsheviks in Russia and the establishment of the first proletarian state in history. Owing to the historical events, the work remained unfinished. The chapter referring to the Russian revolutions of 1905 and 1917 and what happened from February to August of that year could not be written.

Lenin, who was in hiding at the time, devoted himself during those decisive moments to clarifying the Marxist conception of the state. This was a central point and had been sown with all kinds of confusion and distortions by the most important theoreticians of German social democracy, such as Karl Kautsky. These leaders insisted that Marx and Engels believed that in order to reach communism, the state would be extinguished along with the social classes and that it could not be “abolished” as a result of an arbitrary decision. They omitted, however, that what would be “extinguished” was the state that emerged from the revolution, not the bourgeois state. They also concealed that Marx and Engels thought that the arrival of working class power implied the destruction of the bourgeois state and specifically its fundamental pillars: bureaucracy and military power. Thus, the book includes a thorough reconstruction of the positions held by Marx and Engels to counterbalance the prevailing view among the German Social Democrats, which was comparable to that held by the Russian Mensheviks of the time.

The text demonstrates how the conquest of power by the working class, as demonstrated by the Paris Commune of 1871, does not involve the mere transfer of the bureaucratic and military state machinery run by the bourgeoisie. It requires the complete destruction of this machinery and the replacement of it by another of a very different character. In other words, it is not a question of the working class “occupying” the bourgeois state, whose structure is designed to guarantee the domination of a minority of capitalist owners over the vast majority of the population. Rather, it is a matter of replacing it with another kind of state, one that is suitable for workers’ rule.

In the Commune, the standing army and the police were replaced by the armed masses. The communards established that every political official could not earn more than a qualified worker and that their position could be revoked at any time by the electors. The state’s executive functions would be exercised by the elected representatives themselves, making the commune a “working corporation” very different from the “pure charlatanism” of the bourgeois parliaments, whose real power is exercised from outside by nonelected officials of the ministries. By trying to put an end to class society, the workers’ state would necessarily attempt to abolish itself by progressively incorporating the whole of society into the management of political and economic affairs.

Why is Lenin’s booklet relevant today? Because in the face of the setbacks suffered by the working class in recent decades and the almost complete absence of social revolutions, the content of what Lenin discusses is virtually unknown even to many people who claim to be leftists. Moreover, there are some important distinctions to be made between socialism/communism and bureaucratic totalitarianism, the latter being very different from what Lenin aspired to. Some key factors contributed to the bureaucratic totalitarianism that descended onto the Soviet Union. These included the isolation of the October Revolution, the death of a large part of the revolutionary cadres and leaders in the civil war, and the general “backwardness” of Russian society. These historical realities favored the bureaucratization of the new state after the revolution. The single-party regime and the omnipresent dominion of the bureaucracy became the “model” imitated in the subsequent revolutions of the 20th century, opposed to the Soviet democracy defended by Lenin — and later by Trotsky — in his fight against Stalinism.

Today, the political field tends to be hegemonized by two sectors that defend the continuity of capitalist domination as inevitable. The first, which we usually call neoliberal, insists on limiting the functions of the bourgeois state to security and control while seeking to liquidate all social rights so that large corporations can exercise their power more despotically. At the same time, they do not hesitate to put the states into massive debt in order to save the big banks, as we saw during the 2008 crisis. The second sector, which the neoliberals call “populist,” maintains the fetishism of the state as an organ of class conciliation while hiding its role as an apparatus of domination.

Now that several decades have passed without triumphant social revolutions, we are facing a moment in the history of capitalism when any progressive change is widely thought to take place within the framework of state. The changes that most people want are considered to achievable only within the framework of bourgeois democracy, which has been mystified as “democracy” as such. The truth, however, is that if the mobilizations, revolts, and revolutionary movements we are seeing in many countries are transformed into open revolutionary processes, organisms will undoubtedly develop that express in one way or another the power of the uprising working masses.

The Paris Commune and the soviets in Russia included forms of expression that the workers’ could use in self-defense against the repression of the ruling classes. In the Russian case, the soviets began as the greatest expression of the united front of fighting workers and peasants masses, then after the revolution’s victory transformed into the basis of the new state’s power. This was based on the teachings of the Paris Commune and what Lenin set forth in this text. In our time, too, every revolution worthy of the name will see the emergence of such bodies and will expose the oppressive character of the capitalist state.

Another issue that Lenin, along with Trotsky, sought to clarify was the material and economic bases of the new state, which would exemplify a democracy a thousand times better than the most open capitalist democracies. According to Lenin,

The development of capitalism, in turn, creates the preconditions that enable really “all” to take part in the administration of the state. Some of these preconditions are: Universal literacy, which has already been achieved in a number of the most advanced capitalist countries, then the “training and disciplining” of millions of workers by the huge, complex, socialized apparatus of the postal service, railways, big factories, large-scale commerce, banking, etc., etc.

On the basis of these economic premises, “it is quite possible, after the overthrow of the capitalists and the bureaucrats, to proceed immediately, overnight, to replace them in the control over production and distribution, in the work of keeping account of labor and products, by the armed workers, by the whole of the armed population.” And he continues,

Accounting and control — that is mainly what is needed for the “smooth working,” for the proper functioning, of the first phase of communist society… All that is required is that they should work equally, do their proper share of work, and get equal pay; the accounting and control necessary for this have been simplified by capitalism to the utmost and reduced to the extraordinarily simple operations — which any literate person can perform — of supervising and recording, knowledge of the four rules of arithmetic, and issuing appropriate receipts.

Let’s stop for a moment here. In our 21st century, with the development of science and technology in general and the communications revolution in particular, these premises are far superior to those referred to by Lenin. Television, radio, computers, cellular phones, and social networks are all means that would make it possible to easily reach millions of people with information to deliberate on what economic and political decisions to take. These technologies could easily be used to plan economic resources democratically, in such a way that would make it possible to progressively eliminate inequality and reduce the working day, giving way to scientific and cultural knowledge reaching ever greater portions of the population.

We are sure that in such a democracy the irrationalities inherited from capitalism would be suppressed sooner rather than later. It would be difficult in such a society to propose a plan to create housing for no one to live in over providing a housing solution for the millions who are crowded into villas and settlements. It would never let a handful accumulate fortunes that they will not be able to spend for generations while hundreds of millions go hungry. A communist society would see the inefficiency of some people working 10 or 12 hours a day while giving others no work and, instead, a social plan to survive. A more obvious plan would be dividing the available work among all available workers; none will be without and none will be overworked. The idea of destroying the environment by mortgaging future life on the planet for a few to line their pockets would seem laughable. Of course, this society will not yet be communism, in which we succeed in moving from the principle of sharing out “each according to his or her abilities” to “each according to his or her needs,” or, in other words, “from the realm of necessity to the realm of freedom.” But it will be “a necessary step for thoroughly cleansing society of all the infamies and abominations of capitalist exploitation, and for further progress.” Because

from the moment all members of society, or at least the vast majority, have learned to administer the state themselves, have taken this work into their own hands, have organized control over the insignificant capitalist minority, over the gentry who wish to preserve their capitalist habits and over the workers who have been thoroughly corrupted by capitalism—from this moment the need for government of any kind begins to disappear altogether. The more complete the democracy, the nearer the moment when it becomes unnecessary. The more democratic the “state” which consists of the armed workers, and which is “no longer a state in the proper sense of the word,” the more rapidly every form of state begins to wither away.

Since 2008, capitalism has been in crisis. New generations understand that this system only brings them a darker and darker future. Clarifying the goals of our struggle becomes paramount in order to offer a socialist and revolutionary perspective to those who take to the streets to face the consequences of this system of exploitation and oppression.

First published in Spanish on November 10 in Ideas de Izquierda.