The Spirit of Chile in New York City?

All over the world, people are rising up. Just in the last month, there have been uprisings in Lebanon, Ecuador, Iraq, Catalonia, Haiti, and Chile. On Friday, a thousand people were jumping over turnstiles at a subway station in Brooklyn to protest against high fares and police violence. Is the global revolt coming to the U.S.? 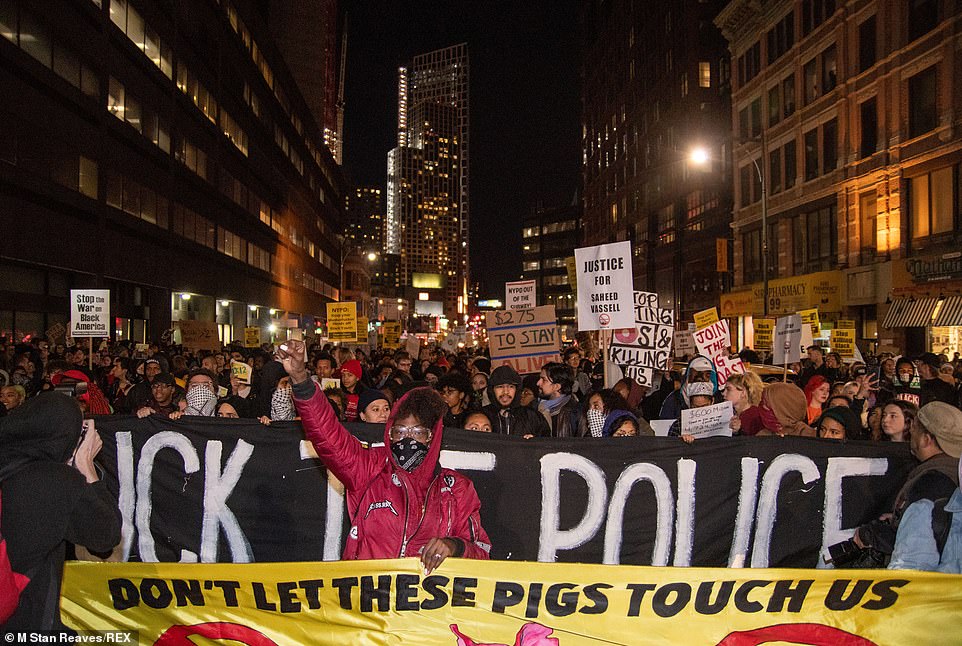 And these protests are being led by young people—people who grew up in the wake of the 2008 crisis, seeing the wealthy get wealthier while they and their parents have to tighten their belts. Some of these youth know, either implicitly or explicitly, that capitalist politicians will only offer us false promises. If we want to win, we need to take the struggle in our own hands.

The example of Chile is important. When President Piñera increased the subway fare by 30 pesos, high school students began occupying the subway stations, jumping the turnstiles and opening the doors so people could enter for free. When these students, so clearly on the side of the entire working class, were brutally repressed by the riot police, all of Chile stood up. It wasn’t about 30 pesos, it was about 30 years of neoliberalism.

For almost two weeks, the Chilean masses have organized mass protests, with over a million people in the streets, building barricades and confronting the police in street battles.

It was only a matter of time before that spirit made its way to New York City, the heart of world capitalism.

On Friday night, a thousand people gathered in Brooklyn to protest against the racist police of the Metropolitan Transit Authority (MTA). While the subway is falling to pieces, the governor has invested in 500 new police to patrol the stations. This is just another criminalization of poverty, spending millions on repressive forces to make sure that people pay the 2.75 subway fare. Black and brown people are the most criminalized. Over the past weeks we have seen horrible images of police violence for “theft of service,” i.e. taking the subway without paying. These have included video of 10 cops rushing  Adrian Napier who was sitting on the subway, of the cops tazing a Black person laying on the ground, of the cops punching Black youth who were not even 18 years old. That’s why we need the cops out of the subway.

From New York to Chile,  we have the right to free public transportation. The subway should be free.

And as Chile shows, when we fight, the government can find the money. The Chilean government has increased the minimum wage, stopped the subway fare hikes, and increased pensions.

The police are the armed defenders of this deeply unjust system. They are on the side of the ruling class. Their sole function is to repress working-class people and people of color. Their sole purpose is to hold up this capitalist system based on white supremacy, patriarchy, and queer-phobia.

As we chanted on Friday, you spell racist NYPD.

That combative spirit was alive as we took the streets—thousands of us weaving between cars. For the moment, they were our streets.

As we jumped over the turnstiles, we knew that the oppressed and working class can tear down this system and build something better. Any spark can set off a fire. The subway protest has now passed. But then it could be the next protest that sets a fire.

But to actually win, we need to get organized to kick the cops out of the subway, to make the subway free… and even to crush this racist capitalist system.