The Unemployment Crisis is Only Going to Get Worse

The $600 unemployment supplement expires this week, leaving millions of people to fend for themselves with only fractions of their previous incomes. With 80% of Americans already living paycheck to paycheck, this will be nothing short of a catastrophe. 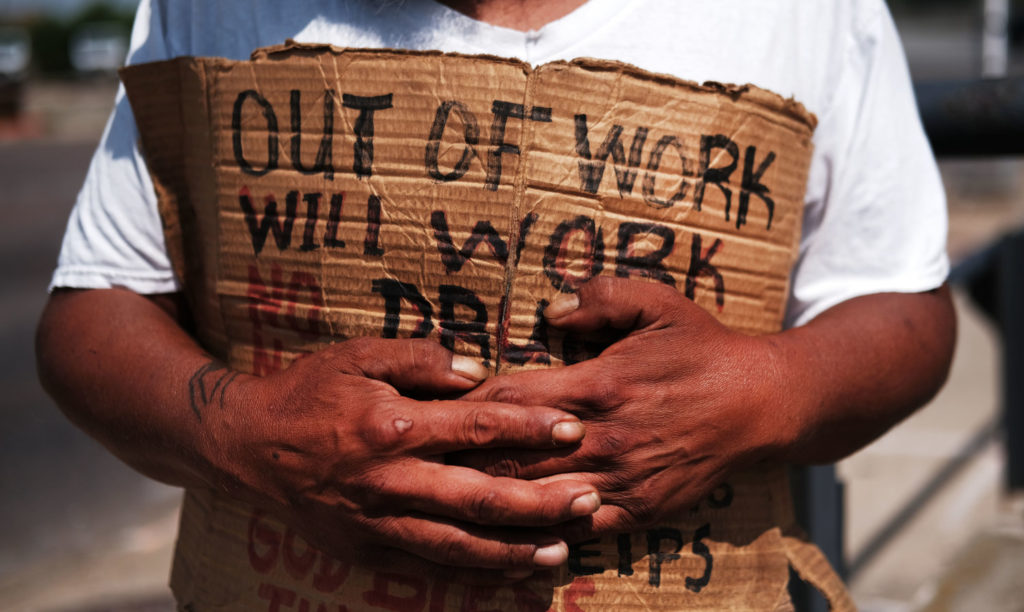 The $600 federal supplement to unemployment insurance officially expires July 31. Since that is a Friday, the final checks have already been distributed. Weekly benefits for each person will now revert to the amount dictated by each state’s formula, which varies widely. A new federal relief bill is not expected to be passed for at least another two or three weeks, although Republicans announced their stimulus plan a few days ago. Two or three weeks is far too long to wait for people who are already struggling to make ends meet, especially when the expiring relief package was already not enough.

The Reality of the Situation

Much of the initial spike in unemployment came in March and April, when numerous industries shut down or began operating with limited capacity. Over the course of the pandemic, 45.7 million people have already applied for unemployment. However, as states reopen prematurely and coronavirus case counts across the U.S. continue to skyrocket, these jobs are unlikely to return en masse anytime soon. In fact, the United States will likely face even higher levels of unemployment in the coming months, since the pandemic is spreading to new hotspots where jobs had stayed mostly intact during the spring.

The official overall unemployment rate is at 11%, and in some major cities such as New York and Los Angeles, the rate is over 20%. Unemployment rates among specific populations — such as women, people of color, renters, and young adults — are even higher, since these groups disproportionately work in industries particularly affected by the pandemic, such as restaurants, retail, and in-home care work.

Researchers at Iowa State argue that the true unemployment rate may be as high as 15% nationwide, because official statistics only include those actively looking for work or are not working at all. This excludes people who are not actively applying for jobs (perhaps due to fear of contracting coronavirus, or because there aren’t any jobs in their area or industry), as well as people who are still employed but have experienced a significant reduction in hours.

Perhaps a better metric for economic precarity is the ability to pay for basic needs. In April, about 24% of renters could not pay their rent. In May, that number rose to 31%, where it stayed for June and July. While CNBC reports that a large portion of those who were unable to make their payment on time paid the difference later in the month, that portion is slowly decreasing as more people lose their jobs and late fees begin to accumulate. More than a third of renters are worried about being evicted in the next six months, and Columbia University researchers estimate a 40-45% increase in homelessness over the course of 2020. One has to wonder, what other needs are going unmet in order to try to make the rent? How much debt — and future interest owed — are people accumulating in order to eat and pay for other necessary expenses? The 70% of renters currently still making payments might include people who are acutely suffering in other ways.

What Happens Without Federal Unemployment Insurance?

Each state calculates unemployment benefits differently, but the weekly amount someone can receive is based on a percentage of their previous earnings (on average, around 45% depending on the state), up to a certain cap. In most states, without Covid-19 extensions, people can claim benefits for up to 26 weeks.

The state with the best unemployment benefits is Massachusetts, which has a cap of $823 per week up to $21,398 total. The state with the worst benefits is Florida, with a cap of only $275 per week up to $3,300 total. However, only the most privileged receive the maximum benefits in any given state. Since benefits are calculated as a percentage of previous income, those in low-income jobs suffer the most while on unemployment. For those already living paycheck to paycheck on a minimum wage job, receiving half of their previous salary hurts them much more than someone who was earlier able to save a little each month from their paycheck. Unemployment insurance is designed to provide bare-minimum relief in order to force workers to find another job as quickly as possible — any time out of the workforce is wasted labor power. Even under normal circumstances, the system is austere. Under these circumstances, where finding a job is extremely difficult and going back to work is dangerous, it is downright cruel.

Furthermore, benefit calculations don’t consider the cost of living in an individual’s specific area, and many states don’t consider the number of dependents relying on the applicant’s income. They are also predicated on the assumption that people will be able to find new jobs within the 26-week (6-month) period. With coronavirus numbers still on the rise in many states across the U.S., a six month period to find a job is simply unrealistic. Those who applied for unemployment at the beginning of the pandemic, in March, will run out of benefits in September under typical state laws. But, as the pandemic continues, unemployment is likely to get worse, not better, in the coming months.

Individuals and families will be forced to make harder and harder decisions on what to sacrifice in order to sustain themselves. Even if it is possible to make the rent on state unemployment alone (which, especially for low income people living in metropolitan areas, it is not), people also need to pay for food, electricity, internet, phone bills, student loan payments (after September, when forbearance expires), credit card payments, transportation costs, health insurance premiums, household supplies like soap and toilet paper, and any number of other recurring or one-time bills. They will be forced to take more risks with regard to coronavirus exposure. They will be forced, by necessity, into taking jobs with unsafe working conditions — if they can even find one.

Democrats in the House of Representatives have proposed a new stimulus package that would extend the $600/week benefits through the end of the year. Senate Republicans countered with a plan that offers $200/week through October, at which point states will be responsible for providing benefits that amount to up to 70% of people’s previous income. As we covered in our more detailed analysis of the plan, about 80% of households in the U.S. already live from paycheck to paycheck. They cannot afford a 30% reduction in income.

Furthermore, the Republican plan does not provide any additional funding to the states to help with this requirement, leaving states to nearly double their spending on unemployment insurance per person by the end of October without any increase in their budgets. This will almost certainly lead to austerity measures like layoffs from state jobs and cuts to state programs — including public education —  to make up the difference, since state governments have proven extraordinarily unwilling to raise taxes on the super-rich to make up for shortfalls. Bill De Blasio has already stated very clearly that the Republican plan’s lack of federal funding for states and cities will mean 22,000 additional layoffs within the New York City government alone.

And all of this is assuming that people will even receive their money. Unemployment applicants across many states have already experienced significant delays — on the level of weeks or even months — in receiving any benefits at all, and the phone lines are perpetually full. Some have not even received their $1,200 check from the last stimulus package.

Everyone knows, but few want to admit, that the fastest way to eliminate the coronavirus from the United States would be to pay non-essential workers a comfortable wage to stay home. That, however, is exactly what capitalists are worried about — that if the government does not hang people out to dry, then they will have no workers to continue generating their record profits. The United States is not worried about people’s safety and health; if they were, they would not be pursuing reopening plans that are directly in opposition to CDC recommendations and scientific data. Their first priority is to keep the stock market growing, even though the stock market has very little correlation with the average person’s quality of life. Capitalism, by its very nature, requires constant expansion, even if that means widespread illness and death.

This plan forces people to either fall further and further into poverty or to expose themselves and their families to the coronavirus in order to make ends meet. It’s so bad that Slate described the plan as a “pro-virus bill.” We do not yet know how long this crisis will last, how long before a working vaccine is widely available, or how long it will take for people to economically recover after it is over.

This pandemic will have lifelong effects on millions of people, in the form of lasting damage to their bodies, their families, their mental and emotional health, their finances, and so much more. Much of this pain could have been avoided, had the government not consistently prioritized profit over wellbeing from the very beginning. It is unsurprising that they are continuing to throw the working class to the proverbial lions, but that does not make it any less enraging. We must organize in our workplaces and in our communities (such as through tenants’ unions) to fight back against this attack and demand better. Most of this could have been avoided, and the blood and suffering is on the capitalists’ hands.