The US President, Barack Obama, had announced on April 14 that he would take Cuba off the list of countries sponsoring terrorism. A 45-day process of review, that ended this Friday, with a formal announcement from the State Department. 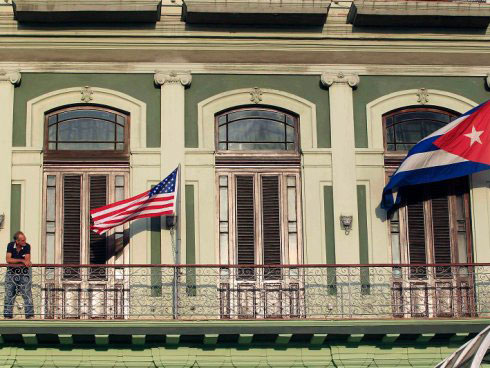 Taking Cuba off the list is a measure with a symbolic, more than practical, significance, because many of the benefits that Havana could obtain are limited by other sanctions, a result of the economic embargo, in force since the beginning of the decade of the 1960’s. According to the Reuters agency, a US official indicated that “rescinding (…) the designation of Cuba is a big step, but in practical matters, the majority of the restrictions on exports and foreign aid will continue, given the broad commercial and weapons embargo.”

Cuba had said that its inclusion on the list of state sponsors of terrorism was an obstacle to re-establishing diplomatic relations and so that the so-called “Interests Sections” in Havana and Washington would become embassies. From the practical point of view, Cuba could not open a bank account in the US, for the functioning of its embassy in that country, for which reason it is expected that one of the next steps will be moving forward in the re-opening of diplomatic headquarters in both countries.

Washington had placed Cuba on the list of state sponsors of terrorism since 1982, when it said that Havana backed armed guerrilla movements in Latin America. This only shows the enormous cynicism with which the United States manages to define a tailor-made concept of armed terrorism.

The idea that the US has a list of countries sponsoring terrorism is only the sign of an absolute hypocrisy, since it concerns the State that has most financed and supported terrorist actions throughout its history.

To take only the most recent decades, it suffices to say that the United States not only supported all and each one of the Latin American dictatorships during the 1970’s, but that it financed various groups to destabilize governments that emerged from revolutionary processes throughout the world. It armed and financed the contras in Nicaragua; it did the same thing with the government of Iraq, to start a war against Iran, after the revolution of 1979, and it also did that with the Taliban in Afghanistan, against the USSR. Oddly enough, from there emerged two of of those that would be “No. 1 enemies” of the US, years later: Saddam Hussein in Iraq and Al Qaeda in Afghanistan.

After the September 11, 2001 attacks, the US designed its own blueprint to determine what terrorism is and what anti-terrorism is. In an historic speech, George W. Bush “warned” the world that “whoever is not with us, is against us.” After this speech, hundreds of secret jails were installed in Europe, the Middle East and Asia, in which thousands of people accused of terrorism were tortured and brutalized, without any type of control. One of those jails is located in Guantánamo, on the island of Cuba itself, and, despite Obama’s promises to close it, it still continues to operate.

The United States is the main ally of the terrorist State of Israel, the biggest recipient of military aid, that uses terrorist methods to assassinate and intimidate the Palestinian population in Gaza and the West Bank. Another of its allies, Saudi Arabia, was at the forefront of financing the crushing of the Arab Spring and in supporting the Iraqi Sunni groups dissatisfied with the (dis)order after the setback of the US’ wars in Iraq and Afghanistan. Once again, from a part of those dissatisfied, the current Islamic State, a new “No. 1 enemy” of the US, has emerged .

The doctrine imposed by the US after the September 11 attacks was meekly employed by many of the governments of the region, even those that call themselves progressive, in the form of “anti-terrorist laws” that violate the right of social protest, by worsening the punishments, and, in some cases, they permit greater interference by the US, that includes military bases, joint exercises, espionage and even US military intervention, as in the case of the so-called “war against drug trafficking.”

As we see, the United States will be hard-pressed to be able to have some type of authority to bring something that looks like a list of countries sponsoring terrorism. Without going any further, in the case of Cuba, inclusion on this list, by Reagan’s administration in 1982, meant a further strengthening of the economic blockade that suffocated Cuba for years, creating multimillion dollar losses and enormous harm for Cuba’s population.