The Whole Damn System Is Guilty as Hell

While the ongoing rebellion is starting its second week, new questions are emerging. Where is the movement of liberation coming from, and where it is going? 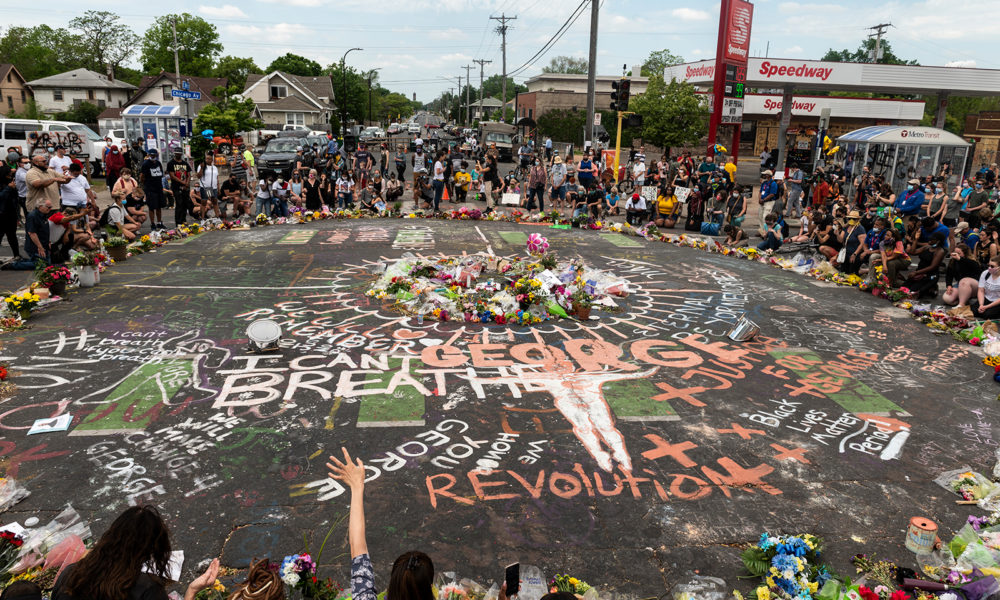 As the hours go by, events continue to rapidly develop. The mainstream media, as we are accustomed to seeing, are using fear as a tactic to shift the attention from police violence to particular incidents of arson. It is ironic that CNN would take such moral offense at the sight of some fires when the news network’s world fame is rooted in the live coverage of the first Gulf War, in which it celebrated bombs being dropped on civilians. Ruling class media don’t really care about buildings; they fear that millions of people are starting to see and hear the truth. That there are thousands in the streets confronting the real root of violence, the police, the capitalist state’s agent of repression. The same state that spends over $700 billion a year on the military, $50 billion of which is designated for the research and development of nuclear weapons. The media are active agents in favor of the interests of the most vicious professional world killers humanity has ever witnessed. They blatantly continue to express more preoccupation over their property than our human value. They bluntly continue to lie to our faces, trying to spin the news their way again and again.

All day the mainstream media has been interviewing “experts” trying to discover what caused the past week’s unrest. But the commentators of CNN, MSNBC, and Fox don’t have the answers, which are to be found among the protagonists of the Minneapolis rebellion. They know very well why they took to the streets. Today, June 2, in Saint Paul the mothers and friends of a dozen victims of police violence gave a heartfelt, combative, and revolutionary press conference. They denounced the shared corruption of the police, the DA, the governor, and other officials. They denounced the murder, perpetrated with absolute impunity, of dozens of Black people at the hands of the police, murders that took place years ago and have been left unresolved while the police officers continue on duty. Their stories are horrifying. Men beaten to death, eaten by dogs, and left in dumpsters. That is what the governor of Minnesota has been covering up for years; this is the truth the media don’t want to investigate; the history of our oppression is what they are hiding. The mothers and friends of victims told us how they’ve fought for years to find the truth, that they asked the governor, the mayor, and the DA to investigate, but they consistently refused. “This is in your hands, Governor,” a mother of one the victims killed by the cops insisted. Another warned that this “whole damn system has to go.” George Floyd’s murder was the “straw that broke the camel’s back,” they insisted. “Hundreds of cases in MN, and thousands across the nation” is what the mothers cried. They want all their cases reopened, and justly so! The hypocrisy of the governor, the DA, the police chief, the ones who knew about how police systematically kill black and brown people and allowed it, and their only actions were to intimidate the victim’s families with threats and more scare tactics. The mothers were clear: enough is enough. Now is the time for justice, justice for all!

Later, local activists reflected on the historical moment they find themselves in after a week of revolt. They tried to understand how someone could perpetrate such an evil crime in broad daylight while being filmed: “When the system allows you to get away with something, you feel invincible.” The reasons behind the movement are systemic, and only a systemic change can bring true justice and change. Local activists used the stage to show their continued commitment to a movement that is seeking justice, truth, and freedom. The victims of police violence understand the roots of the uprising, which is spreading across the nation, going far beyond one particular police killing. It’s a long history of violence, and the whole damn system is guilty as hell.