“They Don’t Protect Us, They Rape Us”: Mexico City Protests Against Police

Last week, thousands of people took to the streets of Mexico City to protest rapes committed by the police. The outrage against misogynist violence has been loud and clear, but city authorities do not want to hear it. Trigger warning: police violence, rape. 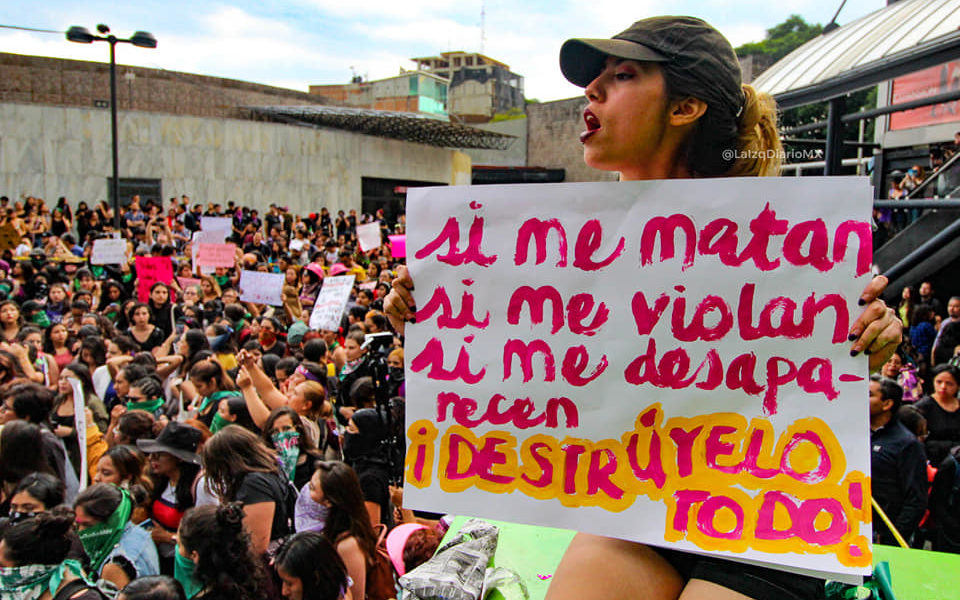 The first assault occurred in the early morning of August 3, when a 17-year-old woman returning home, was intercepted by a police patrol and raped by the officers. Days later, there was another report, this time by a 16-year-old girl abused by a policeman in the bathroom of the Photography Museum. And a third report emerged of another young woman raped by the police. After the reports were leaked to the public, the family of the first minor was threatened by the police.

The policemen responsible for the rapes remain free.

Since early July, when Mexico City’s police force was expanded by 50% and nearly 3,000 National Guard officers were deployed across the city, violence and femicide have been on the rise. Police and military personnel collude with trafficking networks, in addition to murdering, kidnapping, and raping women. In fact, Mexican police are known for regularly using sexual violence as a weapon against women activists, as they did in Atenco in 2006, when at least 23 women were sexually assaulted and tortured by the police. No one was ever held responsible. 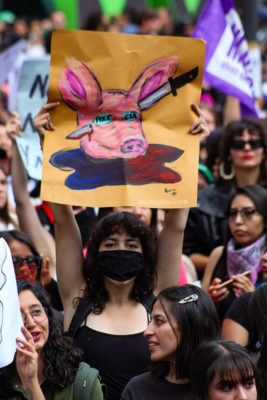 Although sexual assault at the hands of the police is not new, these most recent cases have sparked popular outrage and spontaneous protests across Mexico City. Notably, the protesters criticized the Security Secretariat and the state for their inaction, using the hashtag #NoNosCuidanNosViolan (they don’t protect us, they rape us).

During a protest held on August 12 outside the Attorney General’s office in Mexico City, protestors covered Security Secretary Jesús Orta in pink glitter when he attempted to speak to the press. This was immediately repudiated by the government–even before they repudiated the rapes. Claudia Sheinbaum, the city’s Head of Government and member of the National Regeneration Movement (Morena), the party of President Andrés Manuel López Obrador, said the protests against the abuses and sexual torture committed by the city police were a “provocation to force her to use public force” to brutally repress protesters.

On August 16 thousands of women gathered at Mexico City’s Insurgentes Roundabout (Glorieta de los Insurgentes) to repudiate Sheinbaum’s statement.  Similar protests were staged in other states in the rest of the country. During the protest in Mexico City, some attendees broke windows and graffitied the Metrobus station, as well as a police station and the Independence Monument, an emblem of the capital.

Ignoring the mobilization of thousands of women fed up with gender-based violence in Mexico–which kills nine women each day–the national media instead focused on the graffitied monuments, facilitating Sheinbaum’s criminalization of the protesters.  In an effort to placate protesters and derail further radicalization, Sheinbaum met with a group of hand-picked so-called feminists, many with a pro-government perspective, and even some TERFs, to negotiate with behind closed doors. As a result, she pledged to run workshops on gender violence and drop the charges against the female activists who took part in the protests. There were no promises made about punishing or even charging the rapist police officers.

These protests have taken place in a context in which the local and federal government have deployed the National Guard throughout the country, especially in the peripheral boroughs of Mexico City. The local government also faces protests from public sector workers who are being fired–affecting sectors that are over 60% women. Despite this, the Lopez Obrador (AMLO) government continues to benefit from wide-spread support, based on the idea that AMLO will be the progressive leader that he promised he would be. These layoffs, as well as the increase in the police force are also feminist issues, since the layoffs will disproportianately effect women and, of course, increased police means increasing sexual assault by police. 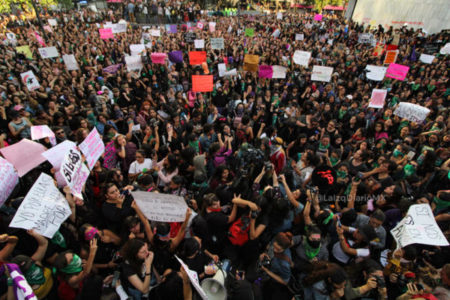 While some sectors of the mobilizations are making these kinds of connections, others are not. These mobilizations do not have a homogeneous position: there are folks coming from various different perspectives and in the heat of the struggle, there weren’t spaces to democratically discuss demands. Some activists argue that they should meet with the government and should help organize workshops on gender violence for the repressive bodies of the state (police, military, and National Guard). Others maintain like myself and Pan y Rosas (Bread and Roses)–the socialist feminist collective that I’m part of–that we should not trust the government and should continue the protests. Pan y Rosas (Bread and Roses) argues that the police are unreformable, since they have demonstrated time and time again that they are on the side of the capitalists and against the most oppressed and exploited sectors of society. We believe in building a movement of thousands of women in the streets, independent of the government, state institutions, and congressional parties, organized in workplaces and schools and in alliance with youth and workers. Such a movement would truly be able to confront state violence, demanding not only the punishment of the police involved, but also the demilitarization of the country.