They Flattened the Curve, but at What Cost? Interview with a Worker in South Korea

A socialist in South Korea speaks out about the government’s response to the COVID-19 outbreak and the steps that must be taken by the international working class to fight against the crisis. 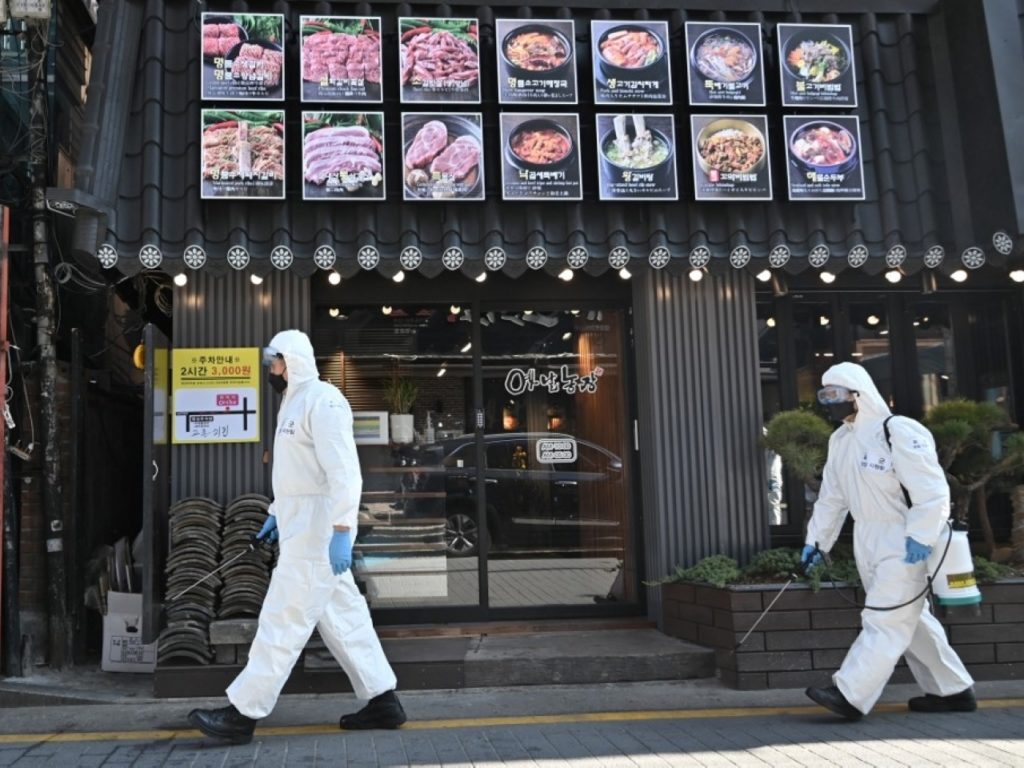 Yeon Hong is a militant in the revolutionary socialist organization NoHeTu (Militant Solidarity for Workers Liberty) in South Korea. He is an editor of the group’s online publication. Left Voice’s sister site Révolution Permanente spoke with him about the coronavirus outbreak in South Korea and how the government’s aggressive response has stemmed the spread of the virus, but at the expense of the working class and oppressed.

The World Health Organization (WHO) has pointed to South Korea, which implemented early massive and aggressive testing, as an example of how to efficiently combat the COVID-19 pandemic. Can you explain South Korea’s policy and its implications?

When the Covid-19 crisis began in South Korea, President Moon Jae-in’s administration called for an aggressive response right away. In part, this level of response was informed by the experience of the Sewol Ferry incident, which made many people suspicious of the government’s reaction to emergency situations and public safety. The protests in condemnation of the Sewol Ferry disaster mobilized thousands of people against the government. Moon was well-aware that he needed to respond better than his predecessor, then-PresidentPark Geun-hye, in order to maintain the legitimacy of his administration. This is the background of the aggressive action of the Moon administration.

People are saying that the case of South Korea should be seen as a “model,” but we should see what is behind it. Undoubtedly, this kind of sweeping and forceful policy is needed to tackle Covid-19. The measures helped lower the death rate from Covid-19 in South Korea. In contrast, the Japanese government refuses to expand testing and is covering up the severity of the situation. Many people are dying without even knowing if they are infected with the coronavirus. However, we must be clear that Moon’s administration is enacting its policies in a way that benefits the ruling class while hurting the workers who are most affected by the virus.

As all the bourgeois media has reported, the extent of testing in South Korea is overwhelming. And if the tests are being carried out at the demand of the government, which is most often the case, people do not have to personally bear the cost of testing.

But we have to ask: who is doing the testing? Workers. They perform the tests for hours on end without any rest. There is concern that they might die from overwork, not exposure to the virus. In fact, there are already cases in which public servants have died because they have been worked to the point of exhaustion. Even before the outbreak of the virus, South Korea was notorious for its long hours of work. Many workers die as a result every year. This is the reality of the South Korean “model.”

What specific measures has the government taken as part of its policies to combat COVID-19?

So far, the Moon administration has been transparent in publicizing its measures against the spread of the coronavirus. When someone tests positive for the virus, citizens in the surrounding area are alerted by text message and all the people the individual came into contact with are tested immediately. Citizens then receive updates about the individual’s movements, which are tracked by the government.  Critics say this is a violation of the human rights of infected individuals.

Without waiting for the patient to visit the hospital, the government tracks down the infected and those they came into contact with, measures it says play a role in lowering the death rate. The offices, buildings, and other areas in which an infected individual has been are closed. The government did not completely shut down borders, block cities, or close stores, but they cordoned off only the infected area and sterilized it. Intensive disinfection work was also carried out in places where many people pass through, including airports, train stations, subway stations, etc. Of course, this whole process is accompanied by the sacrifices of workers who risk coming into contact with the virus in the process of disinfecting these areas.

What does the impact of the virus in South Korea look like now?

On February 13, President Moon said the situation would end soon. But since then, the number of infections has sharply increased. There are now more than 8,000 people infected, and the death toll is about 100. The spread seems to have slowed down a bit, but no one can let their guard down yet. Everybody wears a mask when they take a bus or a subway. There are long lines of people in front of pharmacies everyday to buy masks.

Many stores and small businesses were shut down. As a result, workers lost their jobs, or were forced to take leave without pay. Furthermore, racist attacks are escalating against Chinese people living in South Korea at the same time that Korean people are experiencing more racism in the United States and Europe. Anxiety and fear are spreading along with the virus.

How has the epidemic impacted the poorest sectors of society? What does this reveal about the healthcare system in South Korea?

Covid-19 is unmasking the real state of South Korean society. Disabled people who were confined to nursing hospitals before the outbreak  were collectively infected with the virus. They were not treated properly and many people died as a result. The government’s support for the disabled is wholly insufficient.

Additionally, migrant workers’ rights are very weak in South Korea. Since they are often categorized as “illegal” workers, it is difficult for them to get masks because citizens require an ID card to buy them.

Subcontract workers who are doing much of the work to sterilize infected areas are also not receiving proper equipment to protect themselves from the virus. While bosses supply quality masks to many full-time workers, subcontractors are either not provided with masks or the masks they do receive are of poor quality.  Even in times of crisis, capitalists always want to divide workers.

Korea’s medical system is cheaper and better than that of the U.S., but because of low wages, using hospitals is still a huge burden for Korean workers. The most contradictory thing is that countless workers die from industrial accidents while working at their workplaces.

Previous administrations imposed widespread austerity measures in the healthcare sector. For example, the former government shut down a public hospital in the provincial city of Jinju. Their reasoning was that the hospital was in debt and ineffective, but no hospital was constructed to take its place. This was in 2013. So, even when MERS spread in 2015, the healthcare system was ill-equipped to handle the outbreak. Now, with the spread of COVID-19, these conditions are even more exacerbated and the results are even more deadly.

But we should be clear that the current government of President Moon is no different. Moon promised to invest in the public healthcare system before becoming president, but once he was elected, he went back on this promise. In South Korea, public hospitals account for only 5.4% of the total hospitals. The rest are private.. It has the worst system of all the OECD (Organisation for Economic Co-operation and Development) countries.

How does the current crisis compare to that of the SARS outbreak in 2003 and the MERS crisis of 2015?

When SARS spread in 2003, South Korea was severely affected. There were very few cases. But MERS hit hard in 2015. At the time, the government did not release information about the virus or its response transparently, and hospitals were not ready to deal with infectious diseases. Infections exploded in Korea’s top hospitals, including Samsung Medical Center. After the experience of the MERS outbreak, there was great pressure on the government to develop a response to future public health emergencies and to make all information regarding this response transparent to the public. In that respect, the present ability to respond is better than in the past. However, the medical system, after years of cuts, is still unable to properly respond to such crises.

How have workers and workers’ organizations responded to the current crisis?

Overall, South Korean workers are not in a moment of high morale or struggle. So strikes demanding safety measures are not happening, unlike in Italy, where workers are protesting against the government’s botched response to the outbreak. Some trade unions have held press conferences, some trade unions are negotiating with companies demanding safety measures such as providing masks. And of course, activists are trying to dialogue with workers, distributing literature in their workplaces.

A few days ago, leaders of the two main trade unions (KCTU and FKTU) had a meeting with President Moon. Moon’s administration wants to make another social agreement with the unions, and the bureaucracies are fully willing to cooperate with the government’s plans and response to the epidemic. We should see these moves for what they are, an attempt to stifle dissent even as workers are put in harm’s way as they combat the spread of the virus.

What is NoHeTu’s perspective on the COVID-19 outbreak? What steps must be taken to combat the crisis?

Covid-19 shows exactly how capitalism works and is deepening its crises. Capitalists are passing their losses to the working class, and this will be exacerbated in the future. The cost of the crisis should be paid by the capitalists, not workers.

Now, the most important thing is for workers to make their voices heard and to engage in their own struggle. In that regard, the examples of European and U.S. workers fighting to defend themselves against the COVID-19 crisis is hugely inspirational.  The virus is an international issue. So too is the struggle of workers. COVID-19 not only shows us the true face of capitalism, but also reminds us of the value of workers’ internationalism.