Trump portrayed himself as a friend of coal workers on the campaign trail. But the administration has sat idly by as hundreds of miners are slowly dying of black lung. 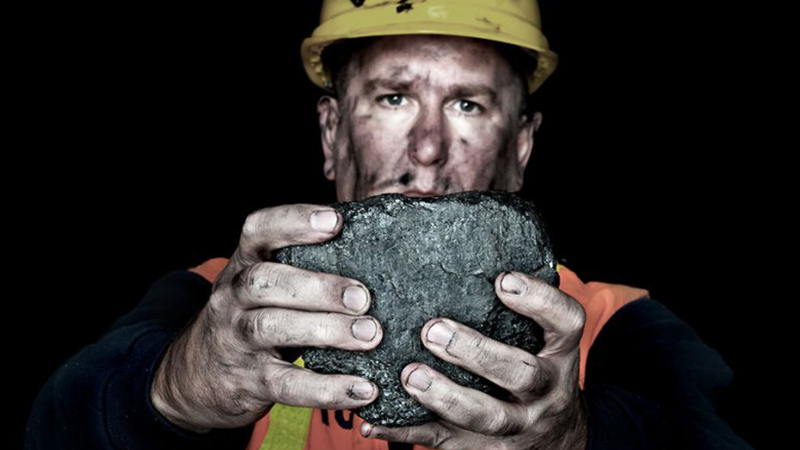 The savior of coal country?

West Virginia is a state which Trump won with nearly 70 percent of the vote in the 2016 elections, largely on his promises of reviving the state’s coal industry. It is well known that downturn of coal mining, which has become increasingly displaced by natural gas production, has left tens of thousands of people out of work and desperate in the state.

The signs of this desperation abound. Opioid abuse and suicide have become epidemics in over the past two decades. The majority of West Virginia’s residents know at least one person suffering from opioid addiction. The state has the distinction of the highest rate of drug overdose deaths in the entire country and the highest suicide rate for any eastern state. It also boasts the country’s second-lowest life expectancy.

It is no wonder that the promises of Trump resonated in this state. In large part due to the loss of coal jobs, the state has the lowest labor force participation rate in the country — just 53% of capable adults are working today. Faced with continually declining jobs and wages, Trump appears a savior. “Our economy is booming like never before…And our great coal miners are back to work,” Trump declared at a West Virginia rally last September. The state’s highest-ranking Democratic politician, Senator Joe Manchin, has been able to maintain his political career largely by recycling much of Trump’s rhetoric about protecting coal jobs. Like the president, Manchin has consistently opposed regulation of coal extraction and has come out against federal laws prohibiting mountaintop removal mining.

In large part due to the loss of coal jobs, the state has the lowest labor force participation rate in the country — just 53% of capable adults are working today. Faced with continually declining jobs and wages, Trump appears a savior.

However, despite their demagoguery, neither Trump nor Manchin were ever concerned with the wellbeing of miners as much as the profits of the coal industry. Case in point: in the midst of their ongoing battle to continue mining and burning coal, Republicans and Democrats have looked the other way in the face of one of the most devastating public health crises caused by the coal industry in decades.

According to an investigation by NPR and Frontline which was made public this week, more than 2,000 miners in West Virginia, Kentucky and elsewhere in Appalachia are currently suffering from black lung. Black lung, or progressive massive fibrosis, causes the tissue of the lungs to scar and turn black. The illness leaves its victims continually out of breath and eventually, suffocating. There is no cure for black lung. Most of those who suffer from the advanced stages of the affliction will die of it.

Black lung is caused by inhalation of silica dust, which fills the air when miners drill into rock to find new seams of coal. As the readily available supply of coal underground dwindles, more and more drilling is required to extract it. This means more and more miners are exposed to silica dust as coal reserves are used up.

Black lung is caused by inhalation of silica dust, which fills the air when miners drill into rock to find new seams of coal. As the readily available supply of coal underground dwindles, more and more drilling is required to extract it. This means more and more miners are exposed to silica dust as coal reserves are used up.

The federal government identified 99 people who had become afflicted with black lung between 2011 and 2016. However, the results of the NPR/Frontline investigation show that the real number of cases is more than 20 times the official number. Federal regulators under the administrations of Clinton, Bush II, Obama and Trump repeatedly looked the other way in the face of evidence of that silica dust presented a major danger to miners. Mining companies were often able to “self-regulate” or take advantage of loopholes to avoid monitoring. In many cases, because the dust was produced by exploration, rather than the actual extraction of coal, no monitoring at all was required.

Historically, it has been the older and more tenured miners who are the most affected. In some regions of Appalachia, as many as one in five miners who’ve worked for 25 years or more have been confirmed to have black lung. However, the illness has not been restricted to these workers in recent years. The investigation found miners in their thirties experiencing the advanced stages of black lung, including some who had only worked in the mines for 12 years.

Knowledge of the dangers of black lung for coal miners is not new. For at least a century, experts have understood that coal and silica dust produced by mining has led to fatal consequences. In 1969, West Virginia miners organized a nearly month-long strike demanding the government take action to prevent black lung and that it offer compensation to victims. And like the teachers of West Virginia last year, the miners struck against the wishes of their own union. Their militant action resulted in the passage of the Federal Coal Mine Health and Safety Act. Incidence of black lung plummeted afterwards but in the 2000s it appeared to be to rise again. According to the Guardian, the rates of black lung in Appalachia are higher today than they were in 1969, the year the miners walked off the job in protest of their conditions.

Despite the ongoing suffering of miners, the past two years have been good ones for coal executives. This year, President Trump cleared the way for the expansion of coal mining, by rolling back the minimal restrictions placed on the industry by the Obama administration. Coal prices are the highest they’ve been since 2001, thanks to a growing import market in China, India and elsewhere in Asia. Even as the number of coal workers continues to fall, coal production increased in 2017 over the previous year and looks to continue rising for 2018.

Despite the ongoing suffering of miners, the past two years have been good ones for coal executives. This year, President Trump cleared the way for the expansion of coal mining, by rolling back the minimal restrictions placed on the industry by the Obama administration.

Trump is not the only U.S. president the coal industry should thank. Despite modest restrictions on emissions put in place by Obama, we should not forget the opportunity squandered by Trump’s predecessor to shut down the coal industry and replace it with renewable energy sources. In fact, as candidate for president, Obama touted the use of “clean coal” — an utterly fraudulent marketing ploy — as a key aspect of his energy program. The Obama administration also put billions in economic stimulus toward so-called “green” infrastructure for coal industry. However, the environmental improvements of the program are questionable. The industry is still the dirtiest existing energy source, responsible for the vast share of toxic mercury in the air and water and more than a quarter of all carbon dioxide emissions.

Coal’s Deadly Consequences Around the World

Of course, it is not only the miners of Appalachia who are suffering from the coal industry’s practices. Just this year we witnessed deadly fires in California, massive flooding in the Carolinas, and heat waves around the world, each of which was at least exacerbated by global warming. The coal industry, along with other fossil fuel industries, continues to be let off the hook for their role in climate change, and not just by climate-change deniers but also by Democratic politicians who refuse to take meaningful action against the industry.

Putting an end to coal production does not have to mean putting miners out of work. Coal could be replaced by state-owned and a worker and consumer managed renewable energy industry, keeping all jobs while dramatically cutting carbon emissions.

West Virginia’s historic labor movement could play an important role in securing protections and health care for coal workers, while ending coal production and creating jobs in renewable energy. This prospect may seem distant today given the dismal state of labor in the state. However, while worker organizing in the state is dormant, it’s not dead. Nearly a year ago, the courageous teachers of West Virginia organized a month-long walkout, unauthorized by their union, for better healthcare and pay, sparking a nationwide renewal of teacher organizing and mobilizations. These strikes point the way forward for West Virginia’s workers, even as union leaders continue to stand idly by.

West Virginia’s workers may today see a Trump as a savior. However, a revitalized workers movement, which demanded jobs, health care, and a clean alternative to coal could demonstrate that Trump — and all those who’ve supposedly stood up for coal — have never had their interests in mind. When forced to choose between coal industry executives and the workers and poor people of Appalachia, it will be clear on whose side Trump stands.