Trump, Tillerson and the Revolving Door at the White House

Last Tuesday, Trump announced that he was firing his Secretary of State via Twitter, apparently without Tillerson himself knowing about it, although his departure was practically certain since his comment about Trump being a “fucking moron” was leaked to the press last October. 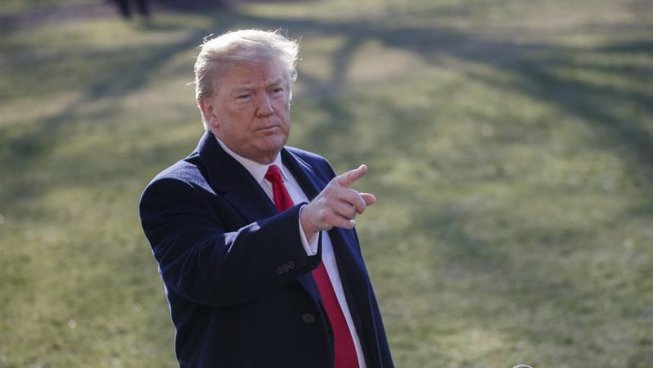 The final straw for Tillerson may have been his accusation of Russian involvement in the chemical attacks in Salisbury, England last week. The White House, meanwhile, has been hesitant to directly condemn Russia in the incident.

According to a study by the Brookings Institution, during the first 365 days of Trump’s administration, 25 high-ranking officials either resigned or were fired, indicating a 43 percent turnover rate, which is double that of the Reagan Administration during its first year, and three times the turnover under Obama. At least two more people must now be added to that list: Gary Cohn, the President’s chief economic advisor, the rare Democrat and globalist in the cabinet; and now Tillerson, who could have gone down into history as a respectable CEO of Exxon Mobile but will now be (barely) remembered as one of the most insignificant Secretaries of State in U.S. history.

No consistent trend can be inferred from the profiles of these former staff members. The departures are rather an expression of the fluctuations in the Trump Administration’s political line and the inter-clique conflicts that have characterized the administration thus far.

Last year it seemed that the “Trumpist” wing of the administration had fallen from grace with the departure of Michael Flynn, who epitomized of the “Putin-friendly” wing, and of Steve Bannon, a plebeian who emerged from the ranks of the alt-right as Trump’s “populist” ideologue and occupied one of the most privileged positions of power until he made the mistake of criticizing the Presidential family.

The appointment of three generals to key positions — H.R. McMaster as National Security Advisor, James Mattis as head of Defense and John Kelly as White House Chief of Staff — was met with a certain degree of relief from the establishment, who believed that this shift towards the military bureaucracy as the backbone of the administration could discipline the different factions and provide a consistent political line. This would have been possible if a “moderate” axis was firmly established, which included Tillerson, who was opposed to the U.S.’s withdrawal from the Paris Agreements, the acknowledgement of Jerusalem as the capital of Israel and the reversal of the nuclear agreement with Iran, i.e. practically all of Trump’s foreign policy.

Now the pendulum seems to be swinging back toward the most hard-line hawks. Not just with Pompeo’s appointment, but also with the hiring as CIA Chief of Gina Haspel, who oversaw a clandestine prison in Thailand in 2002, one of the horrific “black sites” where supposed “terrorists” were tortured. The new head of the so-called “Deep State” has also persisted in trying to extend the concentration camp at Guantanamo.
It is no coincidence that this shift is occurring in parallel with Trump’s new protectionist turn, which brought the world to the brink of a trade war after the announcement of new steel and aluminum tariffs in the name of “national security.”

Mike Pompeo emerged on the political scene with aid of the Tea Party. He gained his credentials after launching attacks against Hillary Clinton after the assault on the US embassy in Benghazi. His appointment may be related to the proximity of the meeting between Kim Jong Un and Trump, scheduled for May. Pompeo has already stated that the United States “will make no concessions,” as if to set the tone of the upcoming meeting, which seems to be more of an adventure than part of a coherent political strategy.

Some analysts are already saying that more heads are expected to roll. On that list is none other than General McMaster, who according to journalists closely connected with high-ranking officials, could be replaced by John Bolton, a neo-con who had a brief moment of glory in the George W. Bush Administration at the start of the Iraq war. And the speculation will likely continue. This latest shift will almost certainly not be the last, not only because of the president’s narcissism, or his crude and unpolished style – although this undoubtedly plays a role – but especially because of the weakness and instability of his administration. The latent wars within the White House, the divisions among the political establishment, the confrontation between the Executive branch and the FBI over “Russiagate” are all the result of the disputes within the ruling class, the divisions within the state bureaucracy, the social polarization and the declining influence of U.S. imperialism, i.e. the very conditions that ultimately explain the Trump phenomenon.