UAW officials call the cops on workers who were gathered outside Local 1853’s union hall in Spring Hill, Tennessee. 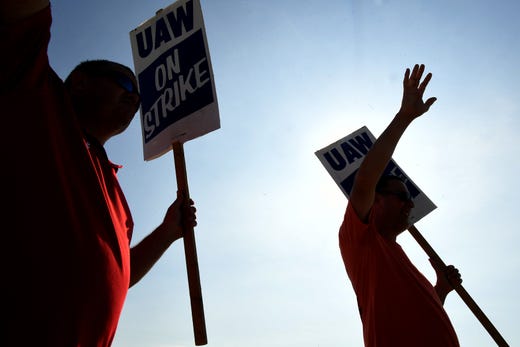 On Monday, October 21, video footage posted on UAW member Kris Gauthier’s personal facebook page went viral. The speaker in the video explains to the camera that a number of workers were gathered outside Local 1853’s union hall in Spring Hill, Tennessee to protest against the proposed contract when police were called on the protesting workers. “Our president, Tim Stannard, called the cops [on us] for protesting at the hall. They hiding some sneaky stuff in this contract, y’all. Y’all open your eyes, ask lots of questions,” remarked brother Gauthier.

The decision to call the police on fellow UAW members is an outrage that must be condemned! The police have been used throughout history to repress social movements, including UAW strikes. It was the police who fired teargas into the Flint factory to force out the 1936-37 sit-down strikers—members of the UAW. And it has been the police who escort scabs into and out of struck GM facilities today. Indeed, numerous GM workers have been arrested over the last month for blocking scabs from entering GM facilities. That a UAW official would call the cops on workers peacefully protesting today’s contract is a shameful attack by the union democracy.

Union leaders who use intimidation to try to silence opposition must be challenged, condemned, and ultimately removed by the democratic mandate of membership. Let this be a lesson: the union bureaucrats who currently lead the UAW don’t have members’ real interests at heart. It is up to the rank and file themselves to reclaim the union as their own and lead this strike to victory.