Unions, Left, and Activist Groups Go All Out For Abortion Rights in New York City

Join Left Voice, Starbucks workers, teachers, socialist and housing justice organizations, and others on the day the Supreme Court decision is announced to protest the overturning of Roe v. Wade and the attacks of the Right. 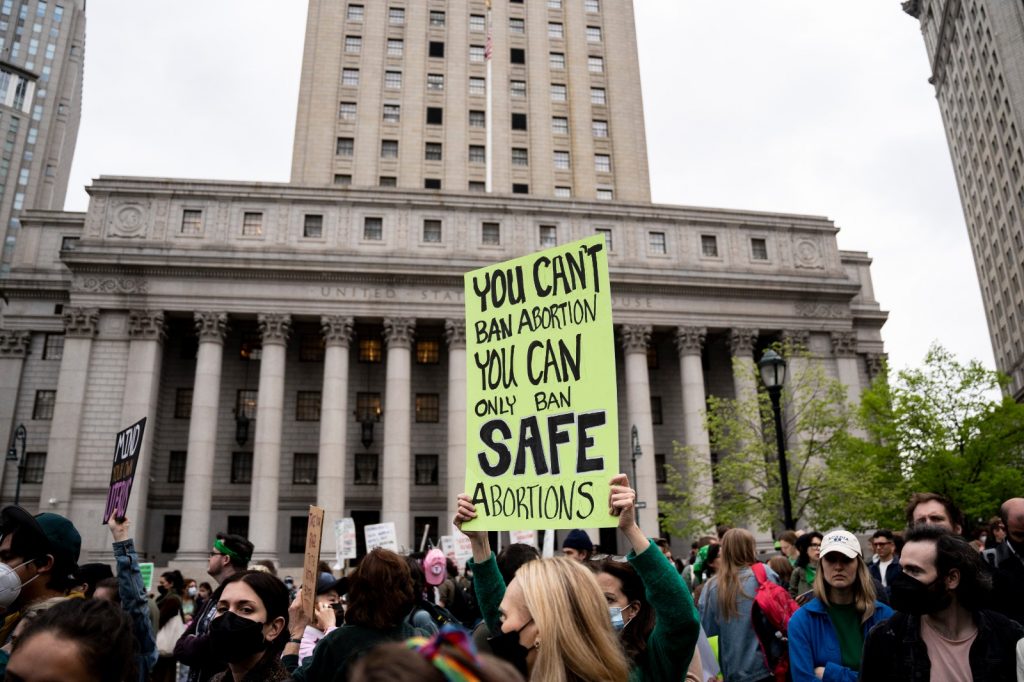 The Supreme Court is expected to release the finalized decision in Dobbs v. Jackson Women’s Health Organization, the case set to overturn Roe v. Wade, any day now. SCOTUS is likely hoping that in the aftermath of the draft leak, an official decision will render the matter settled, and the right wing is certainly going to use that to try to convince people that it’s over.

We must show them that we do not take the decision as the final word on the matter, and that effectively outlawing abortion in two dozen states is not acceptable. We must demand the immediate passage of a national law protecting abortion, and the force of a mass movement has the potential to make that happen, just as it did in Argentina in 2020.

Left Voice is proud to cosponsor a rally for abortion rights in New York City, scheduled for 7 pm EST on the day the decision is released. We will gather at 6:30 pm in Washington Square Park.

If your organization, union, or union caucus wants to join us in co-sponsoring this action, please get in touch at [email protected].