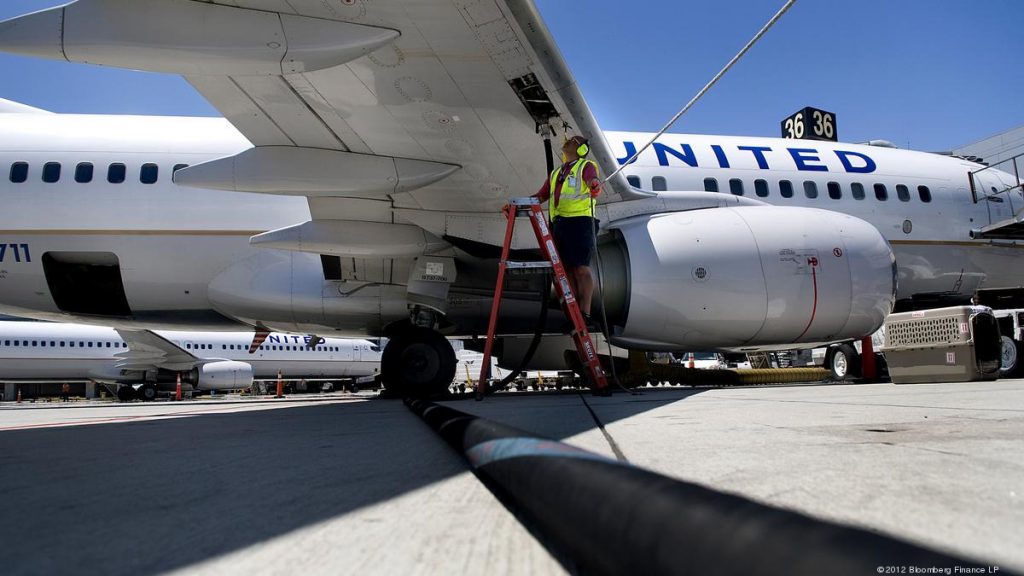 Under the slogan “Equality, Safety, Respect!” thousands of catering workers of United Airlines nationwide have filed for a union election to be represented by Unite Here. These workers – who cook and deliver inflight meals to planes – have been organizing in secret for over a year in five cities and across four time zones. In Newark, Cleveland, Houston, Denver, and Honolulu, over 2,000 of the the more than 2,700 person workforce signed union cards in a simultaneous campaign meant to catch United by surprise. When they win, the 2,700 new union sisters and brothers will join the other 80 percent of United Airlines workers, such as the pilots, mechanics, luggage handlers, flight attendants and ten other classifications already represented in their respective unions. The demand for Equality will be won as every front-line job category of United will be organized.

In a community center and a church in Elizabeth, New Jersey, Left Voice joined workers from Newark Liberty International Airport for their committee meetings. It is at these packed and energetic assemblies where dozens of leaders of the more than 1,200 employees at the airport met to formulate each stage of the campaign. They organized the blitz – the most intense phase of the campaign – where over the course of a few days they signed up more than 72 percent of their coworkers and planned each celebration, where the workers occupy the break-room in makeshift congregations to raise moral and win new people to the campaign.

At these committee meetings we learned why they are fighting for Safety and Respect as well. Worker after worker spoke on how the bosses shirked safety concerns, such as how management cared more about the well-being of the plane when a worker’s leg was pinned between a truck and the plane or when the heat inside of loading trucks are sweltering without AC and freezing without heat. On Respect, in contrast to the stories of harassment by bosses who belittle and disregard the hardworking catering crews, we saw so many nations and races represented by the 1,100 person workforce and how they stand shoulder to shoulder. The workers fight for respect from the bosses and have built an organization of American born and immigrants from dozens of countries where respect for each other is paramount. And beyond Respect, there is the bread and butter. United Airlines pays as low as $9.75 an hour while they made $2.3 billion in profit in 2016; they can afford to pay a decent wage to the workers who make their all profits.

As part of their campaign going public on Wednesday, January 24, representatives of the five committees brought signed union cards of the vast majority of their airports to the National Mediation Board to trigger a union election. Though an election date still has not been set, the stringent labor laws that govern the airline industry, the Railway Labor Act, hampers organizing by delaying elections as much as possible.

The workers will have to hold out through at least three weeks of ‘campaigning’ in which the bosses will try to intimidate, confuse, and otherwise bend and break the laws in their anti-union campaign just as they had tried to, but failed, at the Hilton Hotel in Stamford . Beyond stonewalling the election and recognition process as much as possible – and this will likely get worse under Trump appointees – the law also hampers militant actions within the workplace. This makes solidarity all the more important when the bosses go on their weeks long offensive. One example of this was on Martin Luther King Jr Day at Newark Liberty when over 600 workers of SEIU 32BJ marched for higher wages and were joined by members of UNITE HERE. The growing organization of cabin cleaners, custodians, and caterers, as well as from the flight attendants, mechanics and pilots of the other unions, will build the structures necessary to win big for everybody. Throughout the campaign period when the bosses are at their most craven, the support of the whole of the working class will be most paramount. As a small step, support the suspended workers at Newark!