University Occupation in Berlin: Beginning of a New Students’ Movement?

The Social Science Institute in the center of Berlin has been occupied for three weeks. Is this the beginning of a new students’ movement in Germany? 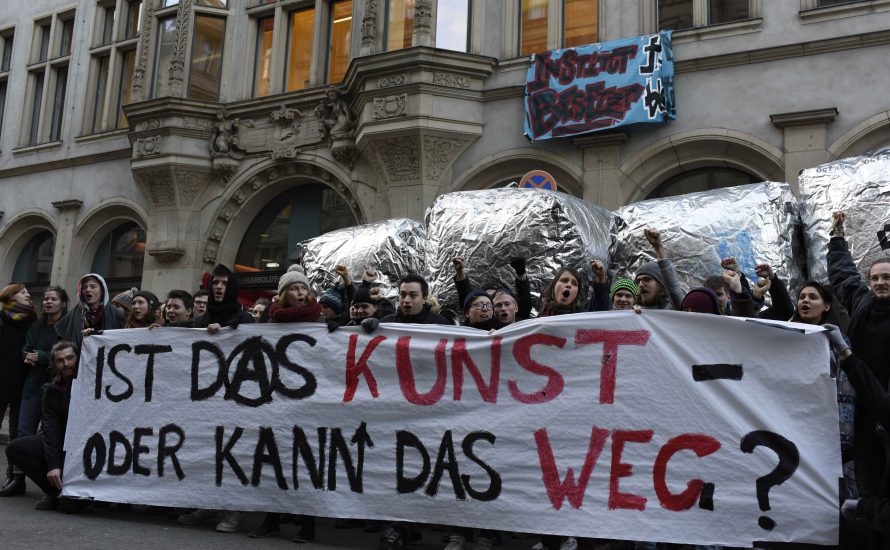 Update: On February 10, Humboldt University announced it would rescind the firing of lecturer Andrej Holm. The occupation was successful!

Nothing has happened at German universities in seven long years. Neoliberal depoliticization has been so effective that even representatives of the bourgeoisie have been heard expressing concern that students are no longer interested in politics.

But things might be changing. On January 18, the Social Science Institute of the Humboldt University, right in the center of Berlin, was occupied by more than 100 students. Their initial demand – #HolmBleibt! – went to the heart of Berlin politics.

On December 8, Berlin’s mayor Michael Müller (SPD) established a new coalition government with the Greens and “Die Linke” (The Left). The Left Party got to pick an undersecretary for construction – they named Andrej Holm.

Holm, a lecturer in sociology at the Humboldt University, is known as a critic of gentrification. When renters’ initiatives protest against the exploding rents in the city, Holm is their preferred expert. Ten years ago, he was actually charged with being a member of a left-wing terrorist group that planted bombs to protest gentrification (the charges were later dropped for lack of evidence).

The boulevard press campaigned against the nomination. Officially, this had nothing to do with Holm’s politics. Holm is from East Germany and when he was 18, he served for four months in the Ministry for State Security, the infamous Stasi, until the regime collapsed. Right-wing politicians claimed this disqualified him from political office. A pretty cheeky demand in a state that was built up by former Nazi career functionaries, when you think about it.

A politician of the neoliberal FDP let the cat out of the bag. The real problem with Holm was that he’s “closer to squatters than investors”, in the words of Sebastian Czaja.

By mid-January, Holm was forced to resign. But on top of that, he was also fired from his position at the Humboldt University – which labor lawyers declare was probably illegal. The demand that “Holm stays!” (#HolmBleibt) is what sent students onto the metaphorical barricades. In the last three weeks, they have organized demonstrations, parties and assemblies with hundreds of people. They have linked up with renters’ initiatives, as well as striking workers in the public sector and at Berlin’s biggest hospital. They have expanded their demands far beyond Holm.

As Yunus Özgür, a member of the student parliament from the Free University of Berlin for the Revolutionary-Communist Youth (RKJ), explains: “We have learned that the people that fired Holm are exactly the same people that defend the interests of the real estate mafia. We have seen that many employees at the university have outsourced and precarious contracts. We have seen how easy it is to fire critical lecturers because there is no democratic participation at the university.”

Protests are also spreading to the Free University – the second of Berlin’s three big university, with about 30,000 students each. On Tuesday, hundreds of students joined discussions at the FU’s Institute for Political Science, with topics ranging from democracy at the university to colonialist and racist content in seminars. The FU recently saw a very similar case to Holm’s: The precariously employed lecturer Eleonora Roldán Mendívil, a critic of colonialism and capitalism, was fired after a right-wing blog accused her of antisemitism, since she opposes the Israeli occupation of Palestine. Her struggle is ongoing. 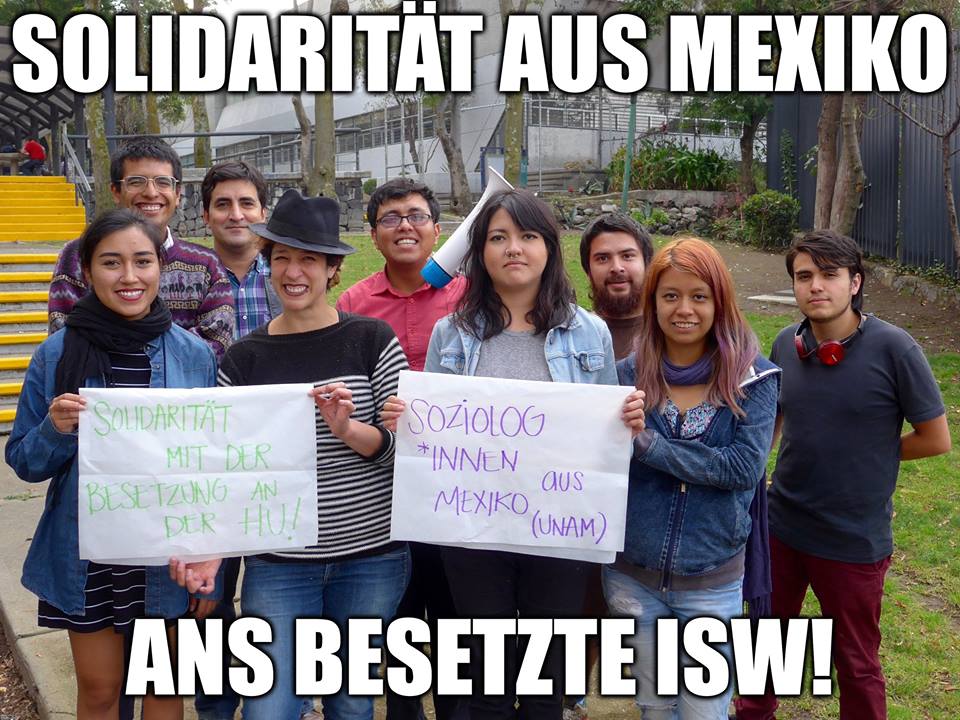 Are we witnessing the first steps of a new student movement in Germany? It’s hard to say. So far, only hundreds of have participated in protests. The last wave of the student movement, the “Education Strike” of 2009-10, saw a quarter of a million out on the streets.

After years of passivity, the ideological hegemony of the bourgeoisie at the universities is as strong as any time in the last half century. So there is no lack of political backwardness: Some students hope that putting the right person in a capitalist government could solve Berlin’s housing crisis. Other students refuse to express solidarity for Eleonora because they agree with the right-wing that any criticism of Israel is anti-semtiic. And most are just waiting to see what happens.

And yet, the protests represent a breath of fresh air. Germany has been shifting to the right for several years – but the tide will turn eventually! The key is for the students to reach out beyond the university, offering and receiving solidarity from students and workers, both in Berlin and internationally.