What Is Black August?

For Black revolutionaries and communities, the month of August is a month marked with the struggles, sacrifices, and resistance of Black people in the United States. In the midst of one of the biggest uprisings against racist and police violence in recent decades, Black August takes on new meaning. 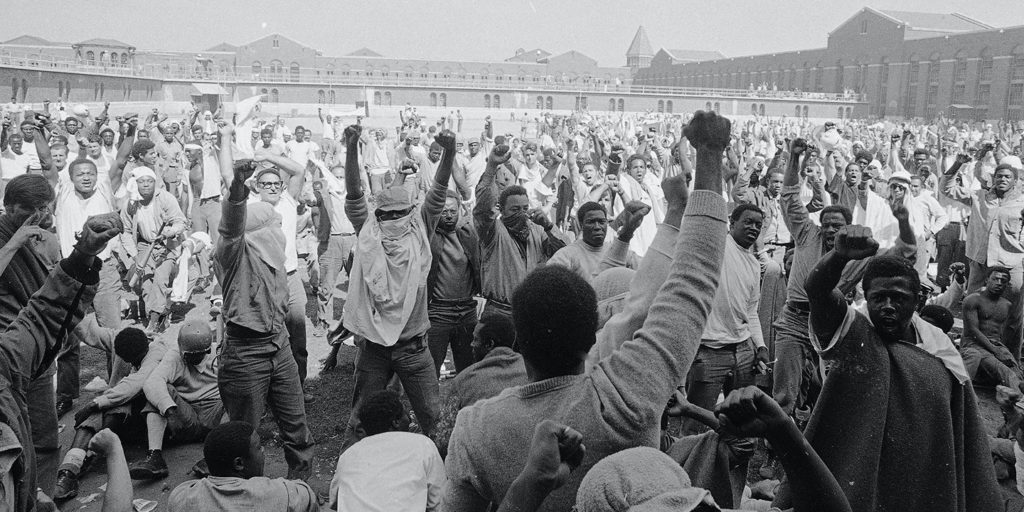 August Is a Month of Struggle

In August 1619, the first Afrikans were brought to the English colony of Virginia as slaves stolen from a Spanish ship. This event marked the beginning of an era of capture, kidnapping, and enslavement that made possible the development of capitalism and the amassing of wealth in the United States in particular.

On August 14, 1791, in the French colony of St. Domingue (Haiti), a siege was organized against white plantation owners, leaving over 1,000 dead. This ambush led by Afrikan maroons and slaves evolved into a revolutionary movement for national liberation, making the Republic of Haiti the first Afrikan republic in the New World in 1804.

On August 21, 1831, Nat Turner’s rebellion broke out in Virginia with just seven men. In just over 36 hours, they killed more than 50 slave owners. The rebellion came to symbolize an act of war against the slave system, one that reverberates with Black resistance today.

On August 25, 1925, the Brotherhood of Sleeping Car Porters was created under the slogan “Fight or Be Slaves.” The goal was to win a labor union and fight the terrible working conditions experienced by the sleeping car porters. They became the first Black labor union recognized by the AFL.

On August 11, 1965, the beating and arrest of a Black motorist Marquette Frye, his brother Ronald, and his mother by white police officers led to a six-day uprising in Los Angeles called the Watts Rebellion. The rebellion was a turning point in Los Angeles and around the country for Black revolutionary struggles to break with pacifism and organize against racist police terror.

After a period in juvenile detention, George Jackson was imprisoned again for allegedly stealing $70. He got one year to life in prison … for $70. In prison, George Jackson became politicized. He wrote, “I met Marx, Lenin, Trotsky, Engels, and Mao when I entered prison and they redeemed me. For the first four years, I studied nothing but economics and military ideas. I met black guerrillas — George ‘Big Jake’ Lewis, and James Carr, W.L. Nolen, Bill Christmas, Torry Gibson. … We attempted to transform the black criminal mentality into a black revolutionary mentality.”

A clear “organic intellectual,” as Gramsci would put it, of the hundreds of thousands of Black people locked up, Jackson became a field organizer for the Black Panther Party, with the goal of recruiting imprisoned Black people to the group. He organized sit-ins and teach-ins about revolutionary literature.

After the death of a prison guard, Jackson, Fleeta Drumgo, and John Wesley Clutchette were charged without evidence. They became known as the “Soledad Brothers” — locked up in Soledad prison and facing the death penalty. It was clearly a move by the state to kill leftists agitating in prison.

Only a few months later, on August 7, Jonathan Jackson, George’s younger brother, organized what became known as the Marin County Courthouse Slave Rebellion in San Rafael, California. This is the central event in the founding of Black August.

Seventeen-year-old Jonathan Jackson, who was a high school student at the time, broke into the Marin Courtroom. He threw guns to prisoners William Christmas and James McClain, and was joined by lawyer Ruchell Cinque Magee. The four men took the judge, assistant district attorney, and three jurors hostage. With shouts of “We are the revolutionaries!” they broke out of the courthouse, planning to take over the radio station to demand freedom for the imprisoned Soledad Brothers and expose the brutally racist prison conditions.

But before they could escape through the garage, they were cornered by San Quentin guards. The guards opened fire, killing the judge, Jonathan Jackson, Christmas, and McClain. Ruchell “Cinque” Magee survived and continues to be a political prisoner to this day.

The guns were registered in the name of Angela Davis, a professor who had recently been fired from UCLA owing to racist red-baiting against her. Davis, a longtime member of the Communist Party, was charged in relation to the guns used, which led to the Free Angela and All Political Prisoners campaign.

George Jackson wrote the following about his brother Jonathan in his book Soledad Brother: “To the man-child, tall, evil, graceful, bright-eyed, Black man-child — Jonathan Peter Jackson — who died on August 7, 1970, courage in one hand, assault rifle in the other; my brother, comrade, friend — the true revolutionary, the Black communist guerrilla in the highest state of development, he died on the trigger, scourge of the unrighteous, soldier of the people.”

In August 1971, just a year later, George Jackson was killed by prison guards in jail. The official story is that George had attempted to escape prison and that he had gotten a gun into jail. But the cops kept changing their story, and it’s clear that George Jackson was assassinated for political reasons, for being a Black leftist in jail. Jackson spent 11 of his almost 30 years in jail, his entire adult life. And in that sense he was an organic intellectual for the prison industrial complex, which continued to balloon over the years.

And from these stories of resistance — from Black people who sought to make revolution and to tear down the racist capitalist system that maintains a system of slavery in prisons — comes Black August.

Black August and the Fight against Prisons

Since George and Jonathan Jackson were killed, the prison population has ballooned from 200,000 in the 1960s to 2.2 million people locked up today. The United States locks up more people than any other nation in the world, ensuring profits not only through private prisons but also by hiking up prices in prisons. Prisons also provide low-wage and even no-waged labor in prison and a reserve army of labor disenfranchised from most jobs on the outside.

In this spirit, Black August speaks out against the prison industrial complex, against the racist prison system which systematically locks up Black and Brown people and against the Democrats and Republicans responsible for this system.

Over the past few years, activism against prisons has escalated, both within and outside the prisons. A series of hunger strikes by imprisoned people against solitary confinement occurred in 2011 and again in 2013. In 2018, a series of prison strikes took place from August 21 and until September 9 — -ending on the anniversary of the first day of the Attica Prison Rebellion. Prisoners engaged in work stoppages and others staged actions in solidarity.

From 1619 to today the resistance to enslavement has not stopped — from chattel slavery to prisons. The fight against the police and systemic racism is a fight against the racist prison system. This Black August, which takes place in the midst of a Black Lives Matter uprising, is a chance to revisit and learn from the struggles of Black leftists of the past — to learn, find agreements and disagreements, and, most importantly, to commit to a struggle to abolish the racist institutions of police, prisons, and the capitalist system that necessitates these repressive mechanisms.

It is in this spirit that we invite our readers and open up our pages for discussion. Send your articles, art, or testimonials to [email protected] as we reflect and build on the importance and legacy of Black August.