Tensions in Honduras have reached a boiling point after the November 26 presidential elections. The Central American nation is now in the midst of its biggest political crisis since the U.S.-sponsored coup d’état in 2009. 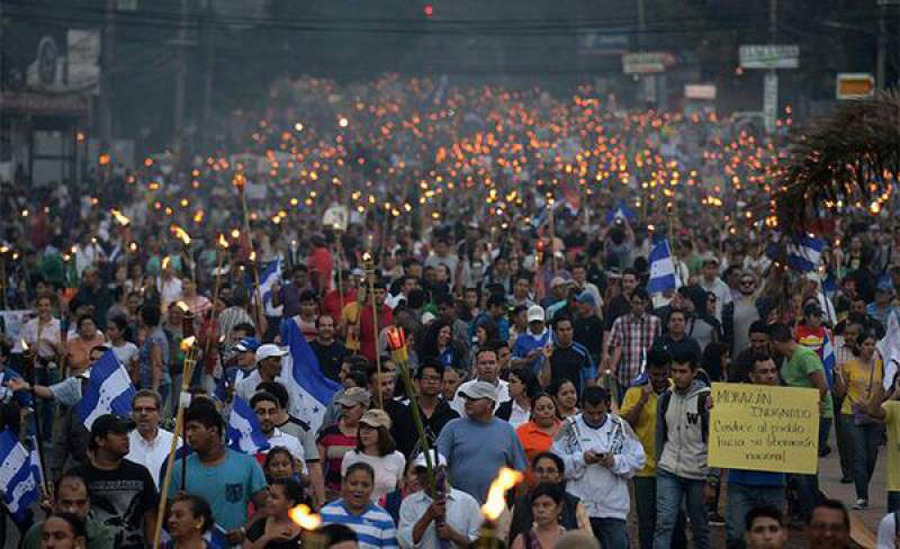 The Honduran Constitution prohibits presidents from running for a second term, which should have made Hernández ineligible to stand for office again. The current president was only able to run for a second term thanks to a controversial decision by the Supreme Court in his favor. The decision was also approved by the Supreme Electoral Tribunal (TSE), a largely discredited body.

According to protesters, the most important institutions of the country are tightly controlled by the ruling National Party and lack political impartiality. 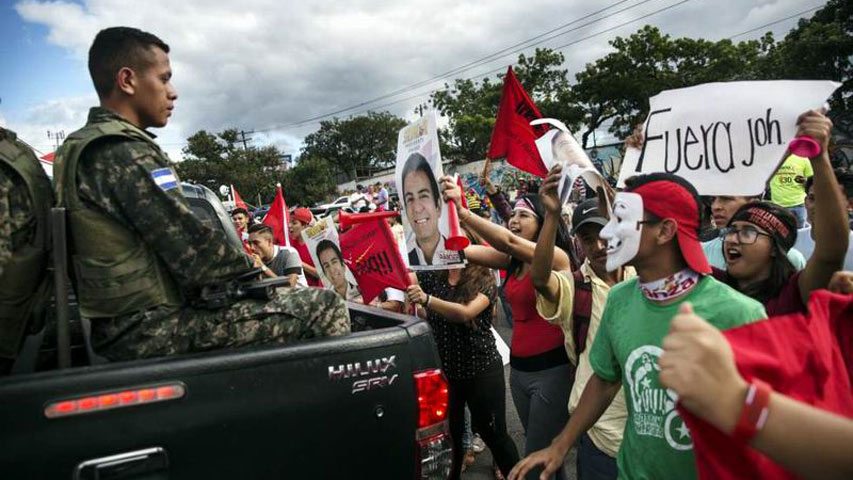 Fears of fraud linger after the previous elections of 2013, in which Hernández beat Xiomara Castro amid massive irregularities.

The current crisis began last Monday when the first partial results of the presidential election in Honduras went public.

According to the government, with the 88% of the ballots counted, Hernández is leading the official count by a narrow margin.

After the announcement, Salvador Nasralla declared that the electoral court was manipulating the results. He also called on his supporters to take to the streets.

Tensions were temporarily diffused on Wednesday when both Nasralla and Hernández signed a document vowing to respect the final results once every vote had been scrutinized.

But delays in the vote counting process and the profound discontent among the Honduran people pushed Nasralla to say that the document “had no validity.”

Since then, the rage against the government has spread throughout the country. More than 500,000 people joined the demonstrations earlier this week. The people have faced bloody repression by the police and the army.

Ramón Custodio, the former national commissioner of human rights, said that “the current electoral process is invalid since it is based on the manipulations by the Electoral Tribunal.”

The popular anger against the apparent fraud has led to large demonstrations across the country, and in particular in the capital of Tegucigalpa.

Hondurans staged multiple protests last week, blocking roads and bridges, and facing off the police and the armed forces. State repression has resulted in more than 500 arrests and at least seven deaths, including that of a 19-year-old woman.

The government responded by issuing a 10-day state of emergency on Friday, including a nighttime curfew. However, the anger is so great that this weekend workers and youth broke the curfew and returned to the streets. In Tegucigalpa, tens of thousands occupied the most important plazas and government buildings of the city. 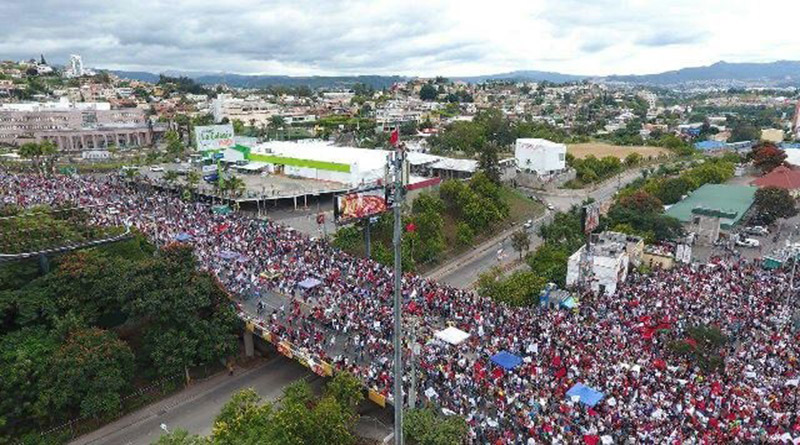 The protests are the consequence of the profound popular discontent with corruption, unemployment, and lack of education and health care. They express the people’s desire for democracy and their hatred against a government that came to power through a military coup.

The 2009 Coup Was Sponsored by U.S. Imperialism

In June 2009, the Honduran Army, under the direction of the Honduran Supreme Court, forcibly overthrow democratically-elected President Manuel Zelaya and sent him into exile.

The coup was ordered after the former president called a referendum to convene a Constituent Assembly and re-write the constitution.

As in the fateful years of the brutal military dictatorships throughout Central and South America, behind the coup in Honduras were U.S. advisers and funders.

The Independent stated “Honduran politicians and businessmen who backed the coup were already hard at work lobbying in the halls of Congress – one group even set up an informal headquarters in a company’s conference room in downtown D.C., according to a former Honduran military officer who lives in the Washington area, who requested anonymity. While not a coordinated plan between the two parties, the support from a U.S. general likely buoyed their effort”.

The support that the former Secretary of State Hillary Clinton gave to the military coup is well known.

Solidarity with the Honduran people

In several parts of the world there have been demonstrations in support of the Honduran people. Our Central American brothers and sisters have shown great willingness to fight and strong democratic aspirations. United States policy in Honduras has been criminal. We must extend our solidarity from the heart of the empire and demand: US Imperialism Out of Honduras!