Why Do Republicans Keep Failing to Repeal Obamacare?

With a new attempt to kill the ACA in shambles, a close look at the social forces behind each of the health care programs is in order. 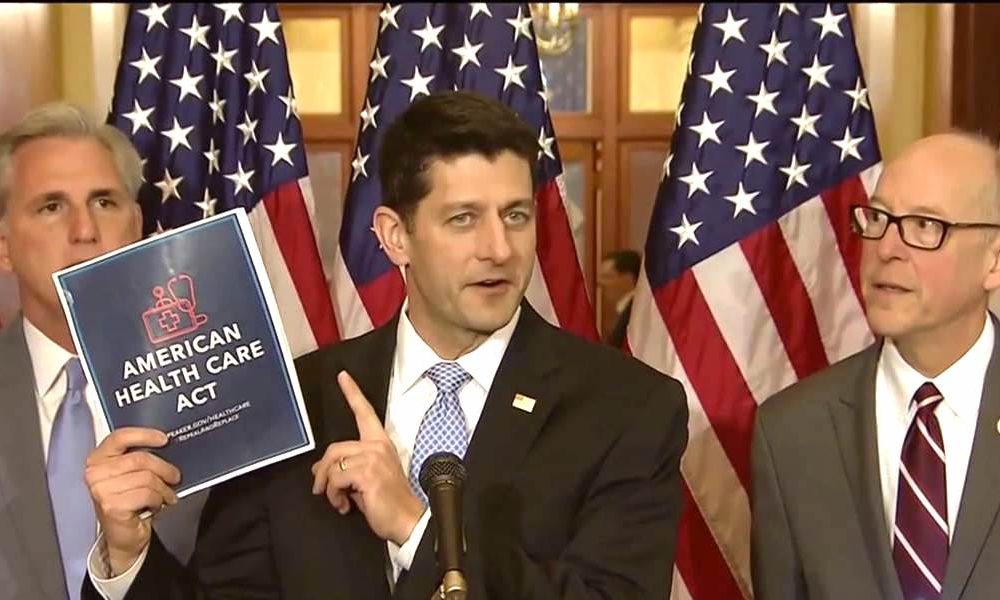 Tuesday evening, after garnering enough votes to begin debate on a bill to repeal Obamacare, Republicans in the Senate fell short of passing a comprehensive plan that would have replaced the 2010 healthcare legislation. Wednesday afternoon, while millions held their breaths, fearing for the future of their health coverage, a clumsy attempt to “just repeal” the ACA failed again. Negotiations are continuing, but GOP senators are finding it more and more difficult to pass any kind of health care bill.

Republicans have promised for years to repeal Obamacare, claiming it is “a disaster.” True, it is a bad deal for working people in the US, but not for the reasons they argue. And it is precisely because they cynically twist the argument in order to get an even worse bill passed that these efforts have repeatedly failed.

Historically, all efforts to implement a universal health care plan in the US have been derailed. This makes the US a particularly hostile place for anyone who at some point in their life will need health care, that is to say, for everyone except for those who are too wealthy to have to worry about health care costs.

The lack of public, universal health care makes the US stand out in relation to all other OECD countries as by far the most expensive place to be sick while also yielding remarkably bad health outcomes and low life expectancy. 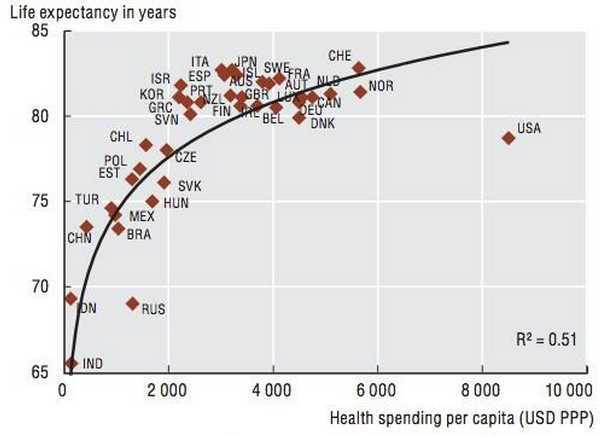 Because this crisis reached a critical point in the early 2000s, Barack Obama campaigned heavily on a healthcare overhaul. Once in office, he took the public option off the table and passed the best bill the insurance companies could ask for accompanied by some progressive provisions to broaden its support. Notable among the latter, the expansion of Medicaid allowed roughly 15 million previously uninsured people to get health coverage.

Republicans argue that the ACA is a total failure and needs to be dismantled, but what they propose to replace it with is even worse. This is made clear by the sheer fact that, depending on what alternative to the ACA, if any, the GOP sets in place, the number of uninsured would increase by 15-32 million people. This will, mainly, be a result of rolling back the Medicaid expansion which would save the government upwards of 800 billion dollars over 10 years. And let’s be clear: cutbacks on social spending under the guise of saving, reducing deficit or making the government less expensive always means a redistribution of income from the poor to the rich. In the case of the Medicaid expansion repeal, the “savings” would pay for the tax breaks to the rich in Trump’s proposed tax reform.

The rollback of Medicaid, opposed by 65 percent of the population will hit a large number of Trump and republican voters. That is why several Republican senators, such as Lisa Murkowsky of Alaska and Susan Collins of Maine, have announced that they will not support the bill as it is now. A handful of other GOP senators are on the fence and voted against the plain “repeal” Wednesday afternoon; they know they could lose their seats if they back such a draconian measure.

Along with the unpopular slashes to Medicaid, Republicans are appealing to their base by attacking the most disliked provision in the ACA: the individual mandate. This clause forces all individuals with an income above the poverty level to purchase health insurance, and it was introduced to force young and healthy people into the risk pools in order to lower the average cost per person. In other words, it was a precious gift for insurance companies who saw their enrolled population swell. In exchange for this rip-off, insurers agreed to put a cap on the additional charges for older, less healthy people (but it was still up to 3 times the minimum cost offered to young individuals).

Now if Republicans get rid of the individual mandate, the risk pools will lose many of the younger and healthier members, raising the average cost per person insured. This means that the bill in Congress will inevitably have to lift the cap on premiums, allowing them to soar even more rapidly than they do now.

In a brilliant moment of lucidity, Senator Ted Cruz proposed an amendment – swiftly incorporated to one of the many versions of the GOP health care bill – that allows insurance companies to provide cheaper plans without complying with the minimum set of benefits required by the ACA (as long as they offer other plans that do). This would allow insurance companies to refuse to cover basic services like maternity care.

America’s Health Insurance Plans and BlueCross BlueShield Association, sent a letter to Congress opposing the amendment. This was in line with a statement by Centene, one of the largest providers of insurance and other health services, in which the company reported $170 million in net profits for the second quarter of 2016 and $254 million for the same period in 2017.

The fact that insurance companies and private health care providers all but love the ACA makes it difficult for the GOP to strike down its basic pillars. Republicans, however, try to brandish the bill as a reflection of a people’s revolt against Obamacare. But what is it that people hate about Obamacare?

What people don’t like about the Affordable Care Act

When people who oppose the ACA are asked why they don’t like it, the most common response is because it is too expensive. No wonder. The costs of premiums skyrocketed from 2013 to 2017: they rose a staggering 108% according to a report by the ASPE, an office that works under the US Department of Health and Human Services. Some premiums have even gone up 400 percent!

Dan Hopkins from FiveThirtyEight estimates that 23% of those who oppose Obamacare do so due to “personal costs.” There is an 8 percent of them who oppose it because it “infringes constitutional rights,” alluding to the individual mandate that forces them to buy health insurance, and roughly 18% oppose it on ideological bases (“no proper role of government”, “costs government too much,” etc.). This means that only around 10% of all the people surveyed oppose the ACA on the grounds that the GOP is advancing.

In the meantime, support for Single Payer has been gaining steam, now supported by 53% of the population (versus the 43% who oppose it). Furthermore, a Gallup poll reports that 4 in 10 Republican voters support a federally-funded health care system.

On the other hand, as we have seen above, insurance companies and private health care providers love the ACA. Big Pharma, too, has taken a big bite at the profits yielded by Obama’s landmark legislation. A testimony of this is the soaring drug prices of the past few years, an issue that even mainstream Democrats have come to recognize as a crisis.

The lobbying power of these health-related industries weighs heavier than that of anyone else. Thus, in a context where the working masses are not actively mobilized around this issue, any policy that affects the interests of these companies will die a quick death in the Senate.

And so we arrive at some preliminary conclusions. As odd as it may appear, there has historically been a majority of the US population in favor of the idea of a healthcare system provided by the federal government. If there is now a popular sentiment in favor of replacing the ACA, it is, as the Gallup poll shows, in favor of Single Payer or other forms of publicly-funded, universal health care.

On the other hand, health-related capital does not support GOP’s efforts. So why are Republicans still avidly pushing to repeal Obamacare?

First, they need to overcome the inertia and dispel the notion that, in the words of John McCain this Tuesday, they’re “getting nothing done.” The Trump administration, and with it the Republicans in control of both houses, have not yet been able to pass any major piece of legislation. As public scrutiny and scandal mount around the ties between Trump’s aides, his family, and Russia, the need for showing a functioning Congress and a GOP on the offensive increases. Donald Trump’s frenetic plea to Republican senators to “repeal or repeal and replace” (or just vote on something!) reflects the anxiety in the White House.

These efforts to recuperate the agenda are combined with the longstanding endeavor and promises to wipe out Obama’s main legacy.

The repeated failures of the GOP, in control of the White House and both chambers of Congress, to pass legislation that finally settles the question, has had the unexpected consequence of putting the discussion about health care back on the table. If Republicans in the Senate ultimately manage to approve legislation repealing the ACA, it will be a Pyrrhic victory and will certainly backfire in the form of resistance and mobilization.

Regardless of the immediate outcomes of the debates in the Senate, it is time for the growing US left to start mobilizing for universal health care. The polls reflect a widespread sentiment: a backwind strong enough to mobilize hundreds of thousands nationally for Universal Health.