General Motors wants workers to get back on the assembly line, but workers and the UAW say it’s too soon. The move by the UAW to slow down production at GM could have ripple effects throughout the U.S. economy as other manufacturers may follow their lead. 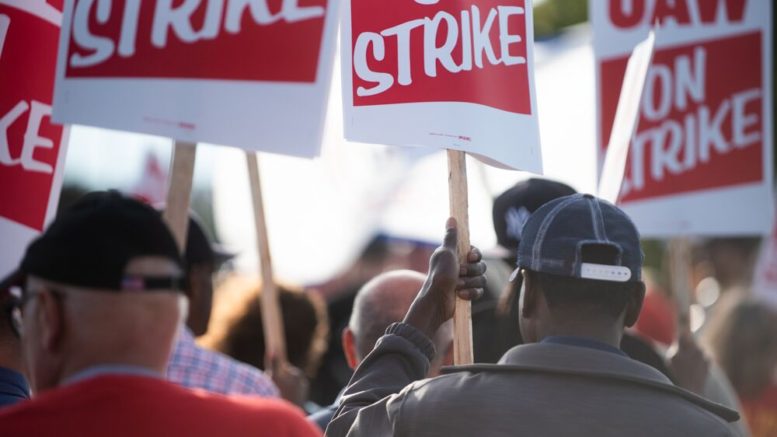 Yesterday, both Chrysler and Ford announced that they would delay restarting production, which initially had been targeted for early May.

However, General Motors began advising line managers to come back next week to help restart production the week of May 4th.

The UAW quickly called for a halt to recall workers back to the plant.

“At this point in time, the UAW does not believe the scientific data is conclusive that it is safe to have our members back in the workplace,” said UAW President Rory Gamble.

With much of the production slated to restart in Michigan, which has seen over 3,000 deaths from COVID-19, many workers are worried.

23 UAW members have already died of COVID-19, and many fear reopening the plants will lead to more deaths.

“We have not done enough testing to really understand the threat our members face,” said Gamble. “We want to make sure the scientific data is supportive, and every possible health protocols and enhanced protections are in place before UAW members walk into the workplace.”

The UAW’s statement likely delays were reopening GM as the potential for work stoppages at the automaker.

Last fall, UAW struck for six weeks at General Motors. Antagonism between the company and the union, which narrowly approved the contract to resolve the strike, remains high.

Workers across the United States have already gone on work stoppages across the US to force at auto plants. With the UAW reluctant to reopen the plant, the threat of workers going on strike is very real.

The UAW says it’s continuing to meet with companies to discuss how to best safely restart these plants.

“We know that auto assembly workers will be one of the first back to work as the economy emerges,” says Gamble. “So we are in deep discussions with all three companies and all of our sectors to plan ahead over the implementation of CDC safety standards and using all available technologies to protect all UAW members, their families, and the public.”

The move by the UAW to slow down production at GM could have ripple effects throughout the US economy as other manufacturers may follow their lead.

This article was originally published in Payday Report on April 24, 2020.