100 Years of the Communist Youth International

On November 20, 1919, delegates from 14 countries founded the Communist Youth International. Its youth organizations played a leading role in the resistance against World War One, fighting against both bourgeois governments and their own party’s reformist leaders. 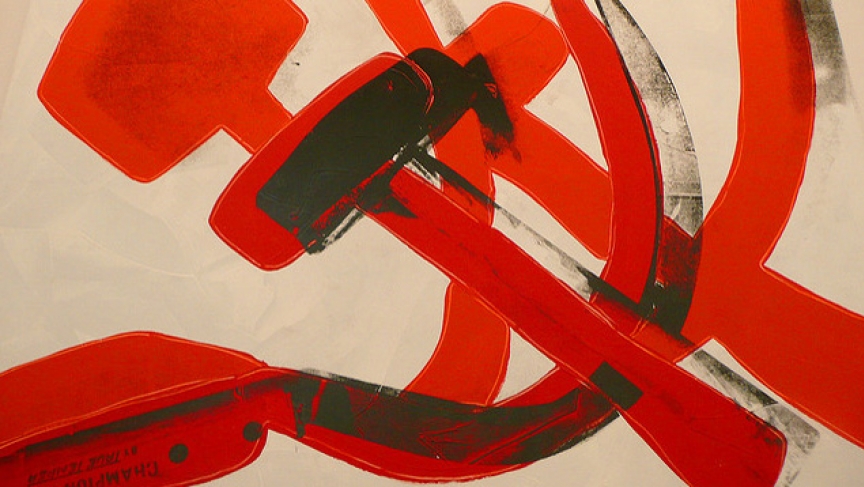 On November 20, 1919, a few dozen young people met in a “dark, dirty, cramped back room of a Berlin pub.” The room had been reserved for a meeting of a pigeon breeders’ association. What strange pigeon breeders would these have been?

They were young communists, representing youth organizations with 250,000 members. At the time, Germany was a constitutional republic with a social democratic government. But the repression was brutal. In those days, the social democratic war minister Gustav Noske sent armored cars to prevent a demonstration in solidarity with Soviet Russia on the second anniversary of the October Revolution.

So the delegates met in a different secret location every day. They met at the studio of artist Käthe Kollowitz one day, then at the ruins at the Sanssouci Palace in Potsdam the next. After six days of discussions, they founded the Communist Youth International (CYI).

The CYI might seem like another of the countless front organizations founded by the Communist International (CI or Comintern). But it had its own history, going all the way back to 1907. The founding congress continued a long struggle by socialist youth against reformism.

The CYI, with sections in 14 countries, was founded in 1907 in Stuttgart, after the congress of the Socialist International. The German social democratic Karl Liebknecht, who had spoken at the congress on the struggle of the youth against militarism, was elected chairman of this International Union of Socialist Youth Organizations (IUSYO). At 36, Liebknecht was more of an elder statesman than a member.

From the beginning, these youth organizations were stuck in a kind of guerrilla war with the leaders of the social democratic parties and trade unions: The former saw themselves as fighting political organizations, the latter saw them as associations for educational and cultural work. The older leaders accused the youth of trying to “completely sever the youth movement from the movement of the adults.” Liebknecht, in contrast, argued for autonomy:

there are two points that guarantee the success of the attempts to organize the youth: Independence of the youth and the protection of young people’s rights. Only the free youth organizations, which emerged from the youth themselves, have provided for these needs of the youth. These needs emerge from the modern position of youth in economic life. … Simply following the compulsion of circumstances, the young person strives for independence, for independent activity, now as never before. This drive of the young people cannot be suppressed by force.2Karl Liebknecht, “Arbeiterbewegung und Jugendorganisation” [Workers’ movement and youth organisation], Declarations of Independence, August 1, 1908, 10–13.

When the First World War broke out on August 4, 1914, the Socialist International collapsed. The member parties, with only a few exceptions, supported the war declared by their governments. Soon, millions of young people from across Europe were murdering each other in trenches. But despite the persecution of all opposition, not only by capitalist police but also by reformist bureaucrats, the resistance to the war grew.

On April 4, 1915, just eight months after the outbreak of the war, the IUYSO held a meeting in Bern, Switzerland, with delegates from nine countries. (This was five months before the first conference in Zimmerwald that brought together adult internationalist socialists.) The IUYSO began publishing the newspaper Youth International to argue for common resistance against the war. It features articles by Kollontai, Bukharin, Lenin and other internationalists. The secretary of the reconstituted international was Willi Münzenberg, a 25-year-old German worker living in Zurich.

The youth were on the front lines of the struggle against the “social patriotic” leaders, who were socialists in word but chauvinists in deed. The IUYSO organized international days of action against the war—the first one on October 3, 1915. On this day, young socialists handed out hundreds of thousands of leaflets and sold tens of thousands of copies of Youth International. In neutral countries like Switzerland and the United States, legal rallies took place. In countries at war, such as Germany, anti-war rallies were held out in the countryside, disguised as “Hindenburg celebrations.”

The youth international reported on and coordinated youth protests against the war. The organizers of the first days of action in Italy were sentenced to 22 years in prison. In 1918, the Swiss government—although technically neutral—also banned Youth International and deported Münzenberg, a German citizen who had refused military service. He was in prison until freed by the German revolution.

V.I. Lenin, in exile in Zurich, established close contacts with the youth leaders, especially Münzenberg, arguing in favor of “revolutionary defeatism.” He wrote,

The middle-aged and the aged often do not know how to approach the youth, for the youth must of necessity advance to socialism in a different way, by other paths, in other forms, in other circumstances than their fathers. Incidentally, that is why we must decidedly favour organisational independence of the Youth League, not only because the opportunists fear such independence, but because of the very nature of the case. 3V.I. Lenin, “Youth international,” December 1916.

The First World War ended with the working class taking power in Russia. The leaders of the new soviet state called on workers around the world to build new communist parties in order to complete the revolution. On March 2, 1919, a Communist International was founded in Moscow (article in Spanish). Its newly elected leadership published a call to the youth: “Young friends … join the ranks of the fighting columns of the Communist Youth International and storm the citadels of capital, capture freedom and happiness for mankind!”

But after their experiences in the war, in which they had to fight their party leaders just as much as the government, they insisted on autonomy for the youth organizations. The CYI was “organizationally linked” to the Comintern, basing “itself on the resolutions of the First Congress,” yet it still retained its independence.

For the first year and a half, the international headquarters of the CYI was in Berlin. The illegal office was in a basement in the Schöneberg neighborhood. CYI leaders like Münzenberg and Leo Flieg traveled through Europe. They had no passports, so they had to cross borders illegally, and were often arrested. Yet they valued their independence from the Comintern apparatus in Moscow.

In this time, the CYI experienced explosive growth. At its founding, it had 14 sections with 219,000 members—a year and a half later, it claimed 49 sections with 800,000 members (roughly two-thirds, of course, were part of the Komsomol in Russia).

But by the time of the second CYI congress in April 1921, the youth organizations were being brought under the control of the Comintern. The delegates for the CYI congress gathered in the German town of Jena, but they were informed by telegram that their meeting had been canceled. Instead, they were reconvened in Moscow in the summer, after the congress of the Communist International.

As the bureaucracy took power in the Soviet Union, it needed to attack the revolutionary inheritance of the Bolshevik Party, and particularly the youth. It launched a campaign against “Trotskyism.” Eight members of the party’s youth protested publicly against this campaign. In response, the secretary-general, Stalin, dissolved the Komsomol’s central committee. And in the best tradition of social democrats, bit by bit the Communist Youth League was reduced to “education and cultural training,” as Trotsky said.

After having destroyed the revolutionary youth organization, the Stalinist bureaucracy dissolved the Youth International along with the Communist International in 1943. This was a symbolic gesture of friendship to the “democratic” imperialist powers—Stalin was demonstrating that he had broken definitely and irreversibly from any revolutionary aspirations.

Today, 100 years later, we are seeing new forms of youth internationalism. The climate strikes, which have mobilized millions of young people around the world, might be the youngest protest movement in history.

A century ago, young people were fighting capitalist barbarism in the form of imperialist war. Today, capitalism offers an even bleaker future for the youth: not just millions of dead, but perhaps the complete collapse of human civilization.

Especially in Chile, we are seeing the emergence of a “youth without fear” who are taking on the regime inherited from the dictatorship. They will inspire not only young people around the world but also older generations. They will form the basis of new revolutionary organizations. As Alexandra Kollontai wrote in the first issue of Youth International in 1915,

The correct, the solid foundation for the new International can only be formed by the socialist youth. The youth, the bearers of the future; the youth, who are not dependent on the past, who expect everything from the future … the youth, whose hearts are not corrupted with petty-bourgeois feelings and whose thoughts cannot be led astray with the ideology of a past age. … The fresh, brave, revolutionary, self-sacrificing working-class youth, who push forward, always forward!

This was adapted from an article originally published as Wladek Flakin, “The ‘Berlin Years’ of the Communist Youth International,” Permanent Revolution (London), 2010, 34–41.