330,000 Children Sexually Abused in the French Catholic Church Since 1950

Once again, the rampant abuse of children in the Catholic Church has been revealed — this time in France. 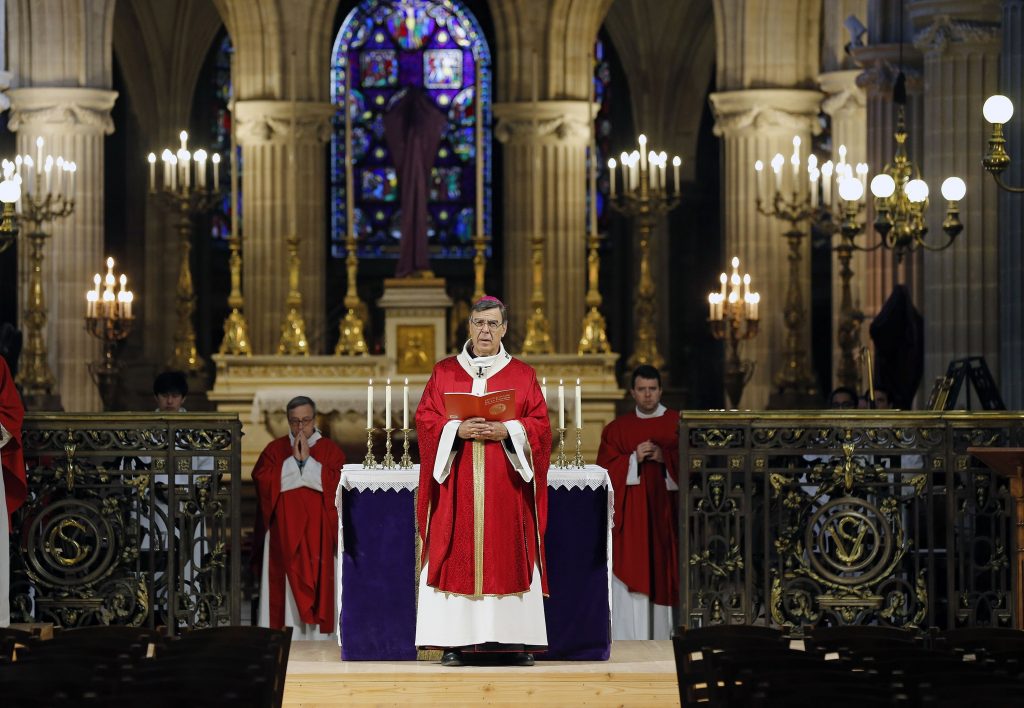 A new report reveals there are at least 216,000 cases of minors having been physically and sexually abused by priests and other religious workers in the French Catholic Church since 1950. Another 114,000 were abused by lay people working in church circles, catechism classes, and Catholic educational centers. This is the conclusion of a commission created to analyze the situation, according to Jean-Marc Sauvé, its president.

The report shows that after family and friends, French minors are most likely to be abused in church-related settings.

Sauvé noted that over nearly three years of work by his commission, launched in 2018 after a number of scandals emerged in the French Catholic Church, some 3,000 sexual abusers in the Church have been identified.

As if it were some sort of pedophilia contest, the commission noted that the incidence rate of religious abuse victims in France is between 2.5 and 2.8 percent, lower than in other countries where similar studies have been done, such as Germany (4.4%), the United States (4.8%), Australia (7%), and Ireland (7.5%). Further, 56 percent of the assaults and acts of pedophilia took place between 1950 and 1969, while the 1970s and 1980s saw a reduction and stabilization (to 22%).

A bleak picture of the Catholic Church emerges from the hundreds of interviews with victims and analysis of the ecclesiastical archives of France’s various dioceses of the country. “Much higher than expected” was how Éric de Moulins-Beaufort, president of the Bishops Conference of France, put it.

That very institution was spotlighted in the report, accused of having looked the other way, not having taken seriously the warning signs, and trying to cover up for pedophile clerics.

Confronted with this scandal, the Church looks to establish a mechanism for compensating victims to prevent it from escalating. François Devaux, president of La Parole Libérée (The Liberated Word), which uncovered pederasty scandals in the Church in Lyon in 2018, denounced Pope Francis for his “absence” and pointed out, “You must pay for all these crimes.” He accused the French Church of hiding behind a “fetid strategy” of victim compensation.

The 485-page report reveals what Sauvé called a “terrifying” panorama. He noted that these acts are not just a thing of the past: “Sexual violence in the Church,” he said, “has not been eradicated.”

The scandals in the Catholic Church just keep coming out, and more frequently as abuse victims open up to talk about their experiences. They include not only abuse and rape, but also torture and murder. They range from the revelations of pedophile priests in Chile and France to the horror of nuns attacking young girls in Catholic orphanages in Dublin or the macabre discovery at Canadian boarding schools of hundreds of bodies of murdered indigenous people.

The cover-up system developed by the Catholic Church has been denounced for years. It involves “softening up” victims who are offered money in exchange for their silence, the publication of internal reports to avoid independent investigations, and transferring pedophile and abusive priests to other regions or even other countries to avoid prosecution. As if this were not enough, there are numerous reports revealing that the same priests repeat their abusive acts once in their new locations.

First published in Spanish on October 5 in La Izquierda Diario.