Detroit-based coalition People Against Corporate Theft will hold a public speak-out on October 25 against the World Economic Forum’s plans to set up a “Global Center for Urban Transformation” in the city. Here, we republish their statement. 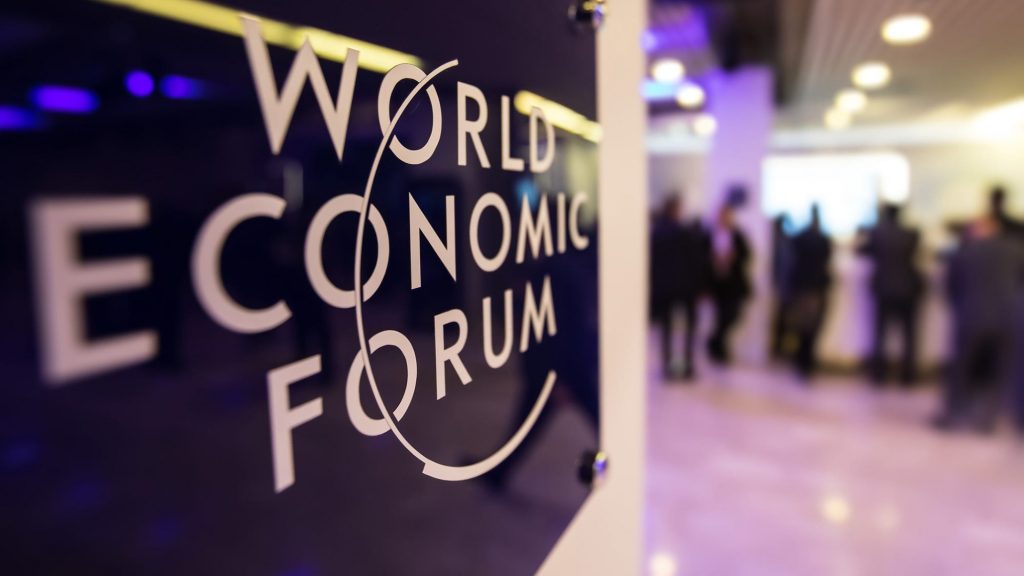 The following statement was written by People Against Corporate Theft (PACT), a Detroit-based coalition of progressive, socialist, and community organizations in response to the World Economic Forum’s (WEF) plans to set up a Global Centre for Urban Transformation in Detroit. The WEF creates and oversees neoliberal austerity policies that force the working class and oppressed to pay for the economic crisis created by capitalism. It seeks to use the Global Centre as a “model for more inclusive and sustainable urban development,” which is code for intense neoliberal policies that further privatize public assets and services to promote, among other things, speculative economic activity and development of the banks and corporations.

PACT plans to hold a public speak-out against the WEF’s presence in Detroit and the disastrous neoliberal policies they have championed across the globe on Monday, October 25. The coalition seeks to turn Detroit into a model for the working class and especially the oppressed, and expose the failures of a racist system that prioritises profit over people’s needs. The coalition also seeks to educate the majority Black working class of Detroit about the failure of capitalism and its institutions and organizations — including the Democrats and Republicans — to solve any of the economic and social crises they face, and why they need to fight against these neoliberal policies and for an alternative to capitalism.

The coalition asks for solidarity from revolutionary and progressive organizations across the nation and the world, and we invite organizations to sign onto our statement below, or release a statement on your own condemning the policies and practices of the WEF. Please email [email protected] to add your name to the statement, or share your own.

The World Economic Forum, an organization of the capitalist elite, with representatives of Bank of America, Citi, J.P. Morgan Chase, Goldman Sachs, HSBC, Barclays, and the European Central Bank among others, are meeting in Detroit. They are setting up a temporary base of operations in Dan Gilbert’s Compuware building for what they are calling the “Global Centre for Urban Transformation” with an official launch announced for October 25th while the permanent site is being built on Gratiot.

The WEF is an agency that upholds and facilitates multinational corporations’ control, exploitation and greed. They cloak insidious corporate thievery in words like “transformation,” “future city,” “public-private collaboration,” “economic growth,” and “revival” in campaigns to persuade the public to go along with their agendas.

Detroit was chosen because it exemplifies the most extreme contradictions in the current stage of capitalism. For the past eight years Mike Duggan, backed by Rick Snyder, and now by Gretchen Whitmer, has made it clear that the profiteering of corporations off of public space and resources is more important than the needs of Detroiters. The mayor has done everything in his power to ensure the exponential spread of gentrification that is pricing everyday people out of the city. Instead of redeveloping badly needed wastewater infrastructure, he is putting in bike lanes. Instead of creating a city wide publicly funded housing affordability plan, he is leaving poor and working-class people to the whims of the market amid skyrocketing rents and stagnant wages. Instead of returning the $600 million in overtaxation, he is pushing subsidies for billionaires to carve up the 7.2 square miles of downtown rather than address material needs of a majority Black city in which well over 30 percent of people live in poverty.

The capitalists who make up the World Economic Forum have turned Detroit into a model of “Urban Destruction.” They have transformed Detroit, once a great center for the working class and oppressed, the city where the Black Liberation and Working-Class struggles reached their zenith, into a center of poverty, evictions, water shutoffs, high infant mortality, and empty fields where working-class neighborhoods once stood.

These are the same financial institutions that coerced tens of thousands of Detroiters into predatory and fraudulent mortgage loans, resulting in 65,000 bank foreclosures from 2005-2010 and driving one quarter of Detroit’s people out of the city. Dan Gilbert and Quicken Loans wrote many of these fraudulent mortgages for the banks, and coupled them with fraudulent property assessments that artificially overinflated home values and led to thousands of property tax foreclosures. Detroit, the city that once led the US in Black home ownership, is now a renter city with 35,000 tenants evicted every year.

These financial institutions bankrupted the city government, the school system and the water department with predatory loans, and usurped elected officials with appointed emergency managers. The emergency managers appointed by the state implemented the massive privatization of city services, a virtual shutdown of the Detroit Health Department, massive water shutoffs to pay off the bondholders, and a school system that was declared by the courts as unfit to provide access to basic literacy. Mike Duggan and the city council have facilitated this robbery of the people while giving massive tax breaks and captures to Gilbert, Ilitch, Ford, and numerous other private interests, just as the banks were bailed out by the federal government after their scheme collapsed.

One of the primary strategies of the WEF is to work through the liberal non-profit industrial complex to co-opt community into their project of dispossession and quell independent political opposition. Nonprofits are by and large beholden to philanthropic entities that are funded by private capital. They show up in the community with conditional budgets to superficially address structural inequality that they are incapable of solving, In reality, they are assisting in the appropriation of resources and assets (our tax dollars and government allocation), to expand the wealth and political control of private interests that are antithetical to the needs of the public. This is one of the ways public-private partnerships function under neoliberalism.

All of this has been done to create an environment in which the wealthy reap the profits while Detroit taxpayers foot the bill. This fifty-year project of theft in Detroit is the model that the World Economic Forum is upholding and intends to emulate wherever there are profits to be made.

From a working class city of 1.8 million where workers could actually afford homes, Detroit has now been reduced to a city with 637,000 people. Once thriving neighborhoods now are centers of blight and empty fields, while the only development is downtown for the corporate elite. The people of Detroit say No to the World Economic Forum and the same bankers who pillaged this city. They are the ones who created the ongoing structural inequality in Detroit. They are not here to save us. The people of Detroit and the world deserve governance in the interest of the public, not the private entities that have exploited us.

Throughout this project of racialized neoliberal dispossession, Detroiters have never stopped fighting for their schools, the right to water, the right to housing, and the right to their own public resources. The undersigned are a growing list of organizations committed to opposing the wholesale theft of Detroit and cities around the world by the members of the World Economic Forum and to demanding respect for the economic human rights of all people.