A Tech Worker Explains Why the Industry Won’t Save Us, but Workers Can

Several major tech companies moved late last week to remove Donald Trump and some of his followers from their platforms. But we cannot trust capitalists to fight the Right — only workers can be depended on to protect the interests of the working class. 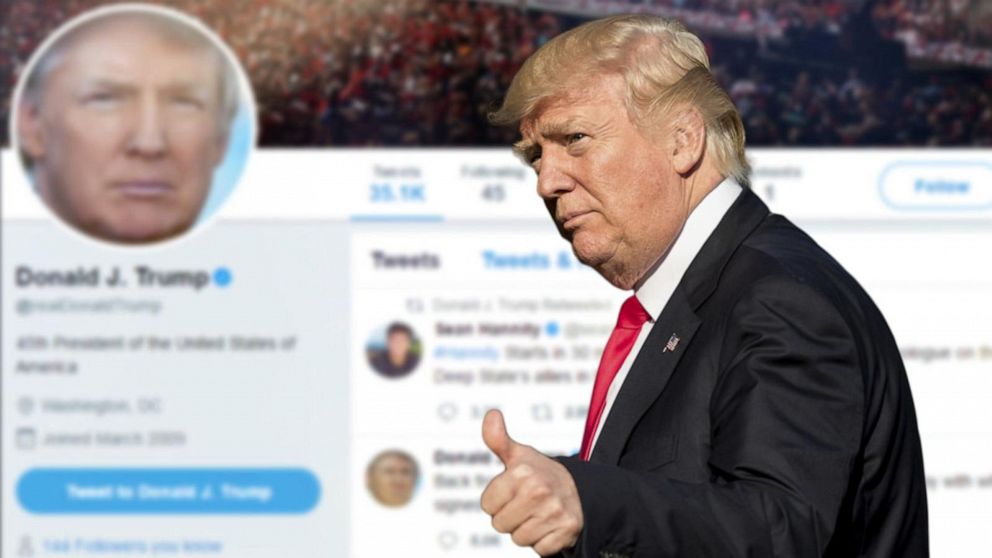 The CEOs of these companies would like us to believe that they are taking a principled stand on behalf of the public good — that deplatforming Trump is a reaction to his new and sudden promotion of violence, which violates their terms of service and their “neutral” rules about user-created content. But these are capitalist corporations, worried about their bottom line. We shouldn’t buy this sudden show of “concern” when they have frequently banned and deplatformed voices on the Left, while letting the Right post with impunity. The Far Right has been spreading hate online for years without consequences from tech companies — it’s too lucrative to keep them on their platforms. Research (sometimes coming from inside the house) has shown that their websites’ very designs have likely led to orders of magnitude more people being exposed to far-right propaganda.

That is not to say that tech companies are solely responsible for the growth of a fringe neo-fascist or extreme-Right movement. But they are responsible for profiting off the amplification of these messages. We are certainly not on the brink of fascism in the United States, but the conditions are there for its social base to become more emboldened as a result of years of capitalist attacks on living conditions. Fascism is the death rattle of a capitalist society as it is crushed under its own weight — our current capitalist crises, and decades of neoliberal responses to them, are only bringing us closer to these conditions. Small parts of the middle classes (representatives of whom we saw on the Capitol steps) are grasping for a sense of control and resorting to violence when the tools of Democracy are no longer sufficient. Right now both the masses and the political regime are rejecting this Far-Right movement; we’re seeing increased capitalist consensus around a Biden presidency. But growth of the Far Right during the Trump administration has been greatly aided by the communications platforms and recruiting tools they have found online.

These companies acted to deplatform Trump now — after four years in office and after years of racist vitriol — because they could no longer maintain the illusion that they are part of a liberal democracy, with the best interests of the people at heart. They aren’t. They are merely attempting to save the international image of the United States as a bastion of bourgeois democracy. Images of the Far Right taking the Capitol proliferating internationally, showing the U.S. empire in decline. These companies are acting now because Trump and the Far Right went too far.

These companies profit off holding our attention, and hosting the ravings of a Far-Right, faux-populist president and his followers is one way they held it. Capitalists waited for Trump to lose the election, and for Democrats to control both houses of Congress, before making a move that would anger a large portion of their user base and possibly hurt their profits. They knew that they could not be penalized by the Trump administration, and that failing to make these moves may have in fact exposed them to penalties from the incoming government.

It is also notable that the flood of bans came all at once. The deplatforming we have seen this week is part of increased capitalist unity for Biden and against Trump, and due to the massive unpopularity of the Capitol riot among the majority of social media users. If the consensus on Twitter had been in favor of the rioters, no one would have been banned. By making a sudden show of taking a stand against the Far Right, companies are buoying Biden’s image and strengthening his hold on power — he will have more legitimacy as a leader than before the storming of the Capitol. This doesn’t necessarily mean good things for the working class.

The last four years of inaction when it comes to the Right, and the silencing of dissent on the Left, has shown us that we cannot expect corporations to fight the rise of the Far Right — let alone fascism — on behalf of the working people that those political phenomena aim to crush. We know that capital will only ever act in its own interests, and that the management and shareholders of these companies will only make decisions to remove the tools their workers have built from the hands of fascist agitators and violent militias if it hurts their bottom line. One of these threats comes from the potential destabilization of the institutions they rely on.

A more powerful, democratic, and reliable force to combat the Far Right’s use of these tools would be a mass workers movement that organized the workers who build and maintain the tools in question. Many headlines this weekend covered the fact that Twitter finally moved to ban Trump’s personal account after 350 workers signed a petition urging management to reverse their previous decisions to not do so. Workers at Facebook agitated this week on internal company message boards for Trump’s removal from their site. AWS’s eviction of Parler comes after workers called for the ban on Twitter. The brand-new Alphabet Workers Union (AWU) published a statement Thursday that said, in part, “We know that social media has emboldened the fascist movement growing in the United States and we are particularly cognizant that YouTube, an Alphabet product, has played a key role in this growing threat, which has received an insufficient response by YouTube executives.”

The news of this worker activism sounds promising, but the working class needs to organize to do much more to fight the Right and the incoming attacks from the Biden administration. The fact that these workers have been speaking out about the use of these platforms for Far-Right organizing for years while nothing has changed expresses how much work we have to do. Much was written last summer about thousands of Facebook employees questioning management’s decision not to remove posts by Trump that incited violence. Nothing happened. The AWU itself stated that “Workers at Alphabet have previously organized against the company’s continued refusal to take meaningful action to remove hate, harassment, discrimination, and radicalization from YouTube and other Alphabet-operated platforms, to no avail.”

You might be interested in: Neither Big Tech nor the Government Will Stop the Right — The Workers’ Movement Needs to Step Up!

As a tech worker, I have first-hand experience with how workers in this industry are silenced when they speak up about their labor being used to host and spread Far-Right extremist propaganda, as well as with the convoluted and intentionally opaque processes these companies have set up internally to appear as though they are applying neutral principles to every user. These companies don’t even have their own workers’ best interests at heart. They outsource an enormous amount of labor to contractors, in order to pay them less than their labor is worth and weaken organizing attempts. They overwork those contractors and content moderators, who are tasked with watching traumatic videos for $15 an hour, and are left without mental health services. They compel their workers to build tools that support state violence. They fire organizers and whistleblowers, both white-collar and blue. They are not accountable to us. They are not accountable to you.

Clearly, the organizations that exist for these workers to exercise their power in the workplace are not sufficient to meet the challenges ahead. They aren’t strong enough yet, but they could be. If we organized in large numbers at these tech companies, we could democratically decide to withhold our labor in a strike, and therefore democratically decide who to deplatform and when. What would our tech and communications landscape look like if workers could make these decisions for themselves?

Deplatforming far-right militia groups, politicians, or conspiracy-theory-mongering channels alone will not stem the tide of Far-Right organizing. However, we cannot ignore the extra power they are handed when they are allowed to incite violence and share propaganda on mainstream social media sites, or process payments that fund their violence using the same company that your corner store uses at the cash register. Leaving these decisions up to undemocratic corporate management and shareholders will result in what we have already seen: years of delay while they extract as much profit as they can from their neo-fasicst users, and these users’ expulsion only when it is in the interests of capital. This is untenable, and time is running out. The ability to remove useful recruiting, organizing, fundraising, and communications tools from the hands of fascists will be crucial in the fight against fascism, and this power must lie in the hands of the workers who build these tools.