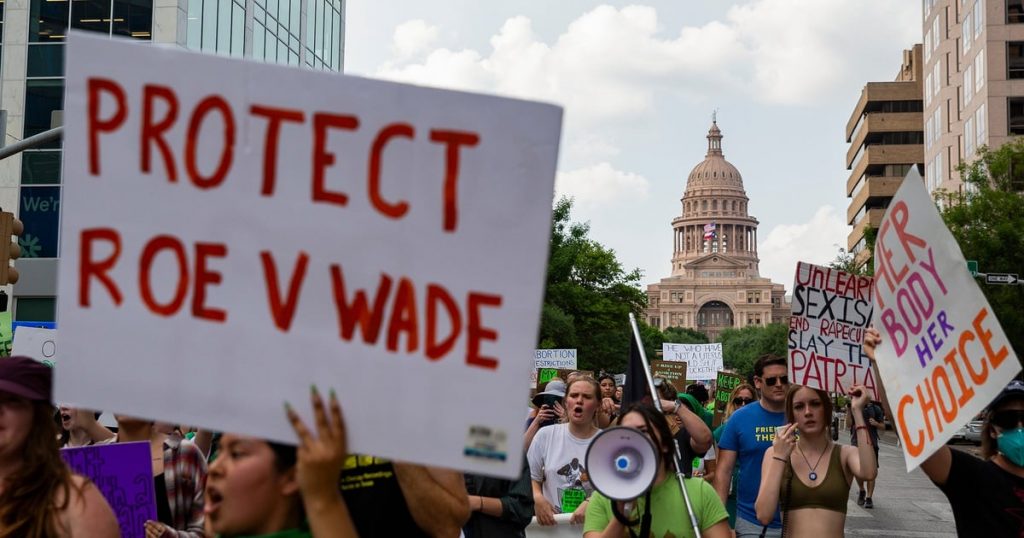 These midterms were supposed to be a red tsunami. But due in large part to the anger at overturning Roe v. Wade and support for reproductive rights, there was hardly a red ripple. The Republicans will likely take the House by a tiny margin, and the Democrats will retain — or maybe even expand — their majority in the Senate. The Democrats successfully positioned themselves as a vote for reproductive rights which, as these elections showed, are at top of mind for many people. Across the country, including in red states, ballot initiatives indicated support for abortion, and after inflation, abortion was indicated as the primary motivator at the polls.

These midterms highlighted a will to fight for abortion rights among millions of people. It also highlights how that will to fight is being opportunistically funneled into a party that hasn’t done anything to deserve the reproductive justice vote and still refuses to protect abortion rights.

Abortion and the Midterms

In California, Michigan, and Vermont, voters enshrined the right to abortion in their states’ constitutions. In Kentucky, a deep-red state, as well as Montana, voters rejected anti-abortion measures, reflecting the results in Kansas over the summer.

A historic number of people voted, especially among voters under 30, and turnout was significantly higher in battleground states. Young voters preferred Democrats by a 28-point margin, with stronger support among young people of color. In Pennsylvania, for example, young voters supported Senate candidate John Fetterman by 42 points.

Exit polls indicate that abortion was a close second to inflation in what drove people to the polls.

In key states like Michigan and Pennsylvania, abortion outpaced inflation as the number one issue that drove voters’ decision-making at the polls. In Michigan this meant a double-digit win for Gretchen Whitmer. In Pennsylvania, it meant that despite a disastrous debate performance, Fetterman flipped a Senate seat by a comfortable margin.

These results highlight yet again the undemocratic nature of the Supreme Court. They highlight that indeed, from red to purple to blue states people agree that abortion should be legal. Nine unelected leaders, in one fell swoop, took that right away.

This is even true of registered Republicans, such as a voter in Pennsylvania who said she would have voted Republican if it weren’t for the Dobbs decision, and ended up voting a straight Democratic ticket. As Tamarra Wieder, the state director for Kentucky Planned Parenthood Alliance Advocates, put it, “Abortion transcends party lines.” She mentioned that her team frequently met Republican voters who planned to cross party lines on the ballot measure.

Not just in these ballot measures, abortion played a role in races up and down the ballot. Younger voters also played a huge role, especially young women; one poll found that 24 percent of women cite abortion rights as a key issue. Many more women registered as new voters after the Dobbs decision.

This does not mean, however, that anti-abortion Republicans were rebuked across the country. That is far from the truth. Ultra-right-wing leaders like Ron DeSantis and JD Vance won by massive margins, highlighting that the Far Right continues to gain seats in the government.

Yes, It Was Abortion

In the days before the midterms, a sector of the Democratic Party, from Bernie Sanders to Barack Obama, could be heard demanding that the Democrats shift their message to “bread and butter” demands and “working class” issues. Jacobin magazine went as far as to say, “It is the economy you absolute moron” — claiming that campaigns about reproductive rights would be a losing strategy.

It is clear that the economy and inflation are central issues in these elections. There is no denying that. When you used to pay $2 for eggs and are now paying $7, there is no way that the economy isn’t at the forefront of people’s minds.

But the truth of the matter is that people — in fact, the working class — really do care about abortion rights. And this expressed itself in the five ballot measures around reproductive rights, and it expressed itself in the Republican losses throughout the midterms. Jacobin, Bernie Sanders and the like underestimated working-class voters: people know this is a historic attack, and they want to do something to change it.

Amazingly, Jacobin magazine’s round-up of lessons about the midterms barely mentions abortion, flying in the face of all exit polls and the analysis by nearly all political pundits. Since then, Jacobin has adjusted its political line to give more weight to abortion. But it is again worth highlighting that Jacobin’s insistence that that working class cares only about bread-and-butter issues led it to underestimate the role abortion would play in the elections and, more importantly, to call on socialists to focus on those bread-and-butter issues instead uniting the demands around reproductive rights and the economy.

Yet neither Republicans nor Democrats have a real response to the crisis; they both agree that the working class will pay for the crisis. It’s no wonder Fed chair Jerome Powell is an expression of bipartisan agreement — nominated by both Trump and Biden. It’s also clear that Republicans capitalized on the crisis to try to gain the vote of those who are concerned about the economy — and they did by overwhelming margins. That is precisely why both the abortion rights rhetoric and the “workers first” populism of Tim Ryan are cynical lies coming from the Democratic Party.

The role of socialists must be to lean into this very progressive sentiment among millions of working-class people: we need to do something about abortion rights. The role of socialists should be to highlight that struggles for reproductive rights and the struggle against inflation overlap, that neither party has a solution, and that we must organize to fight all attacks on working-class and oppressed people.

The Cynical Use of Our Rights

The Democrats attempted to center the primaries on abortion rights; they spent millions of dollars to position themselves as the defenders of reproductive rights and to highlight the extreme views of the Republican Party on abortion — and they do have extreme views. For example, the GOP candidate for governor in Pennsylvania, Doug Mastriano (who lost), opposes abortion without any exceptions. In a 2019 interview, when asked if people who have abortions should be charged with murder, he said yes.

It’s untrue that a vote for the Democrats is a vote for reproductive rights.

But there can be no doubt that millions of people saw the Democrats as the defenders of reproductive rights and voted accordingly.

The reality is that the nonprofit bureaucracies that have millions of dollars and millions of followers funneled the anger at the overturning of Roe into the Democratic Party. When the Women’s March called a national conference, it was primarily as a mechanism to get people to the polls. And on the weekend of October 8 and 9, the Women’s March called for a weekend of action — explicitly tying those actions to the polls.

We should not see the lack of political action over the summer as a political mistake by these large nonprofits. Instead, we should understand them as working in lockstep with the Democratic Party to funnel all the anger into that party.

And it worked for the Democrats. But it’s not a winning strategy for reproductive rights. Abortion is still banned across the country, and despite Biden’s victory lap, that doesn’t seem like it is about to change. The Democrats aren’t even talking about codifying Roe before the Republicans take the House in January. The reality for abortion is that in states where it is legal, the bipartisan Hyde amendment ensures that low-income people will have a hard time accessing abortion.

Over and over, election after election, people have voted to protect reproductive rights. This highlights just how much people believe this is a basic human rights. But it’s a losing strategy.

Take the Fight to the Streets

It is clear that most people in red and blue states believe that people should have access to abortion. It is clear that people want to do something about it — that’s why they waited in lines for hours to vote, with abortion being top of mind. But we can’t depend on Democrats to protect reproductive rights, and we can’t rely on ballot measures either. This piecemeal strategy is helpful for the Democratic Party elections, but not for making sure that everyone in the country has access to free, safe, and legal abortion.

We also need to highlight the connection between the struggle for reproductive rights and the struggle against inflation, against prisons, borders, and police. These are all reproductive rights issues, and we must organize against and fight them all. It is up to socialists to make those connections, and it’s up to socialists to highlight that both parties will take our votes but offer us nothing.

We need to look to the examples of Argentina, Mexico, Ireland, and Chile, where abortion rights were won in the streets. While the nonprofit leaderships like the Women’s March will drag their feet to organize a movement, socialists can and should play a leading role in the struggle to the streets, not sow illusions that voting for Democrats will protect our rights.