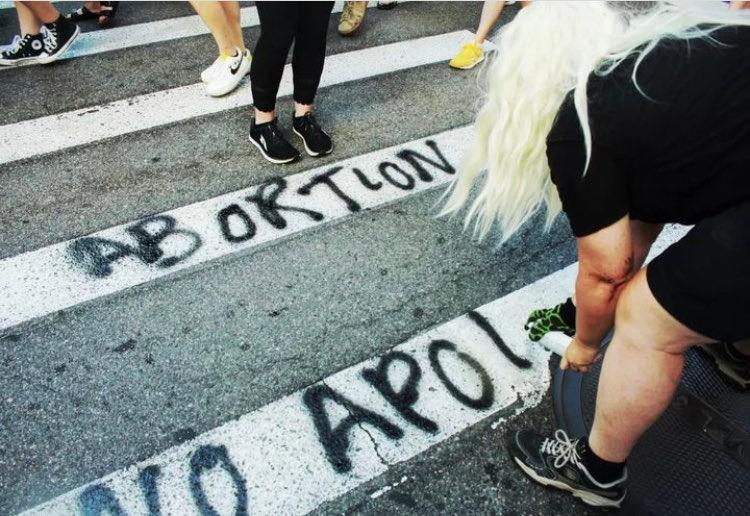 Michigan’s Proposal 3, the ballot initiative for the Right to Reproductive Freedom, passed by 54.5% to 45.5%, with 60% reporting, invalidating the state’s 1931 trigger-ban. This — combined with similar victories in Kentucky, Vermont, and California — shows, yet again, that the majority of voters support abortion rights, even in highly contested swing states and red states. It is a repudiation of right wing attacks on abortion as well as the Supreme Court’s undemocratic decision to overturn Roe v. Wade. According to an ABC News exit poll, abortion was the number one issue on the minds of Michigan voters by a long shot, surpassing even inflation.

Following on the heels of the overwhelming referendum in favor of abortion rights in Kansas, this is an important win for the reproductive rights movement, even if only at the state level. Proposal 3 campaigning efforts promised to restore Roe in Michigan, and voters responded with clear, overwhelming support.

However, simply restoring Roe is not good enough. Under Roe, Michigan’s clinics were severely overburdened and restricted in their ability to provide care. Right-wing laws, including parental consent requirements, mandatory waiting periods, and bans on accepting insurance for the majority of abortions, have restricted access and disproportionately affected the working class and oppressed.

Additionally, targeted restrictions on abortion providers, also known as TRAP laws, greatly reduce the amount of clinics and staff available to provide abortions in the state. Anti-abortion politicians push these TRAP laws under the guise of improving reproductive health, when they are meant to impose costly and medically unnecessary requirements so severe that clinics are forced to reduce services or close down entirely. In Michigan, clinics are forced to abide by structural standards comparable to surgical centers. Clinics must also be within 30 minutes of a hospital and have a transfer agreement with that hospital, even though abortion is known to be one of the most low-risk procedures available.

The victory in Michigan, like similar victories in other states, shows that there are millions of people who want to fight to defend reproductive health care. These wins are a rejection of the ultra-reactionary right wing agenda that seeks to limit our bodily autonomy. However, we should be clear that the right to free, safe abortions on demand in the United States will not be won simply by scaling up ballot proposals like Proposal 3 to other states. After Proposal 3, new laws will continue to restrict abortion rights, and new challenges from the right wing may emerge to continue to chip away at access. And as we have seen from the Democratic Party, they have demonstrated an inability to fight against these restrictive laws and regulations, with their responses ranging from occasional opposition to active support.

As the popularity of gubernatorial candidate Tudor Dixon shows, the far right’s agenda is anything but defeated in Michigan. Right-wing political ads against Proposal 3 focused on disturbingly false and transphobic claims that it would allow forced sterilization and gender reassignment for minors. The right wing sees its attacks on abortion rights and LGBTQ+ rights as connected. The movement for abortion rights must also see the struggle being connected to the struggle for gender-affirming care and LGBTQ+ rights.

In fact, Michigan’s right wing has proposed some horrifying laws restricting LGBTQ+ rights and will likely mobilize for more. In October, Republicans introduced HB 6454, which, if passed, would make life-saving, gender affirming care illegal for anyone under 18, treated as first-degree child abuse. This follows an attempt by the Michigan Senate in 2021 to exclude trans youth from school athletics based on sex assigned at birth. After that attempt was unsuccessful, Republicans switched strategies, attempting to slip the language into the budget for 2022-2023, which ultimately failed.

As socialists, we demand more. Proposal 3 does not guarantee true reproductive freedom. For that, we need abortions to be free for all who need them — on demand, with no waiting periods, no consent required from anyone except the person who needs an abortion — and guaranteed for all at the federal level, not decided in a patchwork fashion by individual states. The only way to win these rights is through a mass movement in the streets, in schools, and in workplaces, centered on a strategy for federal protections, and in coalition against right wing attacks on LGBTQ+ rights.

Proposal 3 restores Roe — but we need to fight for more than Roe. 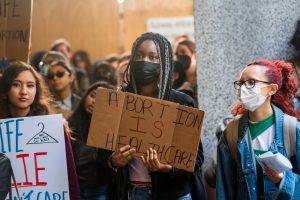