Abortion Rights Will Be Won in the Streets

Last night, a federal appeals court reinstated the Texas law that effectively bans abortion in the state. Enough with the hand-wringing and appealing to Democrats to save our rights. It’s time to take the streets. 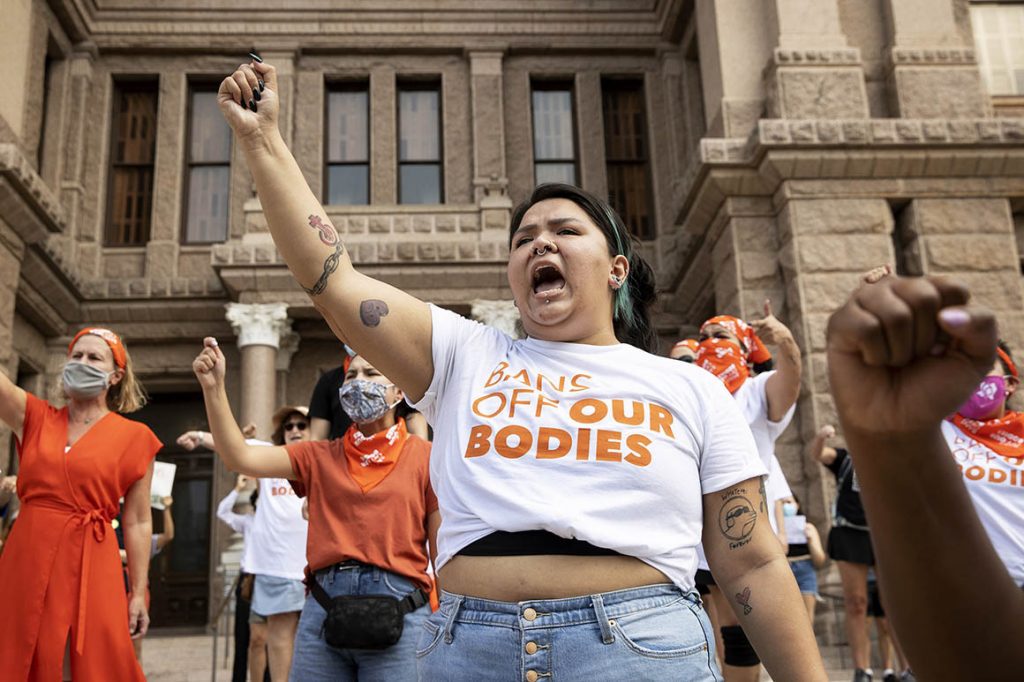 For one day, people in Texas got back their access to abortion. Late Wednesday, a federal judge had issued a temporary restraining order on the outrageous Texas law that brought all abortions in the state to a halt. What few clinics had remained in the state reopened, working quickly to provide a health service that ought to be free and available on demand, without restrictions. But then the expected happened: a federal appeals court shut them back down with a ruling last night.

“Patients are being thrown back into a state of chaos and fear,” said Nancy Northrup, president of the Center for Reproductive Rights.

There is a powerful lesson here, one that everyone who supports reproductive rights should already know: we cannot rely on the courts or the Democratic Party to secure these rights. The only way we’re going to win them and keep them is through our own action, self-organized and in the streets.

Not once since Roe v. Wade was decided in January 1973 has the Democratic Party, which claims to be the party of abortion rights, used its power to ensure the codification of those rights in federal law. When it controlled all three branches of the federal government during the early days of the Obama administration, not a single step was taken. In fact, until recently, President Biden was a vocal supporter of the Hyde Amendment, which prevents low-income people from accessing abortions.

Even when the House passed the Women’s Health Protection Act just a couple of weeks ago in response to the Supreme Court’s refusal to block the Texas law, it was “symbolic.” Far from establishing “a federally protected right to abortion access,” the law — which will not pass in the Senate — actually just establishes something for Democratic candidates to put in their campaign ads for the mid-term elections.

How, then, do we win abortion rights? It will take a massive mobilization of the U.S. population to make it untenable for the capitalist politicians to restrict Roe v. Wade further, and ultimately to win safe and free abortion on demand — as part of an overall fight for free public healthcare.

In the late 1960s and early 1970s, it was a mass movement, led by women, that forced the hand of the Supreme Court and secured the Roe v. Wade decision. That movement brought together civil rights activists, trade unionists, and others who saw that the fight for abortion rights is part of a larger fight against the many ways in which the capitalist state tries to control people and their bodies.

More recently, masses of people in Ireland and Argentina have shown the way forward. In Argentina late last year, a bill in the Senate passed that made abortion legal and free after decades of struggle in the streets. It was not because politicians saw the light on the issue; it was because they saw the determination of the great majority, which ultimately holds the power — so long as it is put to use.

The Democratic Party is the graveyard of social movements. The fact that in 2021 we are still fighting for abortion rights — and are even on the cusp of returning nationally to the pre-Roe v. Wade days — is a testament to the profound bankruptcy of relying on one of the twin parties of the ruling class to stand up for what ought to be an unequivocal human right. The courts offer no guarantees, even if this or that judge might issue this or that restraining order.

Abortion rights across this country will be won, once and for all, only when we make the rulers fear any other course. We have to take those rights for ourselves, and for that we have to take to the streets in massive numbers. It’s time to make this an issue that goes beyond the confines of health and reproduction, and make it an issue about who controls society: a tiny minority or the great mass of humanity.