Aggression Against Iran: The Problem Is Bigger Than Trump

#WWIII is no longer trending on Twitter. But all of the forces that brought the United States and Iran to the brink of open military conflict remain. They must be torn out at the root. 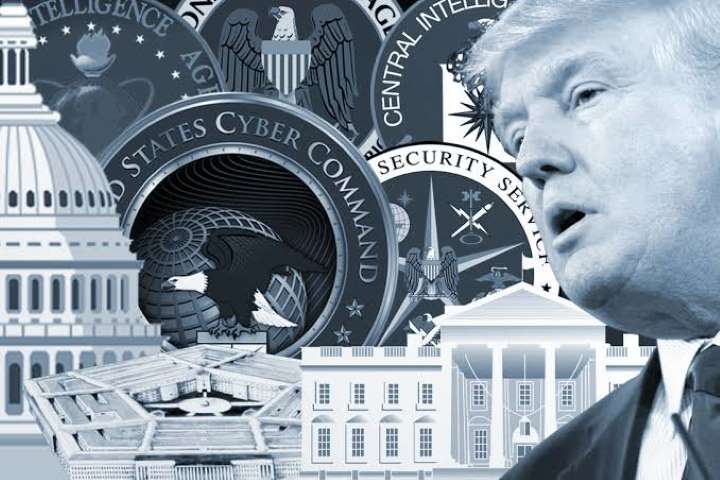 Though the hashtag #WWIII is no longer trending on Twitter and both the United States and Iran seem to be deescalating from open hot war, the relative calm is both tenuous and temporary. Direct military conflict has—for now—been avoided. But every set of interests that brought the US and Iran to the brink—whether politicians’ political interests or the interests of the capitalists they serve—remain fully intact. So long as these interests exist, they will continue to threaten the working class domestically and abroad.

In the midst of his impeachment proceedings, Trump dramatically escalated pre-existing tensions with Iran, potentially setting a hot war in the Middle East into motion. There is little doubt that Trump’s signing off on the assassination of General Qasem Soleimani was politically motivated—Trump has wasted no time in saying he is too “busy” with a potential war with Iran to be bothered with the inconvenience of the impeachment.

Of course, there is precedent for such a move. Former US President Bill Clinton launched air strikes on Baghdad in 1998 ahead of his own impeachment inquiry. Israeli Prime Minister Netanyahu has been accused of provoking regional conflict in order to distract from his corruption indictment. The playbook of the bourgeoisie is filled with examples of wars begun, in part, to force national unity and deflect attention away from internal crises.

Reports have indicated that both George W. Bush and Barack Obama had the option of carrying through the execution of General Soleimani. The fact that they chose not to has been used to indicate their tactical restraint, in contrast to the erratic bombast of Trump. Less discussed is the insanity that this is an option at all.

Although Trump is seen as an aberration by much of the mainstream liberal media, his actions last month are not so unusual. In fact, it was Obama who normalized and popularized drone strikes and relaxed the meaning of “imminent threat” to include just about any perceived threat. Even so, Trump has taken drone killings to a different level. Previous drone strikes had targeted militia leaders or subjects who were characterized as terrorists—this term being generously applied by the US government to any potential threat to “American interests.” Obama ordered more than 500 drone strikes in his two terms in office, killing more than 3,000 so-called combatants, and at least 300 civilians. Trump has ratcheted up Obama’s drone program with both more drone strikes ordered per year and more civilian casualties. What’s particularly new, however, is Trump’s ordering the summary execution of a top government official of a foreign country. To be sure, Trump’s particular brand of right-wing populist strongman is new and polarizing—as is his corresponding approach to Iran—however, there is a deeper continuity between his and past administrations. And it is the forces and interests that shape that continuity that need to be torn out at the root.

There has been some sentiment that Trump is somehow solely responsible for this—that things would have played out drastically differently had it not been for a Trump presidency. The hashtag #IvotedforHillaryClinton began trending on Twitter shortly after the strikes, reflecting this very illusion. Clinton, however, was very clear about her position on Iran. In 2008, she said bluntly: “I want the Iranians to know, if I am the president, we will attack Iran… And I want them to understand that…we would be able to totally obliterate them.” To think that Clinton would have behaved in her presidency as anything other than the most brutal and effective of war hawks is a delusion. But well beyond Hillary Clinton and Donald Trump, there is a deep consensus around regime change in Iran and differences are more tactical than strategic. Even stronger is the consensus around maintaining US hegemony globally and in the Middle East in the interest of capital, framed as “American interests.” It is this consensus that has paved the way for brutal sanctions, military campaigns in the Middle East, billions in support to Israel—and Trump’s latest politically-motivated assassination.

The bourgeois legal cover for the political move has also been long in the making and implicates all branches of the capitalist state. The apparatus used to justify the unilateral assassination of Soleimani was established in 2002 with the passing of the Authorization for Use of Military Force against Iraq (AUMF). Similar state mechanisms have been in place far longer, creating a state-created and state-sanctioned framework by which to justify covert operations conducted by the CIA. It should be noted that an earlier AUMF to be used against anyone “responsible for the attacks on September 11th” was near-unanimously approved by congress in 2001, including a “Yea” vote from Bernie Sanders and only one dissenting vote. Congress also just approved the 2020 National Defense Authorization Act (NDAA) with a $738 billion military budget, increasing the previous budget by $22 billion. The idea that this same US congress would now be able or inclined to safeguard against further US imperialist aggression is a wildly misguided illusion—one that the Democrats have been attempting to foster.

You may be interested in: There Is No Right Way to Launch an Imperialist Attack

Trump pulled the trigger and congress provided the gun—but it is US capital that identifies the target. And Iran has long been targeted by capitalist powers. Britain first wrested control of Iranian markets and resources in the 19th century. Iran’s attempts to reclaim control—as when democratically-elected Prime Minister Mossadegh attempted to nationalize Iran’s oil industry in 1951—have raised the ire of US and allied capital and prompted a response from the US that has become routine: a CIA-led coup that deposed Mossadegh and put a puppet ruler in his place. The Shah of Iran—a puppet ruler that secured American profits and hegemony—was then overthrown in the Iranian Revolution in 1979. US capital and its government has sought regime change ever since. Additionally, Iran’s more recent cozying up to competing powers, like Russia, has proved a threat to US influence in the Middle East.

The Middle East is a site of competition for both hegemony and incredibly lucrative resources, like oil. The geographic location of Iran and of the Middle East, in general, is of paramount importance for international trade. The “never ending wars” that play out there also provide enormous returns for defense contractors and weapons manufacturers.

Within this deeply entangled historical context, there are those that look to a potential Sanders presidency to ameliorate and even resolve the crisis. They ignore Sanders’ track record on US imperialism and look to the media treatment of Sanders as evidence of the mutual hostility between him and US capital. But Sanders has no intention of expropriating the capitalists and dismantling the state that serves their interests. His intention is actually to lead that very state. Should someone—like Sanders—who is slightly less favorable to certain sectors of US capital become president, he will face the same pressures as any previous president. The US military position on Iran will remain the same. What’s more, the oil executives, energy sector lobbyists, defense contractors, and their shareholders will certainly be able to withstand his presidency. At the end of four years, they will still be there, as will be the state that brutally pursues their interests.

The problem is much bigger than Trump, and Sanders isn’t going to solve it. Definitively crushing the interests and forces that continue to send the US working class to decimate the working class abroad means far more than replacing the president or calling for a vote in the house or senate. Capital profits off of war and requires imperialist oppression, and the US government is organically tied to the interests of the American bourgeoisie. So long as there are capitalists there will be wars fought to further their interests.

You may be interested in: It’s Time To Rebuild the Anti-War Movement