Ahmaud Arbery, a Black man, was murdered by white vigilantes while jogging in Late February. His death is part of a sustained campaign of terror and violence against Black people in the United States, carried on for centuries by agents of the settler capitalist state and their white civilian allies. 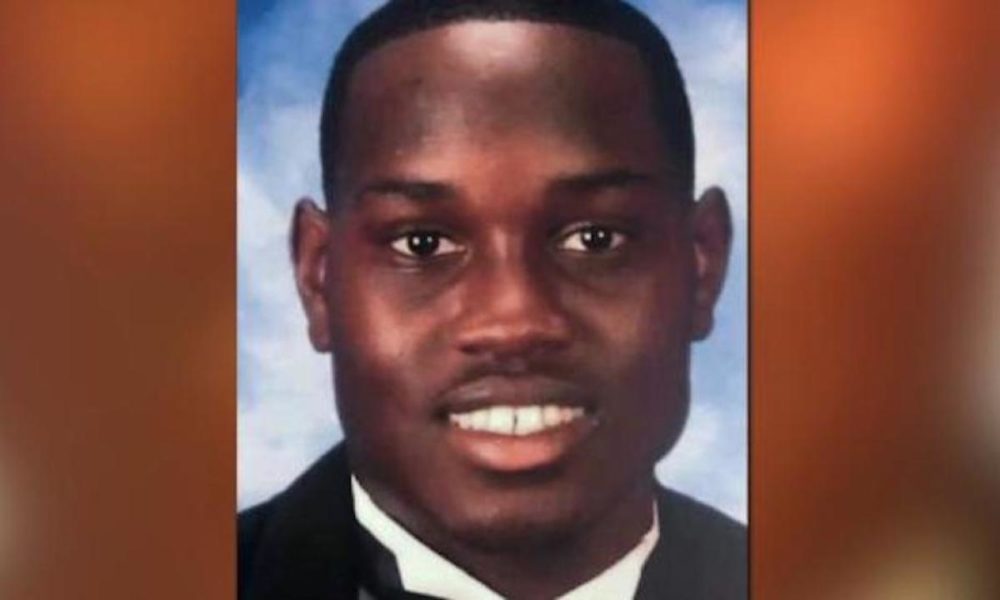 On a Sunday afternoon in late February, Ahmaud Arbery, a 25-year-old Black man, was jogging through a suburban neighborhood near his home in Georgia when he was gunned down by two white men, Travis and Gregory McMichaels. The men who murdered Arbery, alleging on thin evidence that he was a robbery suspect, were not charged until today, almost ten weeks after the killing.

The police who first investigated the case immediately dismissed any allegation of wrongdoing against the McMichaels, who are father and son. The initial police report is almost entirely based on the world of Gregory McMichals, a former police department employee. They took them at their word that Arbery had matched the description of a “burglary suspect” in the area and that they had “probable cause” to chase him and try to detain him under Georgia’s citizen’s arrest law. This is despite the fact that, even if this were true, alleged burglary is not grounds for execution without trial. Then, absurdly, they argue that the unarmed Arbery trying to avoid two armed strangers was a threat, and that the McMichaels, who were armed and chasing him, were forced to shoot him in self defense. At one point in the report, the McMichaels even try to make the case that Arbery shot himself, accidentally or, they imply, even on purpose.

That would probably have been where the case was left, if it were not for both sustained activist pressure and the brutal video of the killing that recently surfaced. The video clearly shows Arbery attempting to avoid the vehicle as he jogs, only to be stopped by Travis McMichaels brandishing a shotgun. Seconds after the McMichaels descend on Arbery, he is dead on the street. The video is unequivocal, and even racist law enforcement agencies have been forced to take note. The Georgia Bureau of Investigation has taken over the investigation from local police, and on May 8, ten weeks  months after the killing, the McMichaels were finally arrested and charged with murder. This is a lynching by a former cop, and odds are long that any form of justice can be achieved.

Through all this, COVID-19 has been stifling the community’s ability to protest. Arbery’s mother, Wanda Cooper said, “We can’t do anything because of this corona stuff. We thought about walking out where the shooting occurred, just doing a little march, but we can’t be out right now.” His old football coach, Jason Vaughn, agreed. “There are a lot of people absolutely ready to protest. But because of social distancing and being safe, we have to watch what’s going on with the coronavirus.” However, his family and friends, as well as their allies and activists, have been organizing online, using the hashtags #IRunWithMaud and #JusticeforAhmaud. They were also planning a socially distanced protest outside the District Attorney’s office, where they would enter the building one by one to ask why the McMichaels had not been arrested. Now that Georgia has prematurely eased its stay-at-home order, protesters gathered in the neighborhood where Arbery was murdered.

A Long History of White Terror

Ahmaud Arbery was a high school football star and an avid runner, who had friends and family who called him “Maud.” When white homeowners saw him jogging down the street, they flattened that individuality into “a black man running down our road,” starting a chain of events all too tragically common in this racist country. His life was individual, but his murder is part of a long chain of white vigilantism and terror directed for centuries against Black people in the United States and around the world.

The facts of the case are strikingly, and horrifyingly, similar to the 2012 murder of Trayvon Martin, which sparked the Black Lives Matter movement. Martin, an unarmed Black teenager, was stalked, threatened, and finally shot to death by a “neighborhood watch captain” as he walked around his neighborhood. His murderer, George Zimmerman, was found not guilty under Florida’s stand-your-ground law. Again and again, a Black person goes about the business of their daily life, a non-Black vigilante decides to kill them, and the vigilante is let off the hook by the racist justice system on the grounds that they were defending themselves. The message is clear- Black life is always a threat. A Black child selling water, a Black family barbecuing, a Black person trying to enter their own apartment, a Black teen at a pool party are all menaces for police officers and their white civilian collaborators to violently repress. As educator, poet, and sociologist Eve L. Ewing tweeted, “Ahmaud Arbery’s horrific murder reminds us how dangerous it is when average white people feel empowered to deputize themselves w/ powers of surveillance, judgment & punishment. THIS is why we get upset when folks call 911 on BBQs & lemonade stands. It’s always been life & death.”

Now, with COVID-19 spread across the United States and the world, there are even more excuses for white vigilantes to decide to murder Black people. Black people have been subject to stalking, harassment, and violence both for wearing masks and for not wearing masks, or for not social distancing “properly”.

Such violence has always been explicitly and implicitly condoned, sustained, and encouraged in the U.S., even when it is not actually agents of the state, such as police or soldiers, directing the terror. White violence against Black people is essentially legalized, and has been for centuries. Murderers like the McMichaels would not be able to act with the impunity they felt they had if they did not have a reasonable assumption that their actions would go unpunished. They were proved correct when the initial investigation into the slaying was twisted to blame Arbery for his own death. Arbery’s murder, and the innumerable racist hate crimes like it, are evidence of the racist foundations of the United States, and how the state nourishes racism in our society.

The video of Ahmaud Arbery’s death, which many credit with the possibility of bringing his killers to justice, does what photographic evidence of the murder of Black people has done over and over again in the centuries since the invention of the camera, at the height of lynching. The video is proof, rallying cry, and a gruesome threat all at once. As writer and historian Jill Lepore writes, “The posting on the Internet of footage from iPhones and dash cams and body cams, capturing the bodies of so many black men, bleeding, crying, dying, is meant as both evidence and a call to action. And it serves those ends, by exposing the truth. But the posting and reposting have a lot in common with the replication and circulation of photographs taken by spectators at lynchings in Jim Crow-era America. Black newspapers sometimes published those photographs, so that “the world may see and know what semi-barbarous America is doing,” as an African-American editor, in Kansas, put it. More often, though, far more often, those photographs were sold as postcards.” White Americans have been confronted with the evidence of horrors other white Americans have committed against Black people for centuries, and it has not been enough to stop the tide of violence.

Lepore correctly points out that “there is no technological fix for atrocity.” Photographs, cell phone videos, and body camera footage can too easily be ignored or coopted by the racist state, as we have seen time and time again. Hopefully, the video of Arbery’s death with lead to some approximation of justice for his family, through the true justice of having him alive is out of reach. However, only by dismantling the settler capitalist state and creating a society where people are valued over property, and the racist foundations and current reality of the United States are truly confronted and rooted out, will the scourge of white vigilante violence against Black people end.