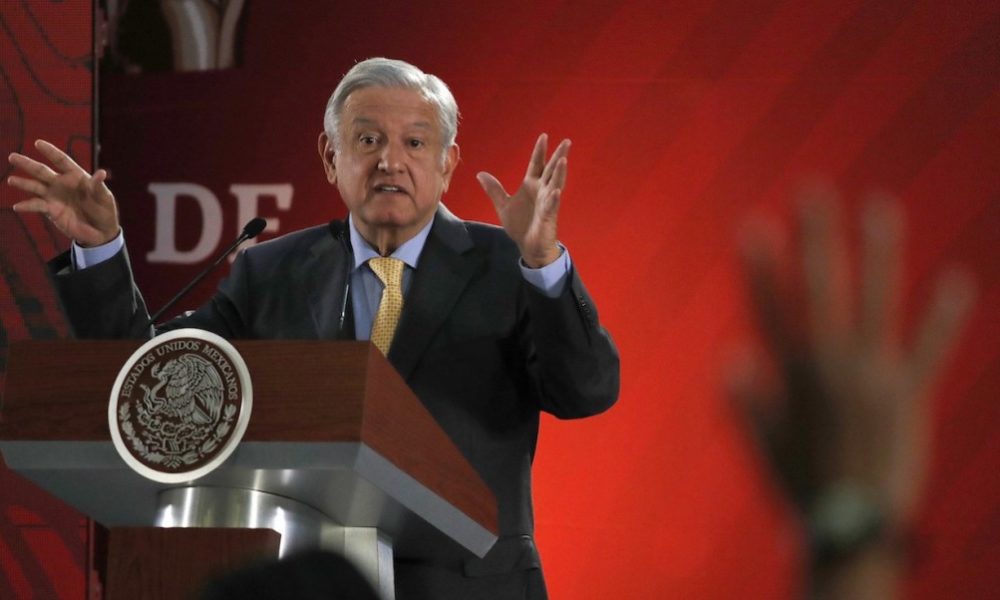 The first three months of Andrés Manuel López Obrador’s (AMLO) government in Mexico have been marked by two highly significant events: the workers’ struggle on the northern border and the resistance of the indigenous peoples and environmental activists against the plans of the government in the south. These events have revealed deep contradictions within Obrador’s leading coalition, pointing the way toward more militant and independent mobilizations of the larger Mexican working class.

On February 20, environmental activist Samir Flores was murdered in the city of Huexca in Morelos State. Flores had been organizing local resistance against a new thermoelectric plant and the referendum set to legitimize the project. In the face of popular repudiation and street mobilizations after Flores’ murder, AMLO not only insisted on the referendum and the company’s construction plans, but also accused those who oppose it of being “conservative.”

The struggle of the inhabitants of Huexca is parallel to the resistance of the indigenous communities against government’s flagship project: the Mayan Train. The ambitious project aims to improve tourism infrastructure in the south of the country and will require US$8 billion in investment. It will stretch across 1,500 kilometres of track through the states of Yucatan, Campeche, Tabasco, Chiapas and Quintana Roo.

Indigenous activists on the Yucatán peninsula have raised their voices against megaprojects in the region, including the Maya Train. The Zapatista Army of National Liberation (EZLN for its acronym in Spanish) has also expressed opposition to the construction of the train. They contend that the development of megaprojects on the peninsula would lead to massive deforestation and contamination of water and food. Further, the developments threaten traditional cultures, could cause significant health problems for indigenous populations and would likely affect productive activities such as beekeeping.

AMLO has been deaf to the demands of these sectors and therefore is facing mobilizations of the indigenous communities in resistance. As the environmental activist Pedro Uc says: “It is nothing new that they kill our bees, steamroll over our lands or violate our rights; what is new is that the will to defend what is left of our territory has been born. A movement is being born in the Yucatán peninsula”.In this context, another issue that is generating discontent is the new government’s national security policy. A few days ago, the House of Representatives approved—almost unanimously—the creation of a National Guard, a new armed body of the government built to guarantee the level of militarization that Washington has been demanding of Mexico for the last few decades. This further militarization of the state by AMLO’s party, Morena, was supported by almost every other national party including: the Institutional Revolutionary Party (PRI), the Democratic Revolution Party (PRD), the National Action Party (PAN), the Social Encounter, the Green Ecologist Party of Mexico (PVEM), the Citizen Movement Party, and the Labor Party (PT).

During the previous administrations of Presidents Felipe Calderón and Enrique Peña Nieto (from PAN and PRI respectively), thousands of people mobilized in the streets to demand an end to Mexico’s militarization. Now AMLO, who had run as a Left alternative to those traditional parties, has practically mocked this popular demand with the creation of the new National Guard. In addition to their clear support for militarism, members of Morena have openly come out against reproductive rights for women. Morena’s Congresswoman Lily Tellez said on International Women’s day that she strongly opposed the “green wave” (the movement in Argentina and elsewhere in Latin America aimed at legalizing abortion). These comments are not surprising considering that Morena established its government by forming an alliance with the Social Encounter Party, Mexico’s Right-Wing Christian party, to which AMLO ended up conceding 50 congressional seats.

It was clear since AMLO was first elected president, that he would have to maintain a balance between the expectations of the working people, who had voted for him in massive numbers and were hoping for change, and its own clearly limited program, which challenges neither imperialist interference nor capitalist interests. The maintenance of such a balance is making the new government incapable of meeting even the most basic demands of the Mexican working class.

The False Promise of the Fourth Transformation

When he assumed the presidency, AMLO promised to create changes on par with the three great transformations in Mexican society — Independence from Spain (1810-1821), the Reforms period (1858-1861), and the Mexican Revolution (1910-1917). Unfortunately, The Fourth Transformation is really little more than a limited package of reforms on the domestic level, and some limited gestures of sovereignty against the United States. For example, AMLO has correctly argued against the American intervention in Venezuela but he has consistently avoided any altercation with the White House and has even abided by Trump’s anti-immigration policies by trying to stop migration to the United States, something AMLO has openly admitted.

Beyond its Center-Left platform, claiming to govern for both “the rich and the poor,” AMLO’s project actually aims to administer and preserve capitalism and to safeguard the interests of the dominant class. That’s precisely why AMLO and government ministers speak against neoliberalism while continuing to meet with billionaires like Carlos Slim and Carlos Salinas Pliego, arguing that their goal is to turn Mexico into an investors’ paradise . In addition, the government has fired thousands of state workers, most of whom were already working in very bad conditions and on extremely low salaries. This illustrates that the Fourth Transformation is clearly not in the interest of the Mexican working class.

Workers to the Center of the Stage

Since the AMLO government took power, working-class struggle has continued to grow across Mexico and the world. While tens of thousands of workers were striking and mobilizing against their bosses in France, manufacturing workers in the maquiladoras (foreign-run manufacturing factories) across the northern and central states of Mexico staged a series of mass strikes, marking one of the biggest and most radicalized class struggle movements that the country has seen in years.

Although strikes have spread across Mexico’s northern border, the city where the movement has been strongest, most widespread and radical is Matamoros, in the state of Tamaulipas.

Subject to the harsh working conditions of the highly competitive export industry, the workers in Matamoros did not just challenge their low salaries, they also questioned the power of the tyrannical union bureaucracy that sought to contain their struggle. This shows that it has now become even more urgent for the workers to take back their unions and reorganize them as worker democracies, with removable delegates bound to the terms and objectives of the workers themselves. The working people of Mexico must transform their unions from institutions that are functional to the dominant class, into worker organizations that can stand for the interests of the workers while remaining independent of the state, the capitalists, and the parties that serve them.

The conflict of the workers in the Matamoros maquiladoras is not just an isolated fight, however. It has inspired and encouraged other workers to start fighting too. The teachers in Michoacán and Oaxaca, the university staff in the Metropolitan Autonomous University (which has been holding a strike for almost a month), in Chapingo, and in the Benito Juárez of Oaxaca Autonomous University, and also the workers at companies like Coca Cola, TPI, and others in the mining industry, are all rising up. The actions of the worker movement in different states are fed, among other things, by the aspirations and hopes for change that the AMLO government promised. As a striking Coca-Cola worker put it: “They’ve promised us a transformation, and that is what we are fighting for. The working class has its own methods, and one of them is to strike…There is no other path. It’s either with the bosses or with the working class.” Statements like this should be a wakeup call to the government, which instead of fighting for such change, has prioritized labor peace and class conciliation. AMLO has argued that these conflicts should be worked out through dialogue, so as not to negatively affect the companies involved.

A resurgence of class struggle has struck without any warning in the midst of AMLO’s Fourth Transformation. The youth, the teachers and the indigenous peoples have led all resistance in recent years. Today, Mexico’s industrial workers, a “hidden working class” that is now hiding no longer, are, with the women workers in their vanguard, the ones leading the fight.

These workers also have deep bonds with Mexican workers on the other side of the border, a fact that should give the racist and xenophobic President Trump something to worry about.