An Open Letter to Those Storming Area 51

“They Can’t Stop All of Us!” This is very true. This has been the organizing principle of the workers’ movement for hundreds of years. But why use it to “liberate the aliens” that some claim are housed at Area 51? Why not storm the concentration camps and free the migrants, who we know for sure are being held in camps across the country? 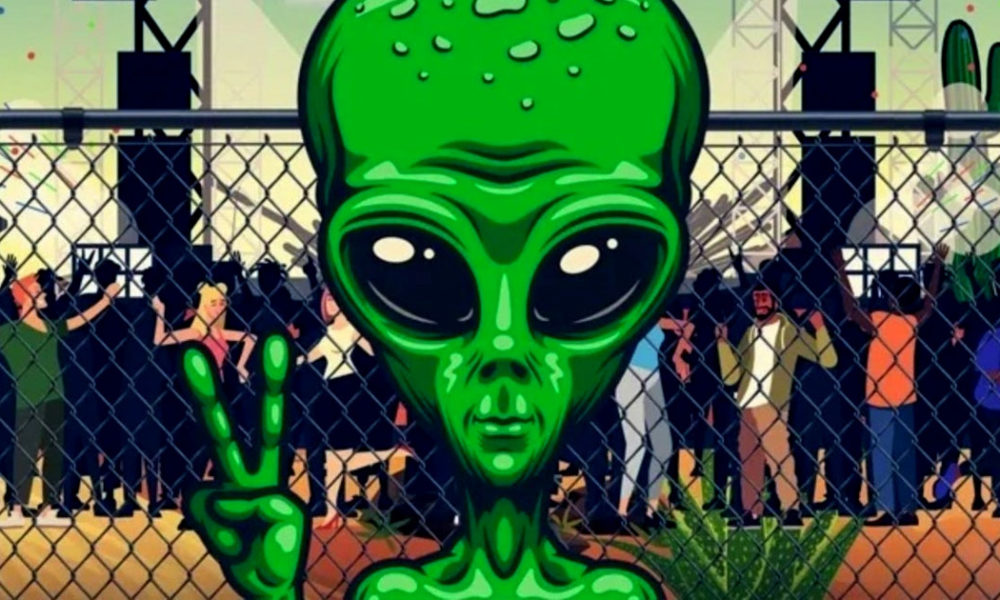 To everyone storming Area 51,

Or rather, to the 760,000 people who joined the Facebook group for storming Area 51, and to the many thousand more who belong to related Facebook pages, it’s hard to tell how many of you are taking this seriously—or what “taking it seriously” even means. I do know that as of July, the hotel closest to the Air Force base was completely booked, at least 60 people had paid for a spot in the hotel’s adjoining camping area, and two Dutch YouTubers have already been arrested for entering the site to get footage via a drone. However, I assume most of you are taking the group as a joke, as it was intended, and enjoying the memes. I certainly am.

For those of you who are actually going to Area 51 this weekend, I wish you luck. I hope none of you are harmed, and that you find the evidence of alien life you are looking for. However, I don’t think there are any aliens there (probably). That’s not why I am writing to you.

I am writing to tell you that your slogan is right: when we work together, not even the U.S. military can stop us all. And they know it.

A TMZ report stated that local police are monitoring the Facebook pages and will be taking action on September 20 to prevent any potential advances. Laura McAndrews, an Air Force spokeswoman, said that

“[Area 51] is an open training range for the US Air Force, and we would discourage anyone from trying to come into the area where we train American armed forces. The US Air Force always stands ready to protect America and its assets.”

While the police and the Air Force undoubtedly also know the page is a joke and that very few people are likely to even arrive, much less actually try to raid the base, they are still feeling the need to monitor the situation and take precautionary measures (including making public statements about the futility of such an endeavor).

One need only take a glance at history to see how forcefully the state comes down on people they see as a threat. Recent examples include how police maced and beat dozens of counter-protestors at Boston’s so-called “Straight Pride Parade,” or the continued repression against the Yellow Vest movement in France. They use force because it is necessary to use force to keep those of us on the bottom in line. They use force because they feel threatened. They feel threatened because effective numbers, preparation, and organization have enabled the working class to take power before, and it can happen again.

This weekend, I hope you enjoy many good laughs. But I also hope you consider how an Area 51 raid really could work if enough people decided to work together to make it happen. If we have that kind of capability, what else can we accomplish? What else can we change? We could liberate the aliens, if there are any, but we could also liberate the tens of thousands of people imprisoned in ICE facilities—about 54,000 as of July 2019, the highest ever. Unlike Area 51’s alleged aliens, we know there are people locked up, we know where the facilities are, and we know they are being egregiously mistreated at the hands of the U.S. government and the private prisons they hire to manage the sites.

Since the meme began, the “raid” has turned into a musical festival called “Alienstock” and relocated to downtown Las Vegas due to better (and safer) infrastructure. Since the event was always a joke to begin with, a musical festival seems like an unsurprising and pragmatic move, but it didn’t have to go this way. A team of serious organizers, working together over many months, could have posed a genuine threat to state oppression, even if it was misdirected at rescuing probably-fictional aliens. Don’t let the non-serious nature of this event fool you—they really can’t stop us all.

Please consider what you would like to do with that power. And then get organizing. However many aliens there are in Area 51, there are tens of thousands of immigrants (and some U.S. citizens) suffering in concentration camps run by the U.S. government. And they deserve to be free.