In the primary elections in Argentina on August 11, the right-wing government of President Mauricio Macri suffered a crushing defeat. Now the country is facing an acute economic crisis. The revolutionary socialist left is proposing three urgent measures. 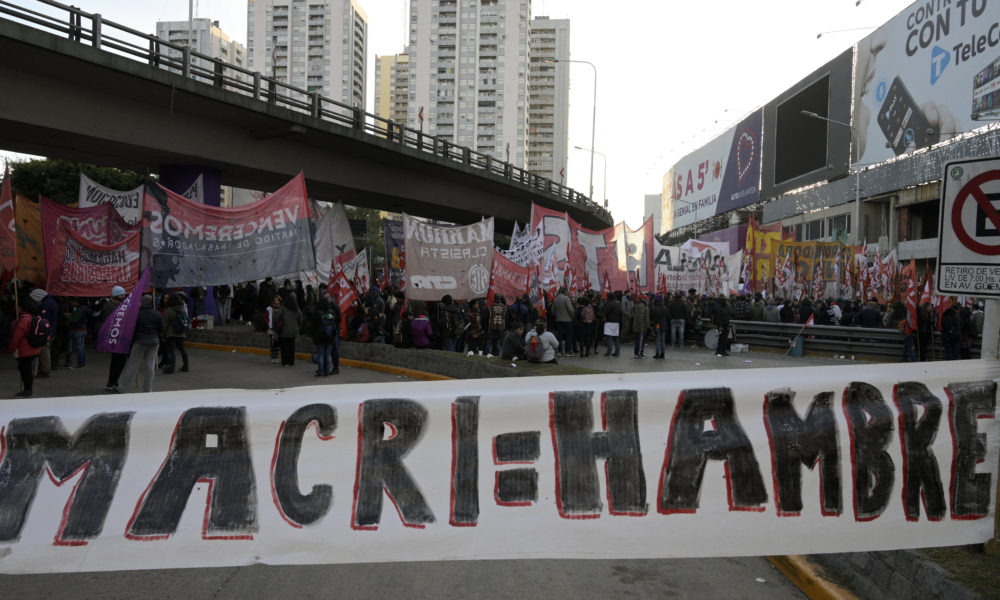 In the primary elections in Argentina on August 11, the right-wing government of President Mauricio Macri suffered a crushing defeat at the hands of a Peronist coalition headed by Alberto Fernández and former president Cristina Fernández de Kirchner. The day after the elections, the Argentine peso plummeted, thanks to a combination of distrust from big business and the Macri government’s calculated “hands-off” policy (refraining from intervening in the currency exchange). Macri took the opportunity to blame voters for both the devaluation of the Argentine peso and the fall of the stock market: “For the markets, the results of the elections were clearly bad news.”

Now the country is facing an acute economic crisis. Capital flight by bankers and big capitalists is rampant, and the collapse of the Argentine peso is poised to lead to more inflation and a significant fall in real wages. Immediately after the devaluation, the biggest retail stores announced that their prices were to increase from 10% to 15%.

The revolutionary socialist left organized in the Workers Left Front—Unity (FIT-Unidad), which got 700,000 votes in these elections, is proposing three urgent measures to prevent the crisis from once again being unloaded on the backs of the working class.

1. Return the Prices of Electricity, Water and Natural Gas to Their 2016 Levels

Over the four years that Macri was in government, the prices for electricity, water and natural gas rose 3,700%. In the first day after the primary elections, the Argentine peso lost about 25% of its value compared to the U.S. dollar, meaning prices will rise further. Working people cannot continue to pay for this crisis.

Prices for basic services have to return to their 2016 levels. We must end this robbery from the pockets of working people. This robbery benefits the big capitalists who are friends of Macri. Let them pay for the crisis!

With the new devaluation of the peso, the wages of the working class continue to sink. The big capitalists and the soybean exporters are making millions, but the purchasing power of working families sinks.

3. Occupy Each Company That Closes or Lays Off Workers

There is an urgent need to guarantee jobs. Companies have already begun to suspend workers because of the crisis. Layoffs will follow immediately if the crisis continues.

We cannot allow a single job to be lost. Workers have to occupy any company that closes or lays them off. The crisis cannot fall onto the shoulders of working people.

The left proposes these urgent measures to confront the crisis. The trade union federations need to call for mobilizations for these and other demands. We urgently need an active national strike of 36 hours and a plan of struggle to confront the catastrophe that threatens us. We cannot allow another minute to pass. Every minute is one more lost job.