As We Await the SCOTUS Decision on Abortion, Labor Notes Should Prepare to Pivot

Roe v. Wade will likely be officially overturned before this year’s Labor Notes conference, to be held later this month. To protect abortion rights, the U.S. labor movement should use the opportunity of our conference to take to the streets en masse. 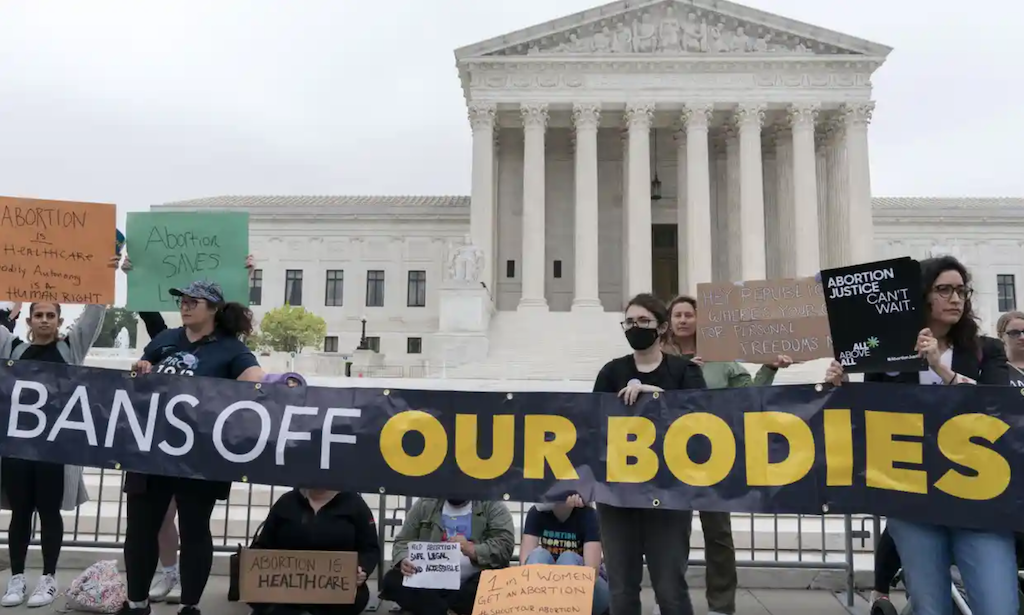 Just over a week from now, 4,000 of the most active, organized, and excited union members and labor activists in the United States and from around the world will congregate in Chicago for the 2022 Labor Notes conference. Based on the typical schedule of the Supreme Court, the finalized decision overturning Roe v. Wade will likely be issued either before or during the conference. These two events happening so close together presents the U.S. labor movement with a unique opportunity for collective action across sectors and workplaces.

Everyone ought to be able to obtain a free, safe, and legal abortion if and when they want one. No one should be forced to continue a pregnancy they do not want. This is a fundamental human right, and therefore something unions should fight for. Roe v. Wade was a landmark decision, fought for by generations of feminists, one that improved — and saved — the lives of millions. Overturning it will reinstate or trigger new bans in almost half of all states, forcing people to either travel elsewhere at considerable expense to access abortions or to carry pregnancies they do not want or cannot afford. Additionally, both abortion and pregnancy are medical issues, and pregnancy, childbirth, and childcare are all prohibitively expensive: unions have a vested interest in protecting their members’ safety and access to this vital procedure. It’s not only important for unions to fight to protect abortion rights, but it is also necessary: our greatest power to enact change comes from our position as organized workers.

If the SCOTUS decision is released during the Labor Notes conference, we should be prepared to abandon the scheduled programming and join protests organized in Chicago. Conference organizers should encourage participants to join the movement, and union leaders attending the conference should call on their own members to do so as well. Such an opportunity is rare: thousands of the most mobilized and passionate workers and union leaders, all in one place, who have all already set aside other responsibilities to participate in the conference.

If the decision is released before Labor Notes, which seems more likely, we should all adapt our conference plans in collaboration with activists and union members local to Chicago. The Labor Notes program includes many exciting discussions around the important labor issues of our time; we can have those discussions in the streets of Chicago instead, standing shoulder to shoulder for abortion rights. Labor Notes is known for hosting “troublemakers schools,” but there is no better school than class struggle itself.

If you are attending Labor Notes, discuss plans for responding to the SCOTUS decision with your colleagues and union leaders, and reach out to us at Left Voice!