Bloody Wednesday in Myanmar: At Least 38 Killed in Anti-Coup Protests

Mobilizations against the military coup in Myanmar continue to be strong despite increasing repression. Last Sunday, the armed forces killed 18 people. Today became the bloodiest day so far, with at least 38 demonstrators killed. 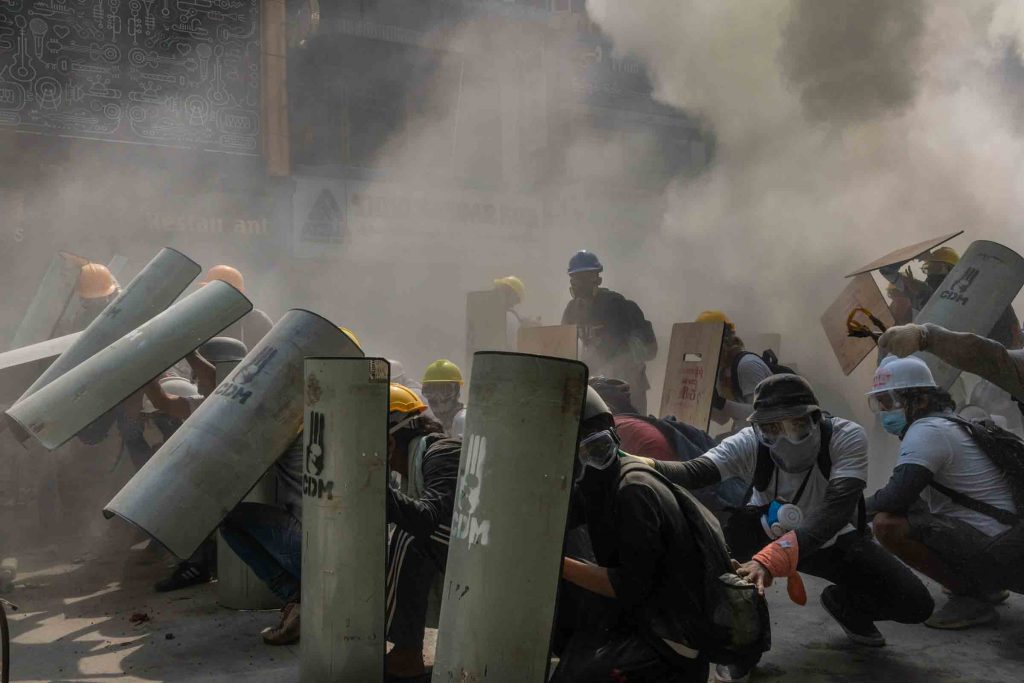 United Nations special envoy for Myanmar Christine Schraner Burgener said it in a press conference: March 3 is “the bloodiest day since the coup happened on the 1st of February … Today, 38 people died. We have now more than 50 people [who have] died since the coup started.”

On February 1, Min Aung Hlaing, the head of armed forces, carried out a military coup in Myanmar (formerly Burma). Rising and developing throughout February, a broad process has unfolded of demonstrations by millions of people in opposition to the coup — with the working class playing a leading role.

Recent weeks have seen the armed forces launch increasingly strong repression against this movement. Mya Thwate Thwate Khaing, only 20 years old, was the first victim of this repression on February 9. Then, on February 20, the repression led to three deaths. This past weekend, new steps were taken. The armed forces shot dead 18 demonstrators, according to the latest UN report on the protests.

You may be interested in: Coup in Myanmar: The Working Class Between Resistance and the Liberal “Democratic” Trap

After last Sunday’s bloody attacks, the military leadership announced that its repressive forces had been ordered not to use lead bullets against demonstrators. But attacks by the armed forces and riot police increased during this week, with today becoming the bloodiest day so far — and showing that the ban on lead shot was nothing other than a lie.

This recent escalation of violence reveals that the military junta is unable to handle the scale of the protests. Faced with repressive violence by the armed forces, the movement could well have turned back; however, as one protester told the French newspaper Le Figaro, “We were waiting for an international response, but now we cannot stop. The demonstrations will no longer be peaceful, because we have already lost too many innocent lives.”

Yesterday, in the streets of Kalay, protesters retaliated against police who were trying to push back the demonstration. According to reports, at least 13 people were injured, seven with gunshot wounds. Three have been hospitalized in critical condition, and two have died. The Bangkok Post newspaper reported that nine people died of gunshot wounds in different cities across the country on Wednesday.

According to the monitoring group Assistance Association for Political Prisoners (AAPP), more than 1,200 people have been detained since the coup, and some 900 remain behind bars or are facing charges. But the real figure is likely much higher: state media reported that more than 1,300 people were arrested on Sunday alone, according to the Bangkok Post.

Even under brutal repression, the resistance is rising to the occasion. Since the beginning of the coup, there have been systematic strikes and daily mobilizations increasingly prepared to fight the repressive forces. This can be seen in the images of barricades made with furniture and of vehicles being used to block traffic. It can be seen in the photos of demonstrators using helmets, shields, sticks, and Molotov cocktails — which have forced the armed forces to retreat from several fights.

You may be interested in: “Protesting in their Heels and Waving Rainbow Flags”: LGBT Activists in Myanmar Join Protests against Coup

In the face of this repression and the military coup, the people of Myanmar cannot count on Aung San Suu Kyi and her party, the National League for Democracy, which has increased the precariousness of Myanmar’s working class. She struck compromises with the military during her years of rule. Nor can they rely on the intervention of countries such as the United States, which is concerned only with preserving its imperialist interests in the region. The workers and youth of Myanmar can rely only on their own strength and the solidarity of the international working class and youth to defeat the coup.

First published in Spanish on March 3 in La Izquierda Diario.