BRAZIL: Thousands March For Legalization of Marijuana and Against Racist Drug Laws

100,000 took the streets in Sao Paulo and dozens of thousands in Rio at the annual “Marcha da Maconha” (Weed March). 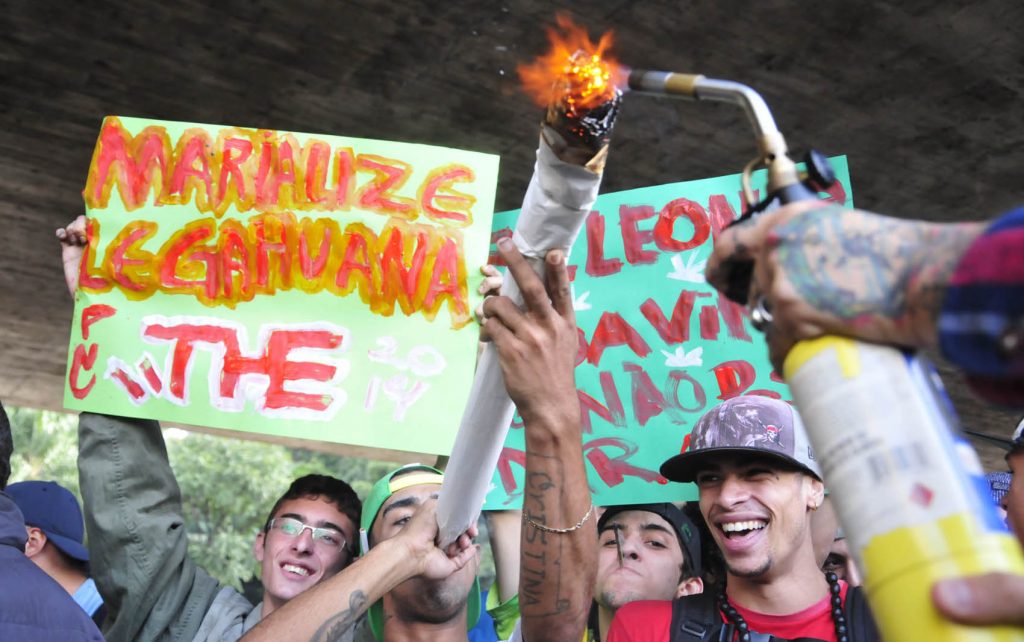 The 15th annual Rio de Janeiro Marijuana March took place on Saturday, May 6 with the participation of tens of thousands of protesters. In São Paulo, the sixth edition of the march drew over 100 thousand onto the streets. 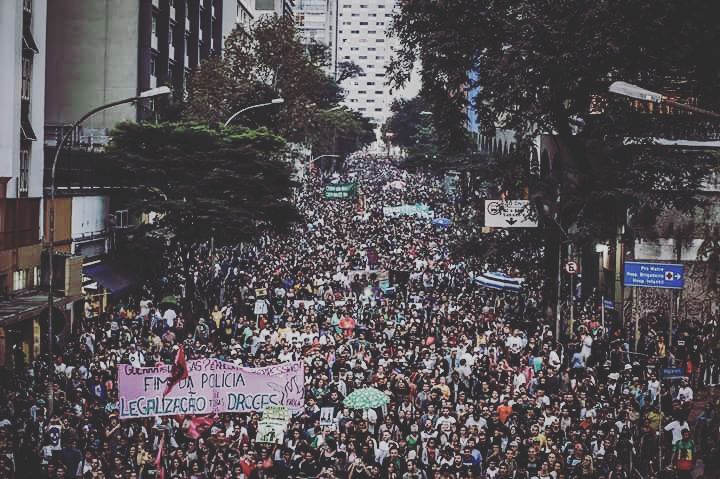 The weed march in Sao Paulo

The demonstrations in defense of marijuana and other psychoactive drugs also addressed the so-called “war on drugs”, mass incarceration of Black people and the racist police and judicial system. Speakers defended the medicinal, recreational and religious use of marijuana and condemned the structural racism that lies beneath the enforcement of drug laws in Brazil today.

Presently, drug laws in Brazil, which forbid certain psychoactive substances under the premise of upholding morals and public health, engender a vast corruption network that includes the police and all three branches of government. In addition to illegally benefiting politicians, drug laws serve to enrich the arms industry and intensify the genocide of black Brazilians under the guise of fighting organized crime. Politicians and their family members who have been caught with vast amounts of drugs are never prosecuted, while the war on drugs is an excuse for police operations in the favelas.

These policies result in police intervention in Brazil’s slums, namely the so-called “pacifying police units”, which, under the guise of the war on drugs, murder the black and poor people daily. In Rio de Janeiro’s slums, homes are often taken over by the police and turned into military bases.

Furthermore, the racist and reactionary judicial system plays a crucial role in the mass incarceration of black people, making it clear whom the target of the “war on drugs” is. Racial discrimination by Brazil’s courts is egregious and has been highlighted by last week’s fraudulent sentencing of Rafael Braga to eleven years in prison. Allegations brought against him were based on forged evidence of drug trafficking after police arrested him for carrying a bottle of cleaning material, Pine-sol. The police claimed the cleaning solution was a weapon amidst the historic protests of June 2013 that shook São Paulo and the rest of Brazil. He was also carrying .6 grams of weed. After his sentencing protests erupted around the country.

The struggle for drug legalization cannot be limited to a struggle for individual rights; it must also take into account the racism and corruption that are inherent to the enforcement of drug laws in Brazil. To effectively oppose the structural racism of the capitalist state we defend the nationalization of all drugs under the control of workers and users. We also struggle for the end of the police who defend the capitalist system and attack workers and people of color. 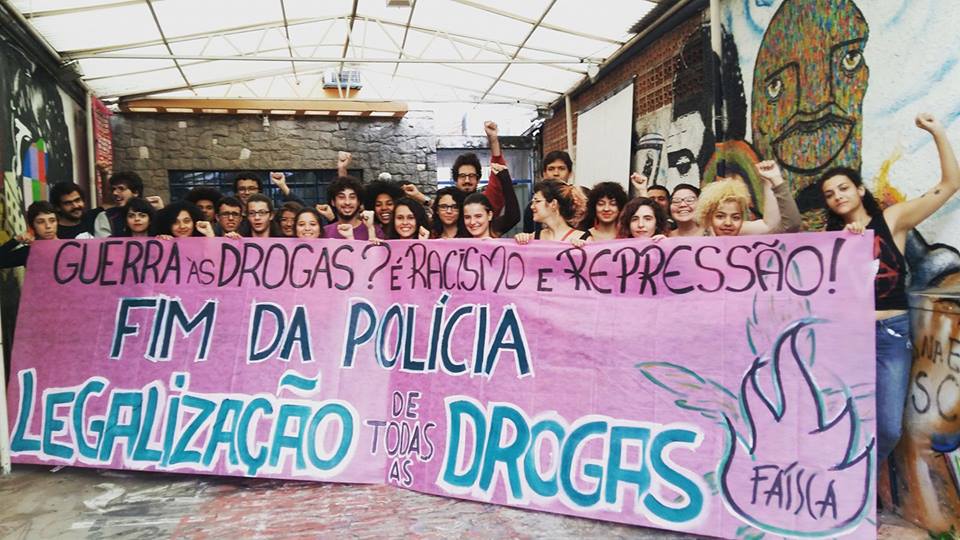 War on Drugs? Racism and Repression. For the Legalization of Drugs and an End to the Police