Chile: Justice for Daniela Carrasco and All Victims of State Violence

Daniela Carrasco, a 36 year old Chilean mime was found hanging in a park only a few hours after the police detained her. Now the Chilean protests are demanding an investigation of her death. The State is responsible! Trigger warning. 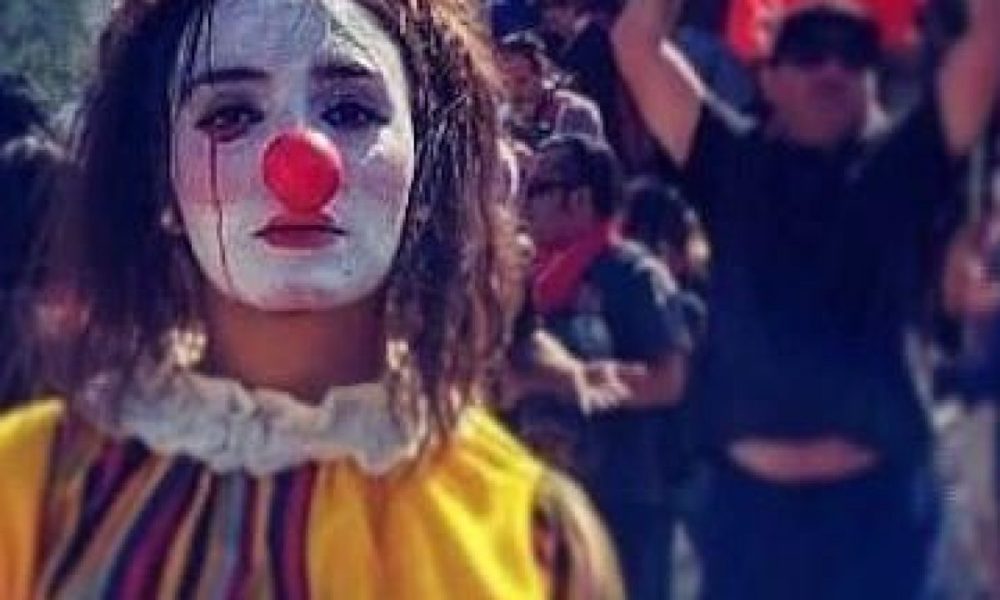 On October 19, the first day of the state of emergency declared by Chilean President Sebastián Piñera, a 36-year-old street performer was arrested at a protest and taken away by members of the Carabineros police force. The next day, her lifeless body was found hanging from a fence in a park with signs of rape and torture. Her name was Daniela Carrasco, known to those who knew her as La Mimo (the Mime).

Carrasco’s body was found by a man who circulated a video of the body in which he spoke of his suspicions that, since Carabineros were still in the vicinity, this was the work of the police.

The Public Prosecutor’s Office, which initially investigated the incident, ruled that it was suicide, based on the autopsy carried out by the Medical Legal Service. The latter found that the cause of death was asphyxiation by hanging and ruled out the participation of third parties. It also found that the body did not exhibit physical injuries attributable to sexual assault.

After this initial ruling, the Chilean NiUnaMenos (Not one [woman] less) organization insisted in a tweet on October 24 that Carrasco was assaulted, tortured and murdered. “We DEMAND an investigation into who murdered her. We want to be alive, free and live without fear!” A second tweet from NiUnaMenos that same day said: “We reiterate the need for the investigation and clarification of this femicide that occurred under the ‘state of emergency’ during the ‘curfew.’” The next day, the Gender Committee of the National Actors and Actresses’ Union of Chile (SIDARTE) tweeted, “We reject [this finding] and demand that the circumstances of Daniela Carrasco’s death be clarified. The state of Chile must respond and make transparent the participation of the police force in her death. We are appalled and we demand justice @NiUnaMenosChile.” 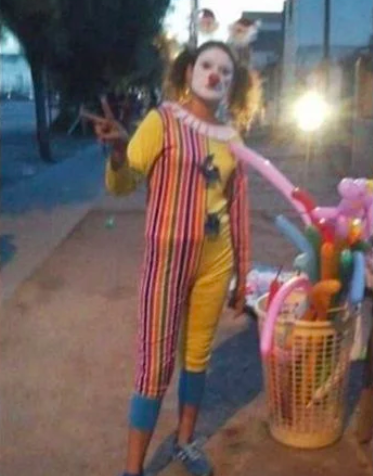 Daniela Carrasco before her murder.

But in the heat of the ongoing popular rebellion in Chile, with its huge demonstrations, general strikes and brutal police repression, the case of Daniela Carrasco was almost all but forgotten.

That is until November 20, exactly one month after her body was found, when an anonymous woman was spotted at a demonstration dressed in a clown suit similar to that worn by Daniela.

Soon, a picture of this woman began circulating on social media with the caption: “La Mimo—they all hurt me, but I can’t get her out of my mind. Daniela Carrasco, Chilean street performer. The last time she was seen alive she was arrested by the Carabineros. After that, she was found dead, hanged, hung from a fence in a park.”

The image quickly went viral and the demand of “Justice for Daniela Carrasco” was soon heard across the country.

According to various sources, over the last month there have been at least 23 deaths, 2,300 people injured, over 1,400 of which were injured by firearms, over 220 people have lost either one or both eyes, as well as 1,100 complaints of torture and cruel, inhuman or degrading treatment and over 70 complaints of a sexual violence committed by public officials, including rape, sexual abuse, forced nudity and sexual threats. As Erika Guevara-Rosas of  Amnesty International recently stated, “The intention of the Chilean security forces is clear: To injure demonstrators in order to discourage protest, even to the extent of using torture and sexual violence against protesters.” The Institute of Human Rights reported that over the last month, there were over four times more sexual assault grievance against police than over the last nine years.

The use of sexual violence by security forces is nothing new. The horrible abuses that occurred under the various right-wing dictatorships of Latin America during the 1960s, ’70s and ’80s are well documented. But there is also a long history of the use of sexual-political violence under parliamentary democracy in both Chile and across Latin America whenever the class struggle has heated up, as it has in Chile today. Just one example which Left Voice has previously reported on is the sexual violence and abuse that many protesting high school students have suffered in recent years at the hands of the Chilean security forces.

As women take the front lines of the mass uprisings around the world, sexual assault by police and the military is likely to be more common: It is a tool to frighten and humiliate women, pushing them out of the streets. That is why the struggle against the police, as well as against sexual violence and violence against women, must play an important role in the movement.

A poem by Edgardo Zouza that pays homage to Carrasco first appeared at La Izquierda Diario Chile on November 15. It appears below in both Spanish and English.

No olvidamos tu nombre / We did not forget your name

¿Cómo creer lo que dicen / How can we believe what they say,

sin tu color. / without your color.

nacían de tus pulmones / were born from your lungs

ni perdonamos. / nor do we forgive.

Quisieron usar tu cuerpo / They wanted to use your body

argument / as an argument

Pero transformamos / But we transformed

Entre cenizas / Among the ashes

y seguimos and we continue

y volvemos a fecundar / and we return to feeding

las calles y las veredas / the streets and the sidewalks

como aquellas que nacian / like those that were born

de tus pulmones / from your lungs