As millions of people face unemployment, possible eviction, and other economic hardship as a result of the pandemic and economic crisis, Congress passed another bloated defense bill despite facing opposition from Donald Trump. If there’s one thing the Democrats and Republicans can agree on, it’s that there is endless funding for the U.S. imperialist war machine, and nothing for the working class. 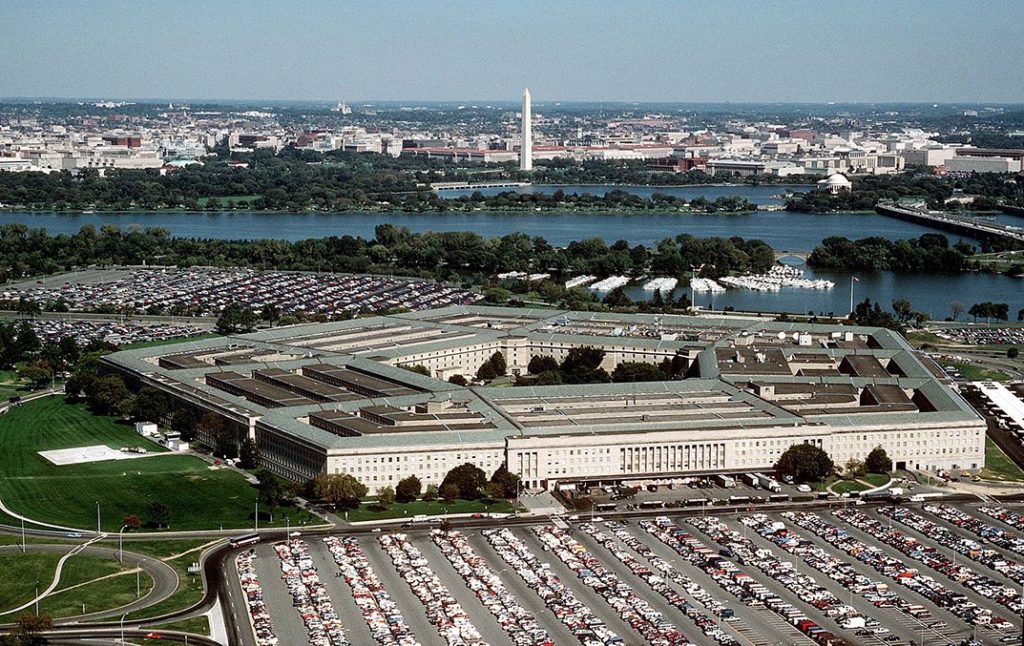 A veto-proof majority in Congress has passed a $740 billion defense policy bill to fund the Pentagon and the bloated U.S. military. In the House, the vote was 335 to 78 in favor of the National Defense Authorization Act (NDAA), with strong support from both Democrats and Republicans. After a one day hold up orchestrated by Rand Paul, it passed the Senate 84-13.

While Congress was able to reach a consensus on how many billions of dollars to allocate to U.S. imperialist projects abroad, it has refused to pass a second aid package for working class people suffering as a result of the pandemic as cases rise and unemployment benefits are set to expire. As always, the federal government uses our taxes to feed the U.S. imperialist machine, while claiming there isn’t enough money for working class people facing unemployment, possible eviction, and other hardship.

In fact, Congress provided more funds for certain departments than were originally requested by the Pentagon. The plan also shows bipartisan support for an escalation of tensions with China with the passage of the 2.2 billion dollar “Pacific Deterrence Initiative,” which will increase U.S. presence in the Indo-Pacific region.

Other highlights from the 1,400 page budget include:

The defense budget has been consistently passed without much opposition for 59 years. This year, however, as Trump prepares to leave office and hand the reins over to Joe Biden, the budget vote was more contentious. But organized opposition isn’t coming from the left — it’s coming from the Republican Party and Donald Trump.

Trump tweeted that he would veto the bill, saying that it “Must include a termination of Section 230 (for National Security purposes), preserve our National Monuments, & allow for 5G & troupe [sic] reductions in foreign lands!” Later he reposted his Tweet to correct the spelling of “troop.” Trump has sought a reduction of U.S. troops in Afghanistan, as well as in Germany, despite bipartisan and military disapproval.

The NDAA includes three provisions that have drawn the ire of Donald Trump and the GOP. First, it requires Confederate bases and military installations to be renamed within three years. Throughout his presidency, and particularly during the BLM movement, Trump has been an ardent defender of the U.S.’s legacy of slavery and racism, calling for the protection of monuments to Confederate leaders and colonizers.

Finally, the bill includes an Afghanistan provision that requires approval from the Pentagon before U.S. troops can drop below certain levels. This would thwart Trump’s most recent plans to withdraw thousands of troops from the country, a last ditch effort to fulfill one of his many campaign promises before he leaves office in January.

Despite Trump’s reservations, Mitch McConnell pushed Republicans to vote for the bill. About the budget, McConnell said, “It does not contain every policy that either side would like to pass, but a huge number of crucial policies are included and a lot of bad ideas were kept out. So I would encourage all our colleagues to vote to advance this must-pass bill.”

Likewise, Democrats celebrated the passage of the bill amid a gridlocked Congress. “Today the House sent a strong, bipartisan message to the American people: Our service members and our national security are more important than politics,” Democratic Representative Adam Smith, chairman of the House Armed Services Committee, said in a statement.

Now that the budget has passed the Senate, it will head to Trump’s desk for approval. If Trump vetoes the bill, it is likely to spark a significant confrontation between Trump and the majority of the Republican Party which voted in favor of it. Some aides close to Trump have reported that the veto is a real possibility, despite overwhelming Republican support for the bill.

But Donald Trump isn’t the only Republican with criticisms of the bill.

Rand Paul delayed the vote though December 10, focusing on the issue of troop withdrawal. He said on Friday, “Our main point in filibustering the defense authorization bill was to point out that the president should have the prerogative to end a war, not just to start wars.”

Though most Democrats pushed for the bill’s passage, there were a few notable exceptions. For example, the entire “Squad” — made up of AOC, Ilhan Omar, Rashida Tlaib, and Ayanna Pressley — voted “no” in the House of Representatives, and Bernie Sanders voted no in the Senate.

In advance of the budget decision, Ilhan Omar issued a statement, saying:

It is unconscionable to pass a Pentagon budget that continues to fund unnecessary projects and endless wars during a time of widespread suffering across our country… We should be investing our resources here at home—not increasing our already exorbitant Pentagon budget…. Congress should focus on responding to the urgent needs of the American people such as prioritizing healthcare, housing assistance, and food access—not passing a $740.5 billion bill to appease defense contractors and special interests.

Omar is right in one respect: this budget is unconscionable. But it is also unconscionable that the most prominent opposition to the bill isn’t coming from the left — it’s coming from the right. It’s not enough to put out a statement against the absurd military budget. We have to organize against it. And that organization means organizing outside of and against the Democratic Party which voted nearly unanimously in favor of this bloated military budget. In fact, in the House of Representatives — which includes the Squad — more Republicans voted “no” on the budget than did Democrats (40 Republicans to 37 Democrats). Trying to oppose any defense bill within the Democratic Party is not only a losing battle, but one that gives legitimacy to a pillar of the war machine.

Got Money for Wars But Won’t Feed the Poor

As Congress comes to a bipartisan consensus to pass NDAA, food banks are running out of provisions. These modern-day bread lines stretch for miles and miles. One in six people are struggling with food insecurity. One in six people are behind on rent. Nurses still don’t have PPE. Further, 12 mil­lion peo­ple are poised to lose their unem­ploy­ment ben­e­fits at the end of this year, which could exacerbate an already bleak economic situation. Fed­er­al pro­tec­tions against evic­tions, which were grossly insufficient are also set to end.

Tupac got it right. They got money for wars, but won’t feed the poor. And this is the bipartisan consensus — Democrats and Republicans have agreed and worked together to increase the military budget for the greater part of a century. In the midst of a pandemic, there is money to continue bombings in countries like Somalia and Yemen, but none to aid the working class.

And as this budget demonstrates, there is a lot of money for the war machine. The United States spends more money on defense than the next 10 countries combined. The Nation­al Pri­or­i­ties Project point­ed out that the mil­i­tary bud­get in 2019 was 53% of the fed­er­al dis­cre­tionary bud­get. But this isn’t the full story. It doesn’t account for ​vet­er­ans’ affairs, home­land secu­ri­ty, or law enforce­ment and incar­cer­a­tion. If all of the government’s defense spending was included, this num­ber would jump to 64.5% of the fed­er­al dis­cre­tionary bud­get.

This isn’t a coincidence, or a problem of misplaced priorities. It’s central to the U.S. capitalist project, The U.S. spends all this money on the defense budget because it is in the interests of U.S. corporations to have a strong military that can drop bombs on the working class abroad and to impose sanctions on countries it perceives as a threat to its dominion. Think of the 800 military bases around the world that interfere in local politics to make sure multi-nationals keep profiting as much as possible.

As socialists, we must oppose this disgusting $740 billion bill, which is really a slap in the face to a working class already beaten down by years of economic turmoil, a new economic crisis, and the pandemic. But that’s not enough. We should oppose all military funding — and fight tooth and nail to end the U.S. imperialist machine that ensures misery and terror for the working class abroad.