Cops Keep Killing During the Uprising

Even during the uprising, the cops carry on their business as usual: regardless of the protests, they continue beating, killing, and terrorizing. 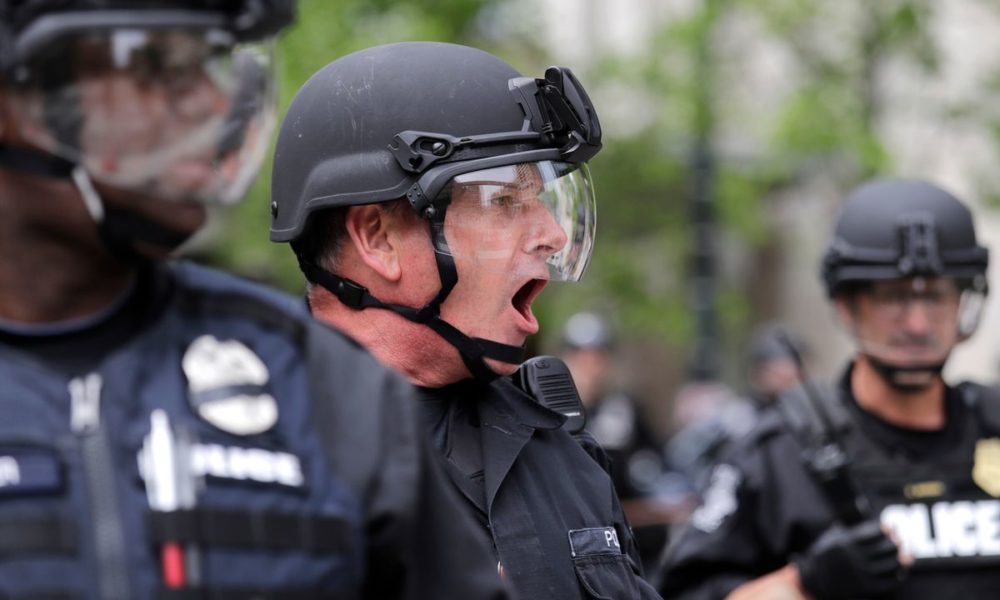 In the midst of a massive uprising against them, cops are seizing the chance for photo ops, kneeling, hugging, and praying with protesters.

On Thursday in Atlanta, cops decked out in military-grade gear kneeled to “honor” the memory of George Floyd, who had been murdered by a cop. A few days earlier, a cop in Atlanta was hugging protesters. But elsewhere in Georgia on May 29, their co-worker was busy killing Momodou Lamin Sisay, a Black man, in his car.

Amid all the cop hugging and kneeling across the country, the police and national guard also murdered David McAtee, a Black restaurant owner. McAtee was serving customers and not part of the protests when his shop in Louisville, Kentucky, was raided with military-like force.

Some of the other people killed since the uprising began — but not connected to the protests — are Derrick Thompson in Fountain, Florida; Modesto Reyes in Jefferson Parrish, Louisiana; and Jorge Rommel in Las Vegas, Nevada. Since the beginning of 2020, according to the police shootings database maintained by The Washington Post, cops have shot and killed 452 people. The killed are disproportionately Black and Brown.

But these numbers don’t give us a clear picture. The FBI is the only agency tasked with keeping track of who the police shoot and kill. They get their numbers from the police themselves, and reporting it is optional. Corporate news sources like The Washington Post, meanwhile, rely on local news outlets that are often unreliable on police-involved shootings, in many cases leaving out, for example, the race of the victim.

And these numbers leave out all the other kinds of police violence, like the beatings, sexual assaults, and racist stop-and-frisk encounters that make up the police terror. Data for these and many other aspects of police violence simply isn’t collected in any large, long-term, and consistent way.

One investigation by USA Today in 2019 did uncover staggering evidence of police violence over the past decade that had been buried in  police files, revealing

tens of thousands of cases of serious misconduct and abuse. They include 22,924 investigations of officers using excessive force, 3,145 allegations of rape, child molestation and other sexual misconduct and 2,307 cases of domestic violence by officers. … Less than 10% of officers in most police forces get investigated for misconduct. Yet some officers are consistently under investigation. Nearly 2,500 have been investigated on 10 or more charges. Twenty faced 100 or more allegations yet kept their badge for years.

Horrific as these numbers are, they do not come close to telling the full story. Using the police’s own files, the investigation could only consider the actions the police itself bothered to record. It also ignored the racist dimensions of police violence.

One thing is clear, though. The uprisings haven’t stopped the cops’ regular work of attacking Black and Brown communities. That work has continued amid the many protests and uprisings of the past few years, like those after the cop executions of Michael Brown, Sandra Bland, and Eric Garner. In the United States as a whole, police continue to shoot and kill about 1,000 people every year. That number has been amazingly consistent, and Black people are still 2.5 times more likely to be killed by cops than white people. The picture is even grimmer on the local scale. In Utah, a Black person is almost ten times more likely to die from a cop’s bullet than a white person is.

Police violence isn’t a glitch in the system — it is the system. Cop shootings, like the brutal violence against protesters across the country, just demonstrate this fact.

The police serve vital functions in capitalism, like terrorizing, imprisoning, and murdering Black and Brown communities to prevent radical uprisings like those of the 50s, 60s, and 70s; clearing the way for gentrification; filling prisons that generate massive profit; and creating a scared and exploitable pool of workers. Capitalism can’t function without white supremacy, and white supremacy and its institutions — like the police, whose history traces back to slave patrols — flourish in capitalism. But at the same time, the police’s ongoing project of violent control and displacement helps spark massive uprisings of Black and Brown communities alongside their allies across the working class.

Now we’re seeing capitalism hard at work trying to co-opt and defuse that surge of radical power. The Democratic Party is trying to steer the rebellion into safer channels, with former President Obama saying the solution is voting, and Democratic nominee Joe Biden dreaming of a world where kinder cops just shoot people in the leg, not the heart. These are the kinds of reforms that have been pushed on us for years, after the previous Black Lives Matter movement following the deaths of Michael Brown, Philando Castile, Eric Garner, and others. But other and more powerful possibilities are opening up.

The uprising against the police happening now is the most energized, militant struggle in recent U.S. history. And it is overlapping with the bosses’ war against workers, who are being forced back to their jobs under extremely dangerous conditions during the on-going Covid-19 pandemic — forced to choose between their lives or their paychecks. In this situation, we have a chance to connect these struggles — and that connection that is already starting to be made here and there. City bus drivers across the country are refusing to transport arrested protesters, while teachers in Minneapolis forced their school district to cut ties with the police.

A key way to forge those connections is the building of an independent and revolutionary working-class party. That kind of party could be a mouthpiece for the ideas and demands of the oppressed and workers themselves, beyond and against the reformism of the ruling class that is trying desperately to rescue its power in this crisis.

And it could be the tool we need for connecting the wider working class to the fighting in the streets, while coordinating that with the power of workers to organize in, strike,and sabotage their workplaces: putting a stranglehold on the profits that are crucial for white supremacist capitalism to function.