Dangerous Working Conditions: Teachers in the Midwest Speak Out

As the pandemic surges to record numbers in the Midwest, education workers are speaking out against state officials that are putting their lives at risk. 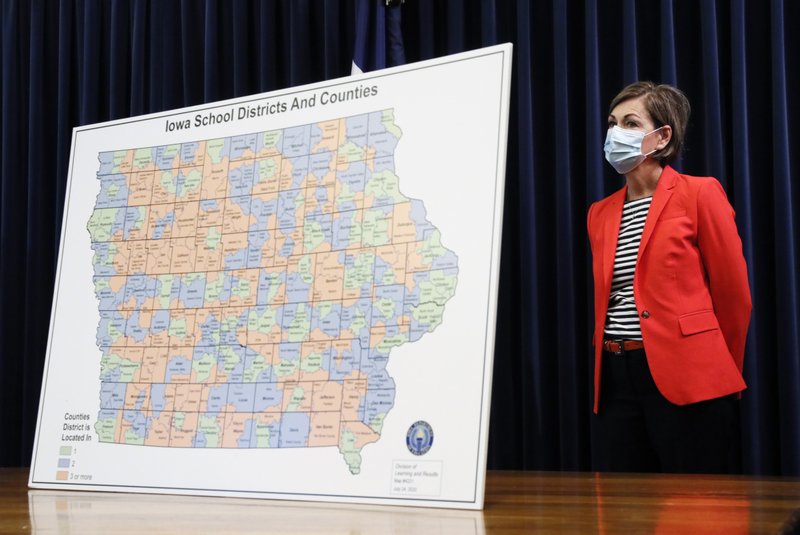 Educators in the Heartland are feeling the pressures of the pandemic. Without widespread testing, mask usage, or any restrictions on businesses, many school districts and workers are left to fend for themselves. As we move into winter, the number of cases and deaths are projected to rise.

Coronavirus cases are surging all over the US, but no region has been hit as hard as the Midwest. On November 14th, Johns Hopkins University reported that the state of South Dakota had a weekly average positivity rate of 59.5%. Despite the high risk of transmission, South Dakota and its neighboring state Nebraska have yet to implement a statewide mask mandate. As of Tuesday, the governor of neighboring Iowa has only now issued a mask mandate, after months of refusing to do so.

To try to understand what it is like for workers on the frontlines of the pandemic, I talked to some education workers in those states. According to these workers,  the state response has created a dangerous situation for workers and students.

“My wish is that our state and local government would do more to protect our citizens.  It has been proven that masks save lives!  It is hard to make everyone wear masks at school, but it can be done.  When they (the students) see others not wearing them in businesses around town, it defeats our goal of stopping the spread.”

She also told us that the state has made a supply of rapid tests available for staff and students, but we found that these tests are reserved for symptomatic individuals. This fails to take into account CDC guidelines that say asymptomatic carriers can also pass on the coronavirus. In Iowa and Nebraska, testing has yet to be made widely available in schools.

Workers in all three states say they have made preparations should they need to shift to distance learning. But at least in Nebraska, teachers are still unclear when that shift might come, “Originally our school district had said we would all be shifting to distance learning once the dial had gone to red. That has already happened yet no change has been made.”

Similarly, in Iowa, one of the nation’s hardest-hit counties released guidelines in July stating that should the positivity rate rise above 15 percent schools could file a request with the Iowa Department of Education to move to distance learning in the elementary and middle schools. Workers report that even in the face of a 29 percent positivity rate, no request has been filed to make the switch to remote or hybrid learning.

Staff petitioned the school board to require mask use, in keeping with new CDC guidelines over a month ago, but their request went unheard. This left workers feeling helpless to stop the spread. “Once school started, I couldn’t help but feel resentful that even though I was trying to do the morally responsible thing and make personal sacrifices, my efforts were nullified because I walked into an unsafe environment for eight hours a day. It didn’t have to be that way. Finally, our school board has reversed its decision, and as of Friday our county has implemented a public mask mandate. I want to be optimistic that things will get better, but I guess we will have to ‘wait and see,’” said one educator in Iowa. As of Tuesday, the state of Iowa has implemented a mask mandate, after months of leaving its workers out to dry.

Workers in each state agree: the messaging from their local politicians has been that mandates are too invasive and shutdowns are too extreme, but the lack of safety measures has made it difficult to stop the spread of the virus.

At the same time, education workers also face anti-worker legislation that poses obstacles for the labor movement to respond to these life-threatening conditions. Most states in the U.S., including the three mentioned here, have laws prohibiting teachers from going on strike, which undermines the right for teachers to defend themselves against these dangerous working conditions. Similarly, because these states have refused to shut down businesses, or cancel rent and mortgage payments, working parents are without options should the schools be forced to close. The second wave is now upon us, and instead of looking out for workers and students, elected officials in the Heartland continue to put profits over lives, putting the region and the country at great risk, and prolonging the pandemic for us all.