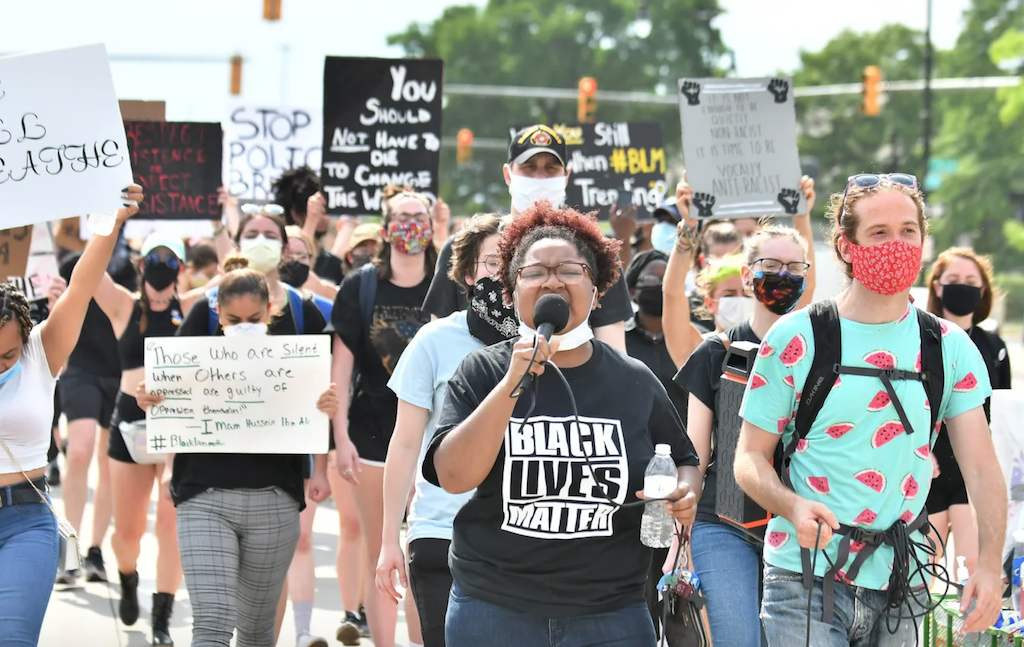 Yesterday, Detroit police killed yet another Detroiter having a mental health crisis. This is the second person killed by police within a month. And what has been the response of our elected leaders – who we mobilized ourselves to vote for in fear of the right-wing Republicans? Their response has been to increase the funding of the police without creating any measures for accountability, or any alternative solutions to the growing mental health crisis.

A higher police salary would not have changed the unfortunate and unnecessary outcome of police responding to a mental health situation. Why? Because people trained and given a license to kill to defend “private property”, aka capitalism, are never fully capable of saving lives. When an armed person intervenes during a mental health crisis, it does not send the message that they are there for your safety. If 50% of the calls made to police are for mental health crises, then at least 50% of DPD’s budget should be reallocated to separate, non-police mental health resources.

To get the type of justice and resources we deserve, we must fight to bring back the militant spirit of the BLM movement, and expand it to include people doing everything they can to make sure “business as usual” doesn’t happen until our demands are met. That doesn’t just mean marching in the streets, but taking action at our workplaces too, fighting and striking for Black and Brown lives.

It is clear that we need an alternative to the police, but it is also clear that both parties, Democrats and Republicans, are not interested in funding them, especially in majority Black cities like Detroit. Of course, any serious alternative would also require consequences for the use of lethal force against people having a mental health crisis. In Porter Burks’ case, police officers making the elementary decision to pull their guns on a person having a schizophrenic episode is the opposite of de-escalation, and DPD’s original resistance to holding a press conference or showing body cam footage is the opposite of transparency.

Today we are holding an event at 3pm at Adams Butzel Complex on 10500 Lyndon to speak out against DPD’s attempt to justify their lethal activity against those suffering from mental health crises while discussing the type of alternatives and mental health services we need. For everyone interested in justice, we need you there, ready to bring your ideas and energy. Let’s take the space to discuss a different way for our community.